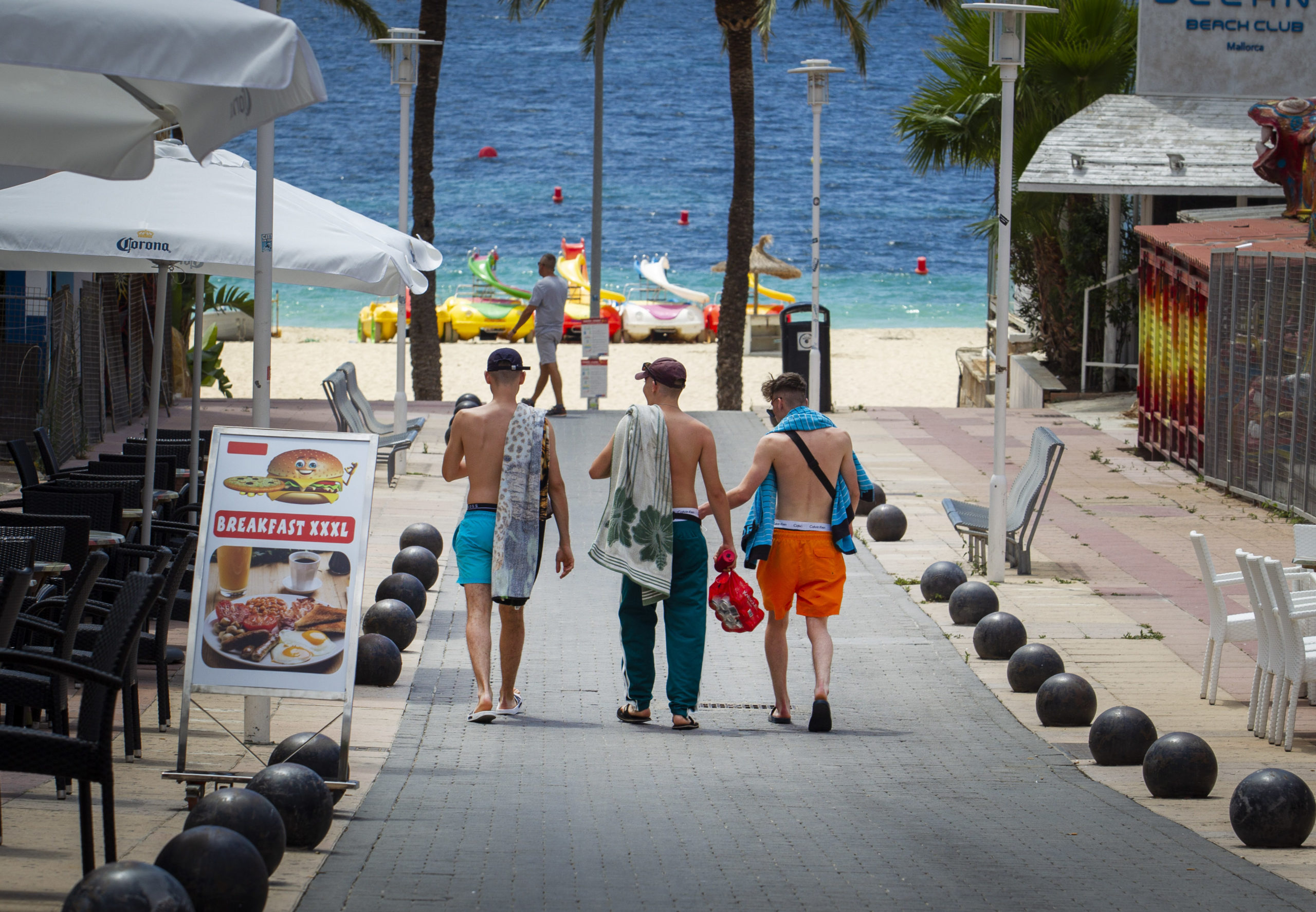 SANTANDER, Spain — Spain is fighting back a second wave of coronavirus — with no consensus on the way forward.

The spread of the virus has accelerated in Spain this summer, with 2,415 new cases diagnosed just on Tuesday. The country now has Europes highest incidence of COVID-19, with 173 positives per 100,000 inhabitants in the last two weeks. Regions such as Catalonia have reported more than 1,000 cases per day for four days in a row, while the number of positives is surging in Madrid and the Basque Country.

In contrast to March, however, cases have been largely limited to young people socializing after a long lockdown. That has kept deaths low as well.

Nevertheless, Prime Minister Pedro Sánchez conceded during a press conference on Tuesday that the evolution of the pandemic in Spain is “worrying.”

“Id like to convey a message of alert but also serenity,” he said. “Alert, because the evolution is not good, it is worrying in some parts of the country. But also of serenity because we are far from the situation in which we were in mid-March.”

“The responsibility for the pandemic is with the government of Spain, independently of the powers of the devolved administrations” — Ana Pastor, Popular Party

In another contrast from the spring, the Spanish government is now allowing the countrys 17 autonomous regions to respond to the local outbreaks on their own. Regional and national leaders hold regular meetings to coordinate their response, hashing out issues such as a recent ban on smoking outdoors if the 2-meter social distancing rule cant be guaranteed, and shutting nightlife venues such as clubs and cocktail bars.

However, when it comes to implementing these restrictions, the regions are hitting a legal wall.

Since the national state of emergency expired in June, regional governments must obtain a judges approval for any measure that could curtail fundamental rights. That has led to judges in various parts of Spain overturning restrictions.

Meanwhile, the variety of voices representing different levels of the government havent always been on message with public communication.

Carme Borrell, the director of Barcelonas Public Health Agency, points to this disconnect as a major concern.

“At the state level, we have [health emergency coordinator] Fernando Simón,” she said. “But at the level of the regions we had a number of different people communicating, each one with their own view, and that hasnt helped.”

Sánchez has countered that such a reform isnt necessary because, in his view, regional presidents have that authority already. But he also admits that some regions have been more effective than others in tackling the spread of the virus.

Another charge from the conservatives: Sánchez is yet to fulfill his promises, including creating a national public health agency.

“The responsibility for the pandemic is with the government of Spain, independently of the powers of the devolved administrations,” said Ana Pastor, vice-secretary of social policy at PP, in an interview last week with public radio station RNE.

There are critics beyond the right as well.

Rafael Bengoa, co-director of the consultancy firm Healthcare and Strategy Institute and former health minister in the Basque Country regional government, also believes that the lack of a national agency is hurting the response. He also notes that Spain lacks a public health system thats integrated with primary healthcare — which has led to a lack of contact tracers and discrepancies in COVID-19 data. 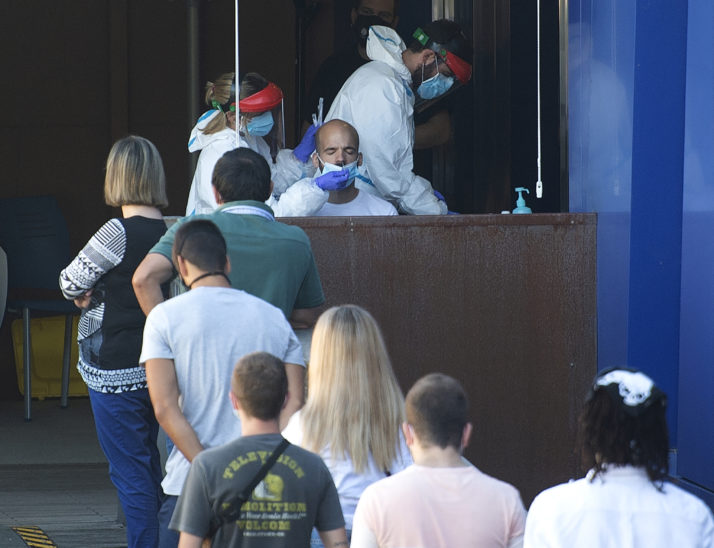 “The basic infrastructure wasnt up to the challenge,” he said. “And because we dont have that infrastructure, we have had to constantly improvise, more than in other countries.”

“Over the next month or month and a half, we must control the increase of cases because there is community transmission in at least a third of the country,” he added. “In those places its going to be very difficult to open the schools.”

Simón has been hinting at further local restrictions, pointing to high mobility among different parts of Spain as an important driver behind the surge in infections.

“In some instances, we will have to implement forceful actions to restrict mobility when there are many cases,” he said at a press conference on Monday. 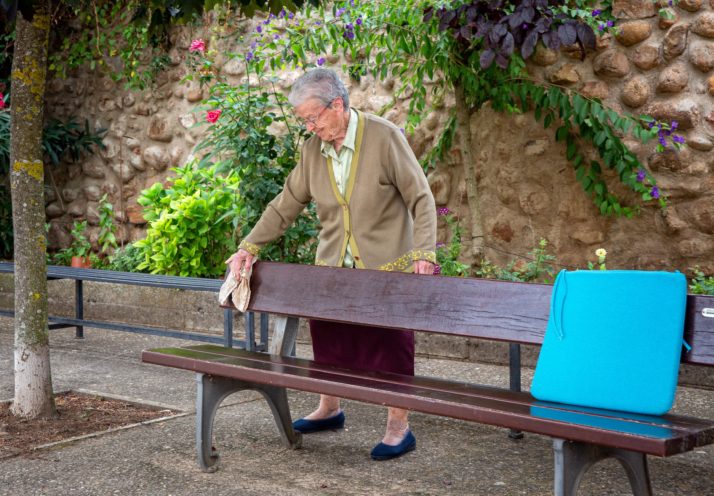 An elder woman cleans a bench before sitting on it in Medrano, La Rioja | Raquel Manzanares/EFE via EPA

Virologists, however, are warning that Spaniards are not complying with the restrictions enough, partly because of a desire to enjoy the summer and break free from the lockdown.

“Nobody wants yet another strict confinement,” said Margarita del Val, a virologist at the Severo Ochoa Cell Biology Center in Madrid. “But to avoid that, we must apply all the other restrictions with [more] rigor.”

Fernando Rodríguez Artalejo, director of the doctoral program in epidemiology and public health at the UniversidadRead More – Source
[contf]
[contfnew]