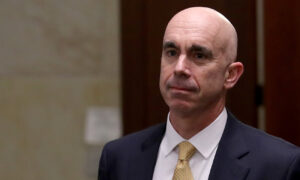 Two Democrat leaders have launched an investigation into the late-night firing of State Department Inspector General Steve Linick, following concerns that the move may be politically motivated.

Rep. Eliot L. Engel (D-N.Y.) and Sen. Robert Menendez (D-N.J.) announced the probe on Saturday, saying that they had requested the White House, State Department, and the State Department Office of Inspector General to preserve all records related to the firing and to hand over those documents to the two committees by May 22.

Late Friday, President Donald Trump notified Congress of his intention to dismiss Linick, saying that the inspector general no longer had his “fullest confidence.” Linick, who would be removed in 30 days, will be replaced by Ambassador Stephen Akard, the state department said in a statement.

Linick is the latest independent watchdog to be replaced this year. In April, Trump announced the dismissal of Michael Atkinson, the inspector general for the Intelligence Community who handled the anonymous whistleblower complaint that triggered the House Democratic-led impeachment inquiry against Trump. Glenn Fine, the acting inspector general for the Department of Defense, was also removed in April after he was named to lead a watchdog committee overseeing how the $2.2 trillion CCP virus relief package is being spent.

Engel, the Chairman of the Democrat-led House Foreign Affairs Committee, and Menendez, the ranking member of the Senate Foreign Relations Committee, raised concerns about the pattern of dismissals saying in a statement that they “unalterably oppose the politically-motivated firing of inspectors general and the Presidents gutting of these critical positions.”

The two lawmakers claimed, citing media reports, that Linick was fired after he had opened up an investigation into alleged wrongdoing by State Department Secretary Mike Pompeo, while the timing of the move suggests that it could be an “act of retaliation.” The lawmakers did not provide any details of the alleged investigation into Pompeo.

“President Trumps unprecedented removal of Inspector General Linick is only his latest sacking of an inspector general, our governments key independent watchdogs, from a federal agency,” the lawmakers said.

The State Department did not respond to inquiries from The Epoch Times on Friday about the circumstances of Linicks dismissal.

The lawmakers are asking the administration to hand over records and information on the firing of Linick, information about his replacement Akard, and records of inspector general investigations involving the Office of the Secretary at the time of Linicks firing.

Linick, an Obama appointee, had served in the role since 2013. Before that, he served as the first inspector general of the Federal Housing Finance Agency. Prior to that, he supervised fraud casesRead More From Source
[contf]
[contfnew]