Russian Communist Party head Gennady Zyuganov has described the proposal to raise the retirement age in Russia as “insanity” and says the issue should be decided by a nationwide referendum.

The Communist leader told reporters that he and his party comrades understood the necessity to ease tensions in society, which he called “serious and deep,” but urged using methods other than raising the retirement age. “If you want to accept this challenge you must end the schism in which some get richer and others cannot make ends meet,” Zyuganov said.

He went on to say that the government initiative to raise the retirement age was “insanity,” adding that matters such as this should be decided in a nationwide referendum.

The Russian government is currently taking steps to prevent a looming pension crisis, and one of the proposals – raising the retirement age – has become a hot topic among Russian politicians and the media.

On Friday, business news site RBC quoted its sources “close to the government” as saying that the ministers had approved the general concept of the reform according to which the retirement age will be raised from 60 to 65 for men, and from 55 to 63 for women. Sources noted that a softer option of raising the retirement age to 65 and 60 years respectively was also possible, and said that both options allowed for the benefits of certain professions (such as firefighters or military servicemen) and for regions with especially difficult climate conditions, to be retained.

The deputy head of parliamentary majority caucus United Russia, MP Andrey Isayev, said in comments with TASS that the parliament had not looked into the governments draft concerning pension reform and described media reports that the cabinet had agreed on the final draft of this document as rumors. He also said that lawmakers expect the government to submit the bill on pension reform in the near future.

Russian President Vladimir Putin was asked about pension reform during his Thursday Q&A session and said that he expected the government to present proposals on the issue in the near future.

“As far as the retirement age is concerned, you know my position: I have always treated this issue with the greatest degree of caution and I still do. I want to emphasize once again: the key task of the whole pension system is to significantly increase the well-being and incomes of pensioners,” Putin said. 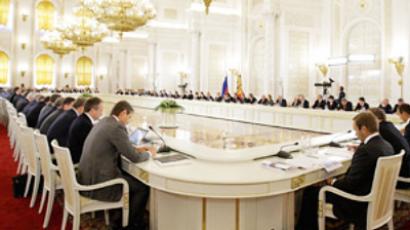 Upper House speaker Valentina Matviyenko told the press she supported the idea of raising the retirement age, but insisted that the increase be “very smooth and calm and over an extended period of time, for example over ten years.”

“We should increase the retirement age by six months every year, both for men and women,” she said.