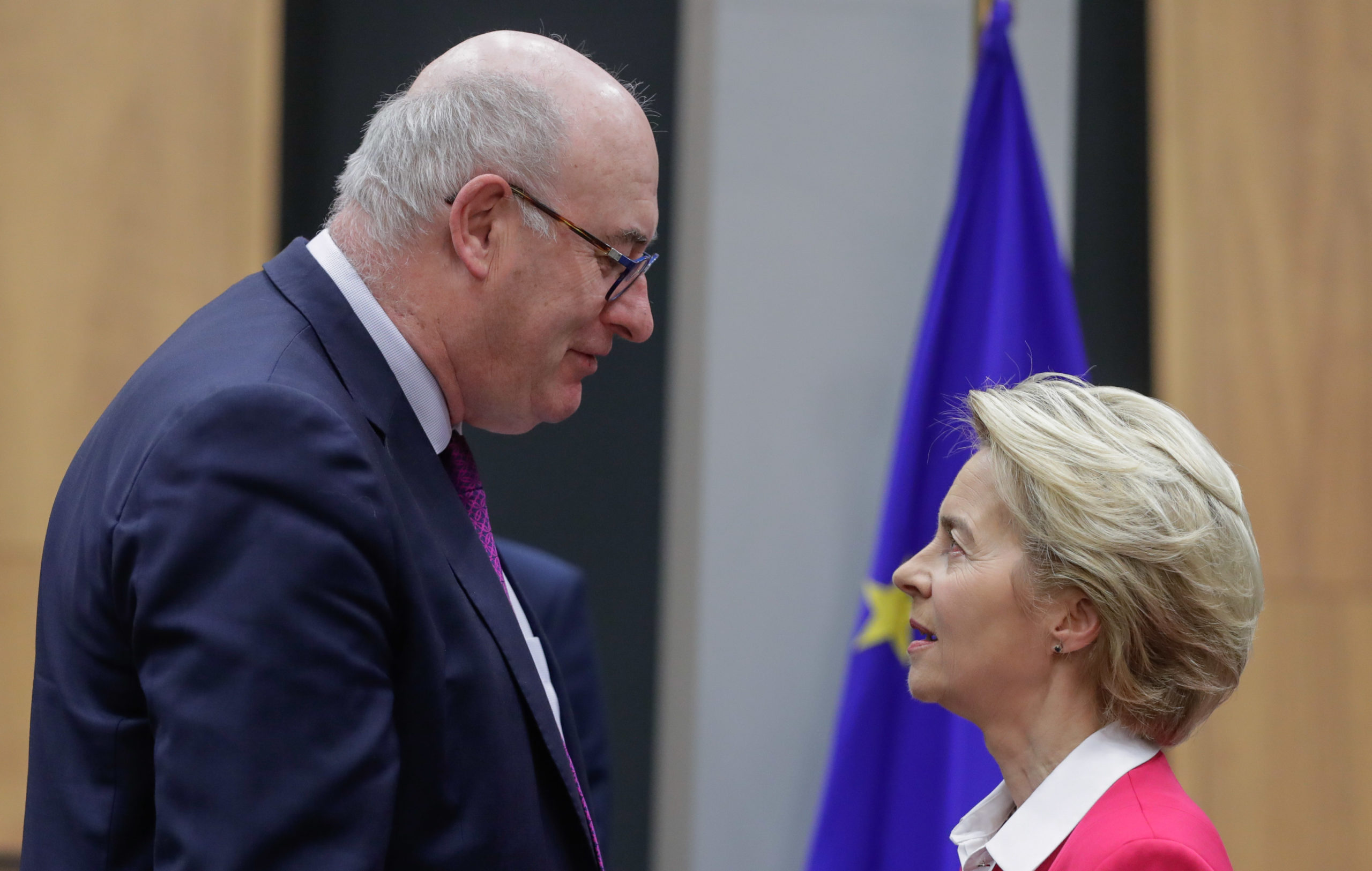 European Commission President Ursula von der Leyen asked Phil Hogan to give her additional information about his conduct in Ireland amid a scandal over breaking coronavirus restrictions, a spokesperson said Monday.

“The president has requested further clarifications because details are important and she wishes to have them,” Commission Spokesperson Dana Spinant told journalists.

“She is in the process of gathering facts,” the spokesperson said, adding that Hogan gave von der Leyen an initial account of his behavior on Sunday night — including his attendance at a rule-breaking golf society dinner last week.

Irish media reported late on Sunday that Hogan may have breached a local lockdown by traveling into Kildare county on August 17, when he was also stopped by police for using his cell phone while driving.

“[Von der Leyen] does expect commissioners to comply with the same rules as citizens do,” Spinant added.

Earlier on Monday, Irish Prime Minister Micheál Martin told the RTÉ broadcaster “people are furious and theyre angry at what has happened.” According to RTÉ, Martin insisted that Hogan should still reassure people the lockdown was not broken in Kildare, but did not call for the commissioner to go.

“In terms of his role as a European commissioner, I think hes been a goRead More – Source
[contf]
[contfnew]