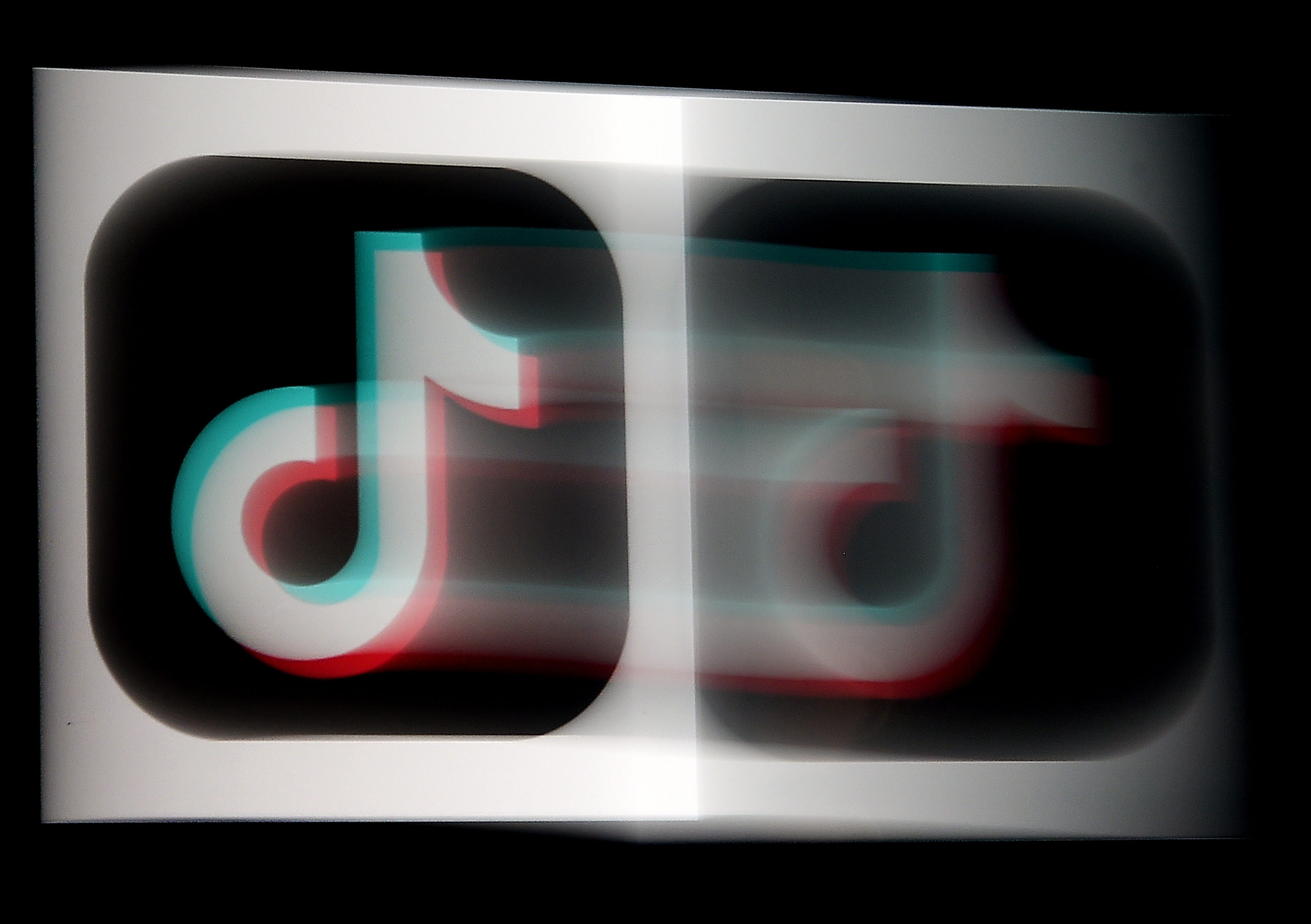 The United States government this week launched a new phase in its campaign to push back on Chinese technology firms, announcing efforts to block cloud and software companies from China from thriving in the West.

The move was flanked by a decision Thursday to block business dealings with social media company TikTok and chat app WeChat and follows a two-year-long diplomatic campaign against telecom giant Huawei, as officials warned repeatedly that these firms dont play by Western rules, particularly when it comes to snooping and data protection.

U.S. Secretary of State Mike Pompeo, who is scheduled to visit Central Europe next week, signaled Washingtons plans to use its trade and export tools against a broader range of Chinese technology firms. Those efforts will likely spill over into Europe, where privacy concerns, human rights woes, security and trade interests are advancing political pushback against Chinese tech.

[TikTok] was the most downloaded app in the first three months of 2020.

TikTok is owned by Chinese tech giant ByteDance and has a sister application in China called Douyin. The app has become immensely popular with young people worldwide: It was the most downloaded app in the first three months of 2020.

Whats the fuss: U.S. President Donald Trump issued an executive order Thursday banning “transactions” with ByteDance, alleging the company shares user data with the Chinese state. ByteDance denies the allegations, saying its user data is stored in the U.S. and Singapore. It said it will build a new data center in Ireland. It is now mulling a sale of a chunk of its business to Microsoft to avoid the ban.

Between the lines: Like most advertising-funded social media platforms, TikTok collects a lot of user data, raising privacy concerns. The platforms young clientele is an added cause for concern.

What Europe thinks: Calls for a ban have so far not been echoed in Europe, even in capitals that have taken tough stances against Huawei. Europes grouping of privacy regulators set up a task force to look into TikTok earlier this year, and several national watchdogs are also investigating the app.

The new Irish data center could shake up ongoing privacy probes in Europe, which could be entrusted to the Irish Data Protection Commission.

WeChat, owned by Tencent, is sometimes called a “super app,” offering messaging, social media and payment functionalities to its users. Its relatively small outside China.

Whats the fuss: Trump issued an executive order against WeChat, similar to the one on TikTok, barring “transactions” with the company. Pompeo said earlier on Fox News that the app was “feeding data directly to the Chinese Communist Party.”

Between the lines: WeChat would have access to large amounts of personal data from its individual users. A recent report by the Toronto-based digital rights research organization Citizen Lab also showed the app used its international users posts to train its domestic version to better censor the Chinese internet. 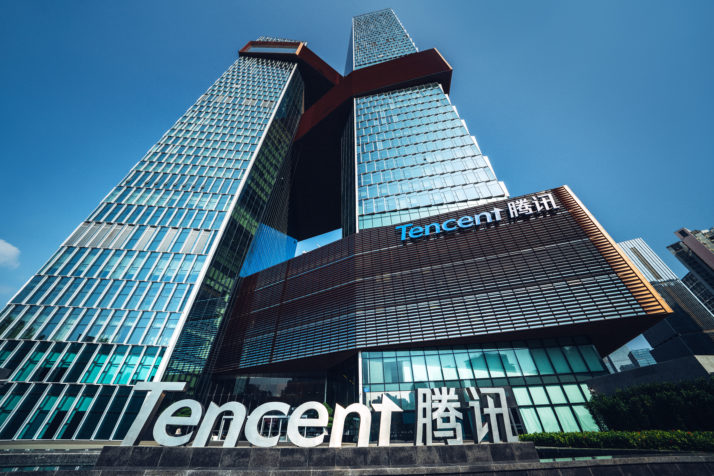 The offices of Tencent, the company that owns WeChat | Nikada/iStock

Alibaba is Chinas dominant e-commerce and cloud company. The firm has data centers in China, the U.S., Germany and the U.K., among other countries.

Whats the fuss: Founder Jack Ma met Trump days before he took office as president in 2017, and promised to create 1 million jobs in the U.S. Relations have soured since but Alibabas name had remained largely absent from the U.S. onslaught against Chinese tech giants. That changed this week, when Pompeo announced plans to create “Clean Cloud,” which would bar Alibaba from getting access to U.S. citizens personal data and companies corporate data.

Another concern goes back to last year, when the city of Hangzhou said it would embed state officials at tech companies including Alibaba — blurring the lines between the company and the state.

Europe wants to move away from foreign cloud providers.

What Europe thinks: Alibabas cloud services arm has data centers in Europe and caters to the Continents companies, like Dutch electronics firm Philips. But Europe also wants to move away from foreign cloud providers.

Alibaba has also faced harsh criticism from European consumer groups, who warn that the companys e-commerce platform floods the European market with illegal and dangerous items.

Whats the fuss: Nuctech is owned by an industrial conglomerate that also works in Chinas nuclear sector, raising security concerns. Also, the EU put anti-dumping duties on the companys cargo scanning equipment a decade ago. But in recent years it has found success in selling security gear to European airports.

“Its extremely worrisome if a foreign state-funded company gets more and more control over our strategic infrastructure,” German conservative MEP Axel Voss told POLITICO previously about Nuctechs success in Europe.

Between the lines: One worry is that the gear could be used as a transmitter of malicious software. Another is that Nuctech equipment could cause disruption at Europes airports and borders if it were to be misused by foreign actors.

The case of Nuctech also poses tough questions for Europes competition authorities, who have trouble protecting the European market from Chinese companies that undercut the prices of European players.

DJI is a private drone-manufacturing company based in Shenzhen. Its the biggest beneficiary of the explosion in the worlds drone market, securing a 74 percent share, according to 2018 estimates.

Whats the fuss: The U.S. government has moved away from using DJI drones in recent years. Security officials fear the data gathered through the drones could include detailed imagery of critical infrastructure, military hardware, frontiers or nuclear sites. DJI officials rushed to assuage concerns, insisting it has access to “essentially none” of the data its drones produce.

Between the lines: The main problem is that DJIs non-Chinese alternatives are considered up to 10 times as expensive — a hard pill to swallow for public authorities procuring gear. 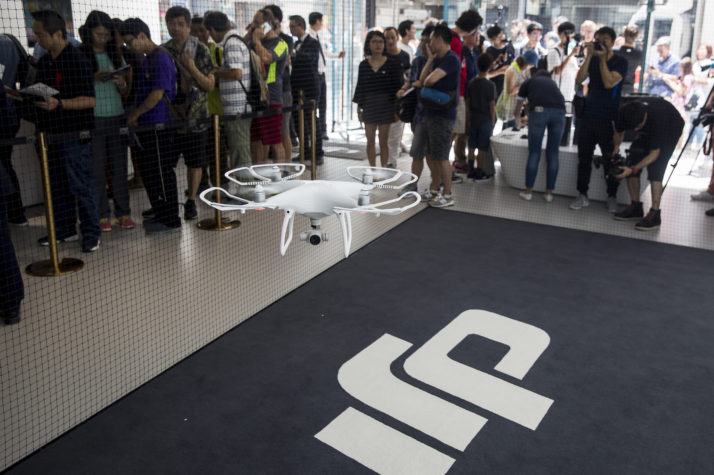