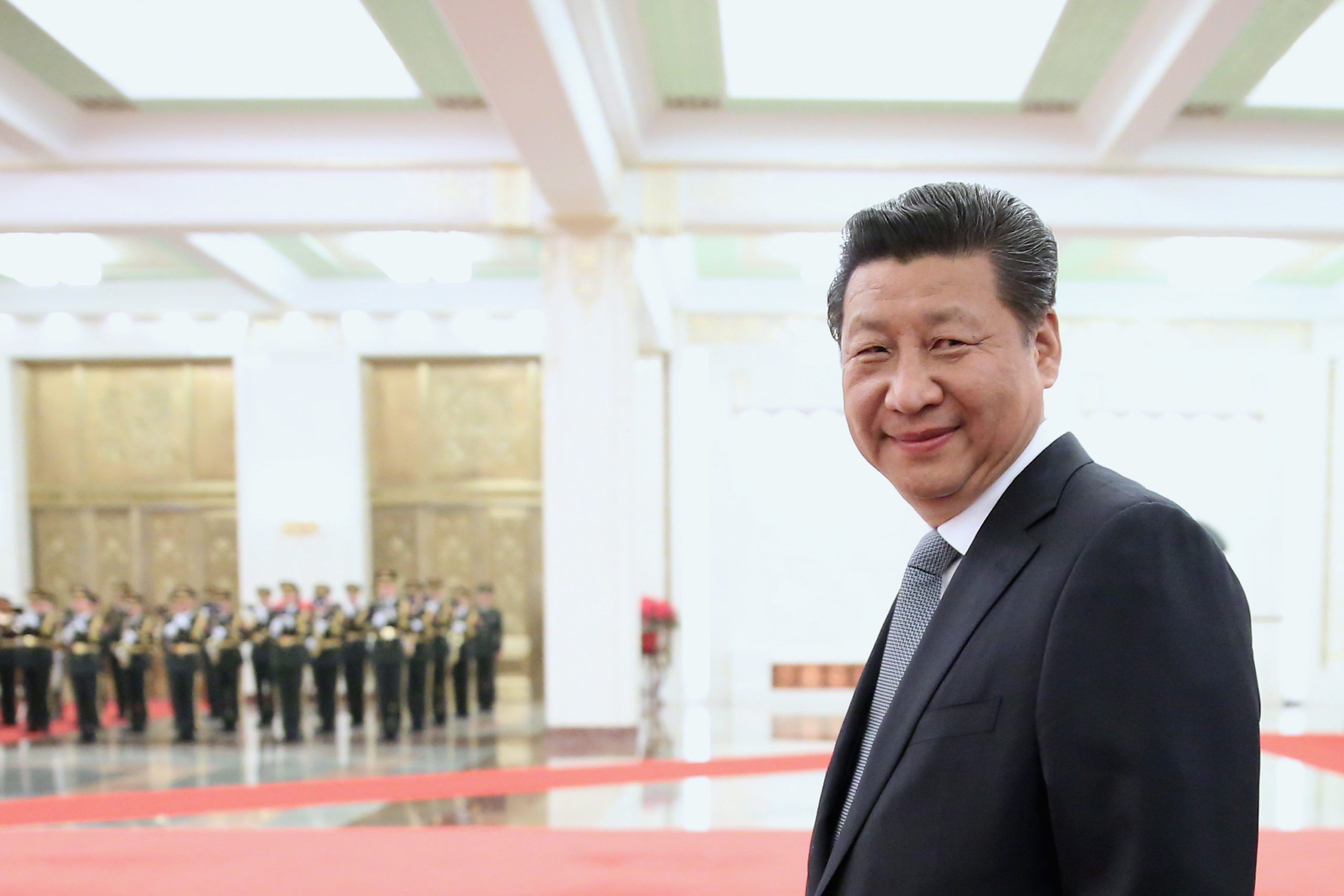 Before European leaders agree to a landmark investment accord with Beijing, they want to know what kind of China theyd be striking a deal with.

Is it the internationalist, multilateralist country trumpeted by Beijings top diplomats abroad? Or is it the one centered around a more Marxist vision, as presented by President Xi Jinping at home? Suspicions are growing among EU leaders that its the latter.

After talks with Xi on Monday, European Commission President Ursula von der Leyen vented frustration with Beijings reluctance to open up its economy. The EU, she complained, still needed convincing that it was “worth having an investment agreement.”

In her State of the Union address on Wednesday, she went even further in stressing the ideological gulf with Beijing, and criticized China over its human rights abuses in Hong Kong and against the Muslim Uighur minority in Xinjiang.

“There is no doubt that we promote very different systems of governance and society,” she said. “We believe in the universal value of democracy and the rights of the individual.”

Europes fundamental problem in reeling in a prize trade deal is Xis heightened talk at home of a return to Marxist values and a state-led economy — a message that is starkly at odds with the portrait that China wants to present abroad.

On the international stage, top Chinese officials parade their enthusiasm for an investment agreement with the EU by the end of this year, trumpeting market openness and multilateralism as a “win-win.” Thats the message that Chinas top diplomat Yang Jiechi and Foreign Minister Wang Yi typically carry with them on visits to Europe.

But back home, Xi extolls the virtues of a “Marxist political economy” while officials issue bellicose warnings against outside interference in what they regard as their countrys political affairs, whether in Hong Kong, Xinjiang, or even Taiwan. Government-controlled news outlets publish editorials about the importance of state-owned companies and an economy under the command and control of the Communist Party.

Given that double-talk, its little wonder that the EU is in no hurry to sign anything.

Making nice with the EU

Speaking to the state-run Xinhua news agency following visits to Spain and Greece this month, Yang said the EU was “one of the most important foreign relationships for China.” Wang pushed for an investment deal by the end of the year and urged the EU to deepen cooperation in economy and trade, sustainability and digital technologies.

This narrative of openness is one adopted by Xi, too — at least where he has an audience receptive to this message. “The world economy thrives in openness and withers in seclusion,” he reminded delegates at a recent trade fair.

Yet policymakers in Europe are deeply worried by the harsher, isolationist — and some would say contradictory — rhetoric coming from Beijing in recent months.

In an editorial on August 15 for the party periodical Qiushi, Xi said that Chinas state-led, Marxist political economy must remain the bedrock on which the country builds its future, with the countrys state-owned enterprises enjoying a privileged status. That position is unlikely to please EU trade officials, whose idea of a level playing field means reducing Beijings support for SOEs.

Europes policymakers are also worried by a host of other factors that mark out China as a questionable partner. Beijings bellicose “wolf-warrior” diplomats are looming large in the international arena, and China is perceived as attempting to pit richer and poorer states in Europe against each other. The Chinese governments caginess over the origins of COVID-19 has also proved unsettling.

“What we see since Xi Jinping became president is a China thats become much more assertive abroad and is committing human rights violations domestically,” said Evelyne Gebhardt, vice chair of the European Parliaments delegation to China.

In Mondays video conference, European leaders came away with few concrete concessions. Von der Leyen said there was still a “lot to do” on market access and sustainable development standards. After Chinas widely condemned National Security Law in Hong Kong and accusations of consistent flouting of subsidy rules, there are also question marks over whether Beijing would stick to its commitments in an investment treaty. 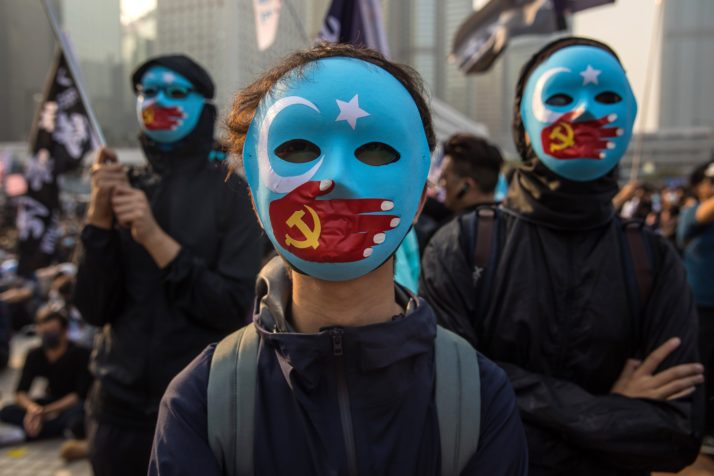 Some are more sanguine about the prospects, however. Bernd Lange, head of the Parliaments International Trade Committee feels that the devil is in the details when it comes to a successful deal with China. “We have to be careful in the concrete formulation of an agreement,” he said.”If there is one, they will execute it.”

Reinhard Bütikofer, the Green MEP who heads the Parliaments China delegation, did not share this optimism: “I dont trust Chinese pledges to support open trade and anti-protectionism,” he said.

In a speech to European business leaders last week, Chinas Ambassador to the EU Zhang Ming described non-tariff barriers such as European competition policy and investment screening as “mountains” standing in the way of Chinese companies.

A survey published last week by the Chinese Chambers of Commerce in the EU found that 60 percent of Chinese companies surveyed cited “a slight decline,” and 10 percent “a significant decline” in ease of doing business in Europe since 2019. 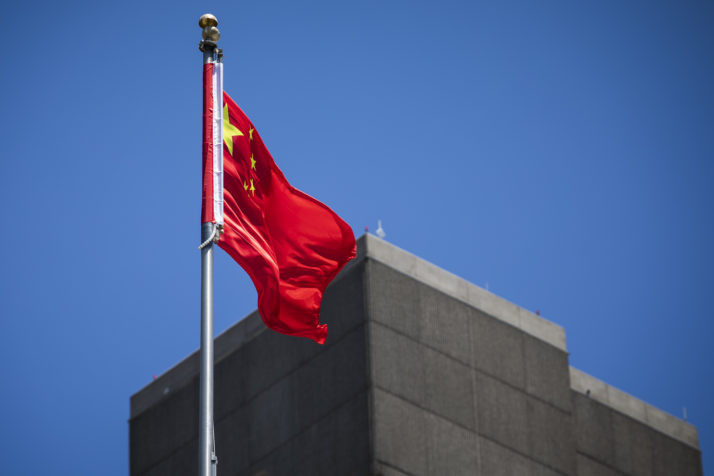 Chinas also complained about EU agricultural subsidies, which make up almost 40 percent of the blocs expenditure.

Yet the fact remains that China does seem to communicate two opposing messages. According to Andreea Brînză, vice president of the Romanian Institute for the Study of the Asia-Pacific, Chinese leaders tend to speak in terms that aRead More – Source
[contf]
[contfnew]