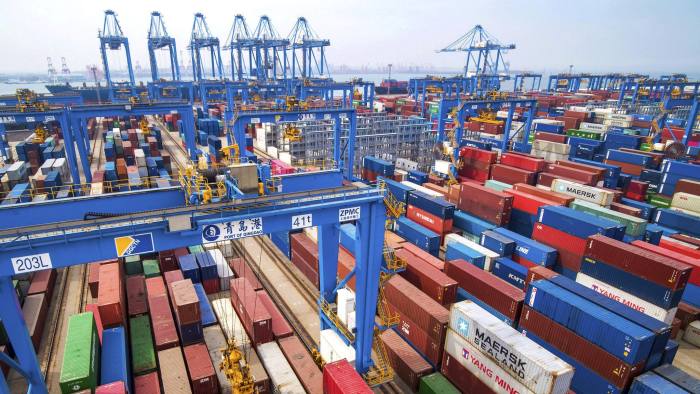 China’s exports remained strong in October, totaling $300.2 billion, up 27.1 percent from a year ago.

The economy is trying to weather power shortages and COVID-19 outbreaks.

Although China’s exports recoded a higher 28.1 percent increase in September, October’s figures are still healthy. Imports came in at $215.7 billion, a 20.6 percent rise.

Exports and imports are much higher than a year ago, when much of the world was in the throes of the COVID-19 pandemic. Yet, there is widespread concern that economic headwinds are slowing growth.

China’s economy has been hit by the government’s tough COVID-19-related restrictions, which have depressed domestic travel and consumer demand.

As well as, power shortages pushed down factory production, while regulators are cracking down on debt-laden real estate developers, slowing the housing market.

China’s trade surplus in October was $84.5 billion, up from $66.8 billion the previous month.

In a related context, China’s trade growth with the US slowed in October compared with September, Chinese customs data revealed on Sunday.

The China-US phase one trade deal continues to move forward before the conclusion of the agreement approaches in January 2022.

Despite October statistics, the phase one trade agreement between China and the US is moving forward as China has increased its purchase of US energy products.

According to customs data, although bilateral trade increased 33.4 percent year-on-year to reach $66.794 billion from January to October, the growth rate dropped, compared with a 35.4-percent growth from January to September.

That sent China’s trade surplus with the US to $40.75 billion in October, down from $42 billion recorded for September, according to calculations made by the Global Times.

China’s import value from the US stood at $14 billion in August, rising to $15.4 billion in September but down to $13 billion last month.

“Which country could stabilize domestic supply chains and boasts big share in global value chain will outperform in foreign trade,” he added.