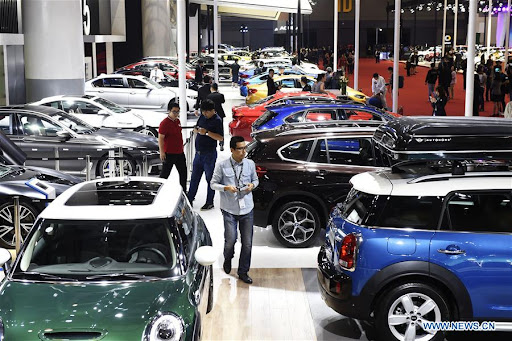 China’s auto sales fell in July for the third month in row due to flooding in some areas of the country in addition to COVID-19 outbreaks in other areas.

The global shortage of semiconductors also played part in downturn.

The country is the world’s biggest auto market.

China’s auto sales increased by 19% as the market recovered from pandemic lows during the first seven months of the year.

However, the sales are expected to fall gradually for the rest of 2021 to lower than below relatively high year-ago levels, CAAM said. This is despite the market is still expected to log growth overall on an annual basis.

The global chip shortage, which has led to automakers curtailing production, was unlikely to resolve itself soon as the pandemic rages on in many parts of the world, Chen Shihua, a senior CAAM executive, said.

Nonetheless, sales of new energy vehicles continued in July and doubled to 271,000.

The company currently only sells its products in China, but it plans to expand to international markets.

The company is growing its revenue impressively and its net income is trending in the right direction.

The company’s revenue grew significantly in the last few quarters, in-line with the growth in its vehicle deliveries.

As well as, BYD Company has been growing its revenue rapidly and has been making profits for years.

In Q2, BYD delivered 99,828 new energy vehicles, which included plug-in hybrid vehicles as well as buses and other commercial vehicles.