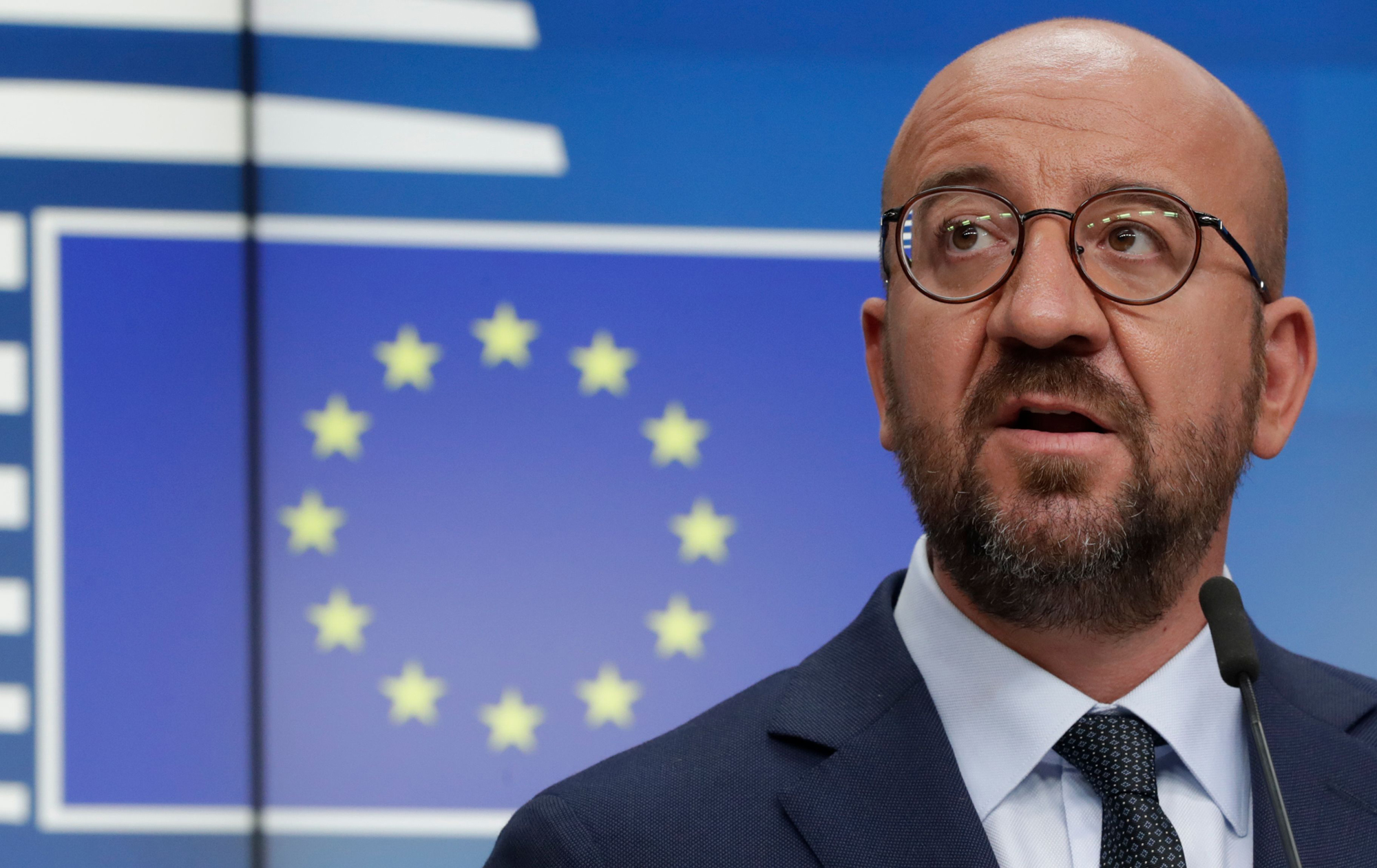 European Council President Charles Michel on Tuesday called on EU capitals to make polluters pay for access to the blocs single market, as part of a package of new revenue to help finance a blockbuster €1.8 trillion budget-and-recovery plan agreed in July.

In a speech to the Brussels Economic Forum, Michel said it was now crucial for EU heads of state and government to follow up on the landmark budget deal by creating permanent new revenue streams for Brussels, including a carbon border adjustment mechanism.

Capitals historically resist the creation of such revenue known as “own resources,” preferring to keep direct control over all taxing authority and to channel funds through national coffers.

But in agreeing on a new seven-year EU budget blueprint, known as the Multiannual Financial Framework, leaders agreed to consider such proposals, in part as a way of helping to repay for a historic amount of joint debt that the bloc will incur to finance economic recovery programs in response to the coronavirus pandemic.

“Establishing these new resources is of the utmost importance,” Michel said in his speech. “Not only because creating new substantial revenues will be an irreversible step in strengthening the Unions capacities. Not only because environmental taxation will make a pivotal contribution to our carbon-neutrality goal for 2050.”

The 27 EU countries have long been divided over the idea of a carbon border tax, which was first championed by the French government.

Michel continued, “Its much more than that: We will not accept that environmentally substandard goods unfairly compete with European products, while at the same time damaging the planet. And we are ready to establish a carbon border adjustment mechanism in line with an improved Emission Trade System to protect our level playing field. If foreign companies want access to our market, we expect them to be on the same footing as our European companies.”

The 27 EU countries have long been divided over the idea of a carbon border tax, which was first championed by the French government. German exporters had worried about blowback. But with climate goals becoming tougher and industry worried about competition, the policy has found broader acceptance — including explicit backing from German Chancellor Angela Merkel.

Even so, the idea faces other logistical hurdles that the European Commission is working to surmount such as how to devise a levy that does not fall foul of World Trade Organization rules. Major imports, such as Chinese steel, could be affected by the policy, which could also prompt an angry outcry by big trading partners.

The call for the carbon border tax was part of a broader call by Michel for EU heads of state and government to push for concrete implementation of the budget-and-recovery plan, which he described as historic in many regards.

Michel also warned leaders that they must prove to citizens that all the money is well-spent and properly accounted for.

“COVID-19 has shown the pivotal role of the state in protecting livelihoods and businesses,” Michel said. “But we must remain vigilant. Theres nRead More – Source
[contf]
[contfnew]