The battleground in Catalonias independence push is moving from the street to the screen.

The separatist government is supercharging efforts to create what it calls a “digital republic,” which would enable it to exert some powers even if Madrid imposes direct rule. But Spains Socialist government, back in power after a national election, has already tried to pull the plug on this fledgling online shadow state.

Spearheading the online independence bid is Catalonias digital policy minister Jordi Puigneró, a British-trained computer engineer, who jokingly refers to himself as “just an IT guy.”

“The Spanish authorities are scared that we built a different model of society which is based on digital technologies,” he told POLITICO in an interview.

“I say to the Catalan independence movement that there will be no independence either offline or online, and that the state will be just as forceful in the digital world as it is in the real world,” Sánchez said on national radio.

“The Spanish authorities are scared that we built a different model of society which is based on digital technologies.” — Jordi Puigneró, Catalonias digital policy minister

Sánchezs new emergency laws widen Spains reasons for shutting down websites to include an “immediate and serious threat to public order.”

Violent protests shook Barcelona for days last month after Spains Supreme Court jailed nine separatist Catalan leaders for up to 13 years for their part in the failed independence referendum of October 2017.

Although the new laws apply to the whole of Spain and do not specifically mention Catalonia, the decree does make reference to “recent and serious events that took place in part of Spains territory.”

Spains Guardia Civil police has already requested the closure of an anonymous civil society website called Tsunami Democràtic, which has 400,000 followers on the messaging app Telegram and was instrumental in organizing protests against the sentences of the Catalan leaders last month. 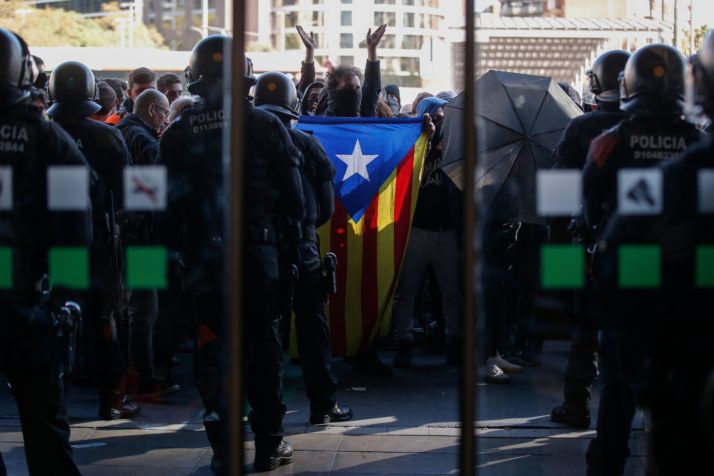 “They (the Spanish government) are opening a very dangerous door in a western European state, which is something the European Union should worry about,” said Puigneró.

Puigneró, from the pro-independence Together for Catalonia party, wants more digital powers in case Madrid imposes direct rule on the region, as happened for seven months after the Catalan parliament declared independence in 2017.

“If the internet is available, you could have a government taking decisions being voted by the people, a parliament which takes digital decisions, you have a digital identity, you can create a cryptocurrency, you can actually still govern your nation,” said Puigneró.

As part of its aim to launch a digital republic, the regional government has drafted a charter of digital rights and will open its own cybersecurity agency next year.

Puignerós Together for Catalonia colleague Carles Puigdemont, the former Catalan leader who now lives in Belgium, is also orchestrating independence efforts online, with a website for the Read More – Source