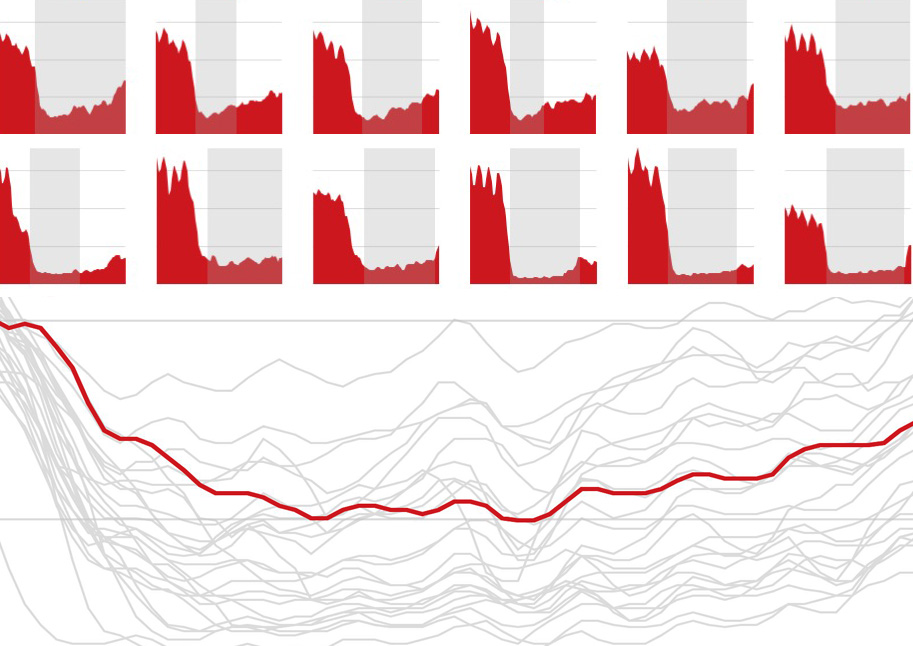 Europe is starting to move again.

Mobility data from smartphone apps shows that citizens across Europe gradually started moving and going out more even before lockdowns were lifted in many countries. In some, the data suggest that movement levels are now almost back to where they were in January.

Several platforms and app providers have made their aggregated mobility data available since the outbreak of the crisis, enabling us to compare when and by how much people in different countries have changed their behavior. The data is a proxy for general mobility because as people stop going out to shops or bars and follow the rules on avoiding non-essential movement, they also stop using direction-finding apps to look up how to get places.

POLITICO analysed the number of routing requests from Apples mobility reports from before and during the coronavirus crisis to reveal when people reduced physical contacts — and when they began moving again. The data on walking journeys is based on the selection of the type of mobility by users.

Many governments allowed more shops (and in some cases also cafés and restaurants) to reopen last week. On May 11, all shops in Belgium, Croatia and the Czech Republic opened up, as well as smaller retailers in France and Greece. In Austria, Cyprus, Germany, Poland and Slovakia that happened a week earlier.

The data does not show a steep increase before or around those dates but rather suggests that people are gradually resuming something approaching normal mobility. The cold weather at the beginning of that week in many parts of Europe might have played a role in reducing the number of walks.

Around May 4, when Spaniards were allowed to exercise outside for the first time again, the data shows a mobility bump, but overall in the countries hit the hardest, people are still staying home. In Sweden, with the loosest restrictions, the mobility index was back at around 90 percent of the amount of routing requests during normal times over the weekend of May 9 and 10.