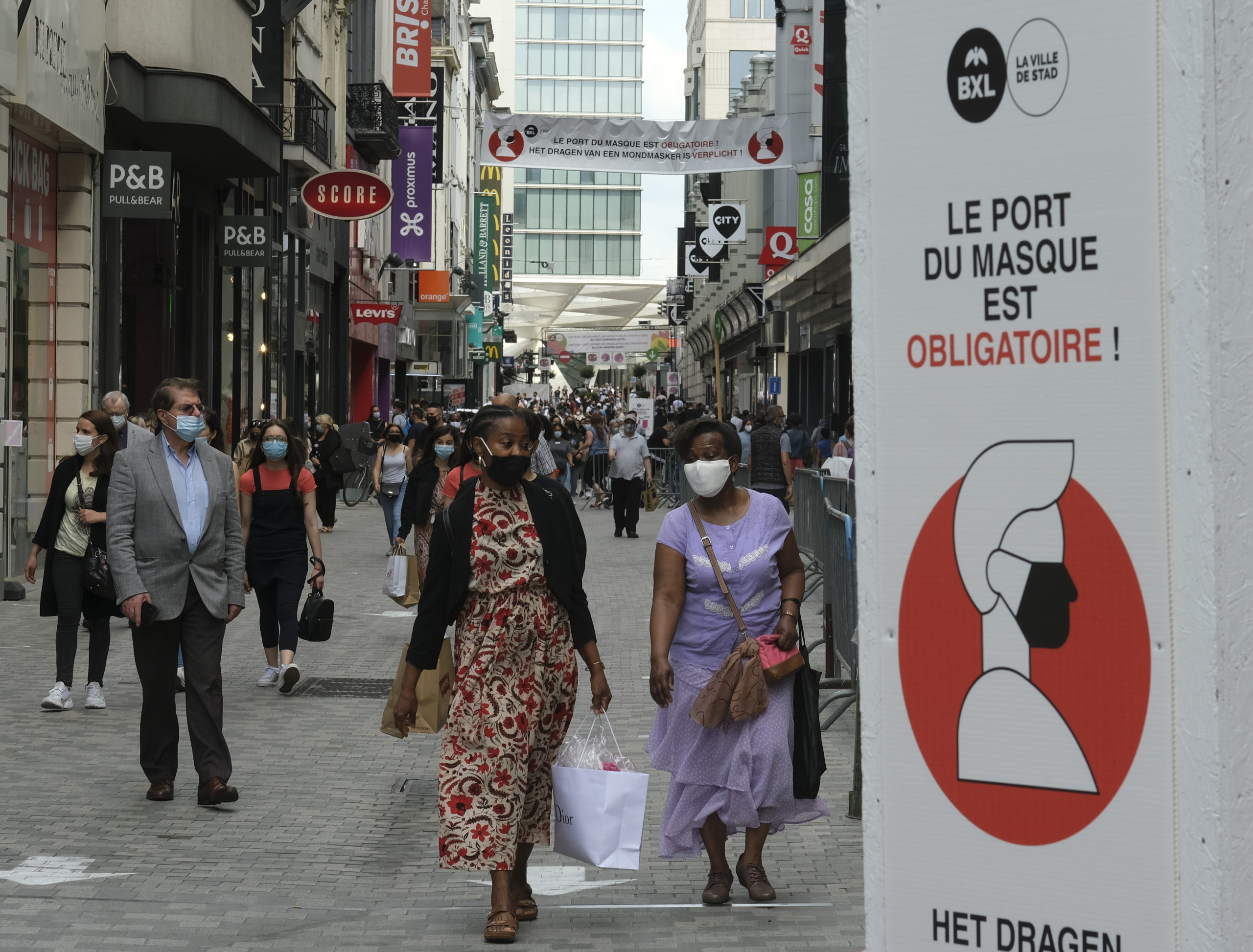 Face masks will remain compulsory in Brussels at least until mid-September, according to the minister-president of the Brussels region, Rudi Vervoort.

The region may revise the policy, though, after it evaluates the effect of peoples return from holidays and the reopening of schools, said Vervoort in an interview Thursday.

Across the entire Brussels capital region, people have had to wear masks in public since August 12. Following experts advice, Vervoort ordered that the measure kick in as soon as the average daily infection rate in the 19 municipalities reached 50 per 100,000 inhabitants.

After a surge in early to middle August, the number of new reported cases in the Brussels region is falling, but the weekly total is still higher than it was in July. The past week saw 719 infections in the region, down from 929 the week before.

Asked at what point the measure could be revised, Vervoort said he wants to see the situation stabilize before dropping the face mask requirement.

“The idea is to look at that in the longer term,” he said. “This will not be lifted as soon as we are back under 50 [infections per 100,000 inhabitants]. There needs to be a trend over time.”

“In the weeks to come we will have events that might influence the infection rate, such as the start of the school year and the last returns from the red zones. We will at least need to overcome those two events before we see what we do,” Vervoort said. “The objective is not to impose the face mask permanently.”

The minister-president, who participates in the meetings of the Belgian National Read More – Source
[contf]
[contfnew]