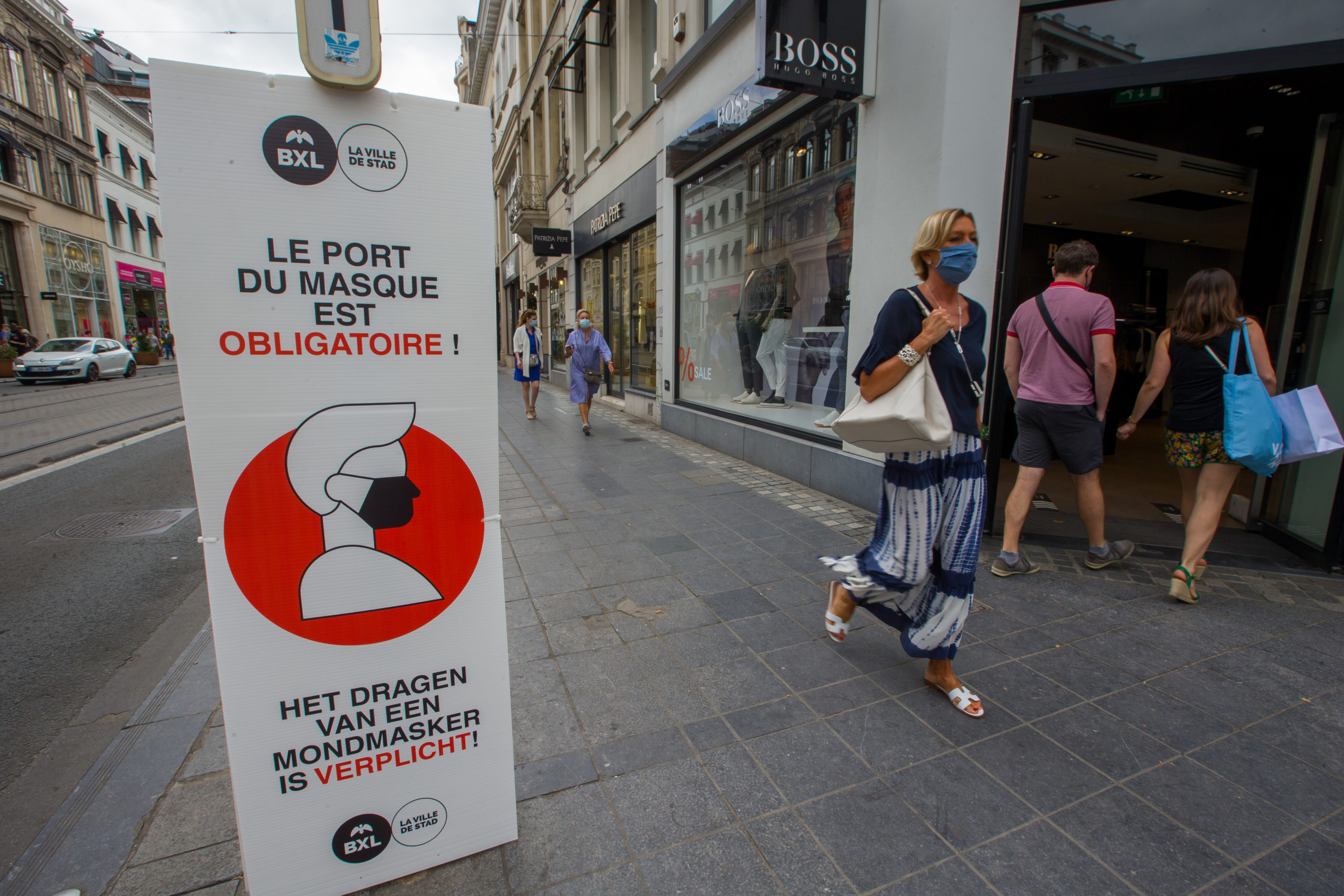 People will have to wear face masks that cover their mouths and noses in public across the entire Brussels capital region as of Wednesday, the government announced.

Rudi Vervoort, the regions minister-president, said in a statement Brussels had reached the critical threshold of 50 new coronavirus infections per 100,000 inhabitants per day for the past week.

Police checks will be ramped up to ensure citizens comply with the new measures, notes the decree, which was agreed by the mayors of all 19 Brussels municipalities.

“We are taking this decision … because a large number of experts are behind this measure, but also because it has become clear to us that it is particularly difficult in a densely populated area such as the Brussels region to adapt to a different rule every time from one street to another, from municipality to municipality,” Vervoort said.

While masks were previously only mandatory on public transport and shops, they will now be compulsory in all public spaces, and in private places that are accessible to the public. When a mask or another fabric alternative cant be worn for medical reasons, a face shield may be usRead More – Source
[contf]
[contfnew]