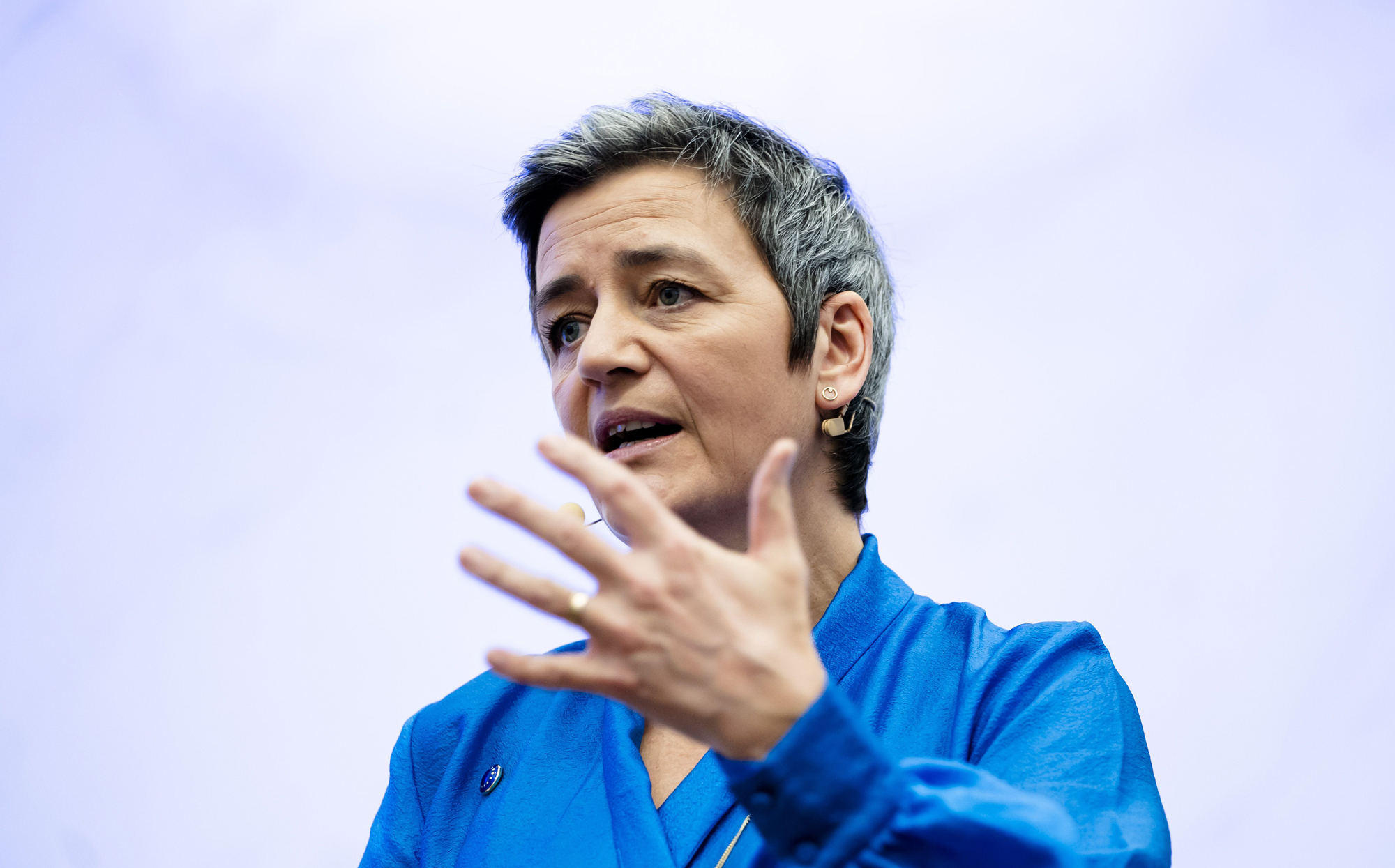 The European Commission is beefing up its weapons to take on Big Tech.

One is the so-called New Competition Tool, a market investigation tool that would allow competition enforcers to act more swiftly and forcefully. The other is a part of the Digital Services Act, a new set of rules due to be unveiled in December for companies like Google, Apple and Amazon.

Combined, the new powers would be known as the Digital Markets Act and would carry a hefty wallop for tech giants in its crosshairs.

“We’re working on a new legislative proposal focused on digital markets, which would feature two complementary pillars, a combination of ex ante regulation and case-by-case enforcement,” Vestager said in a speech Thursday.

The Commission started seeking feedback in June on the New Competition Tool (NCT) as well as on the Digital Services Act (DSA), which will include a list of do’s and don’ts for so-called “gatekeeping platforms” — or those who are indispensable for other companies to reach consumers online — to curb what it sees as anti-competitive behavior.

The plans come as Big Tech companies face intensifying antitrust scrutiny on both sides of the Atlantic.

In the United States, the Justice Department and state prosecutors investigating Google for alleged antitrust violations are considering whether to force the company to sell its dominant Chrome browser and parts of its lucrative advertising business.

In Europe, Apple and Amazon are currently under investigation by Brussels’ competition authorities. Some of the Commission’s draft provisions in the DSA include preventing those companies from favoring their own services on their platforms and from exclusively pre-installing their apps on operating systems, according to a draft list of banned behavior.

No love lost on the NCT

In its new form the New Competition Tool, which was originally meant to apply to a wide range of sectors including financial services and agri-food, will now be targeted mainly at tech companies within the Digital Markets Act despite Vestager’s original inclination to make it applicable for the entire economy.

“The case-by-case enforcement side would allow us to investigate digital markets and intervene, including by imposing remedies, where we identify structural market issues or failures,” the Danish politician said last week.

How exactly the Commission will merge the DSA’s ex ante rules for gatekeeping platforms with the New Competition Tool remains at this stage an open question.