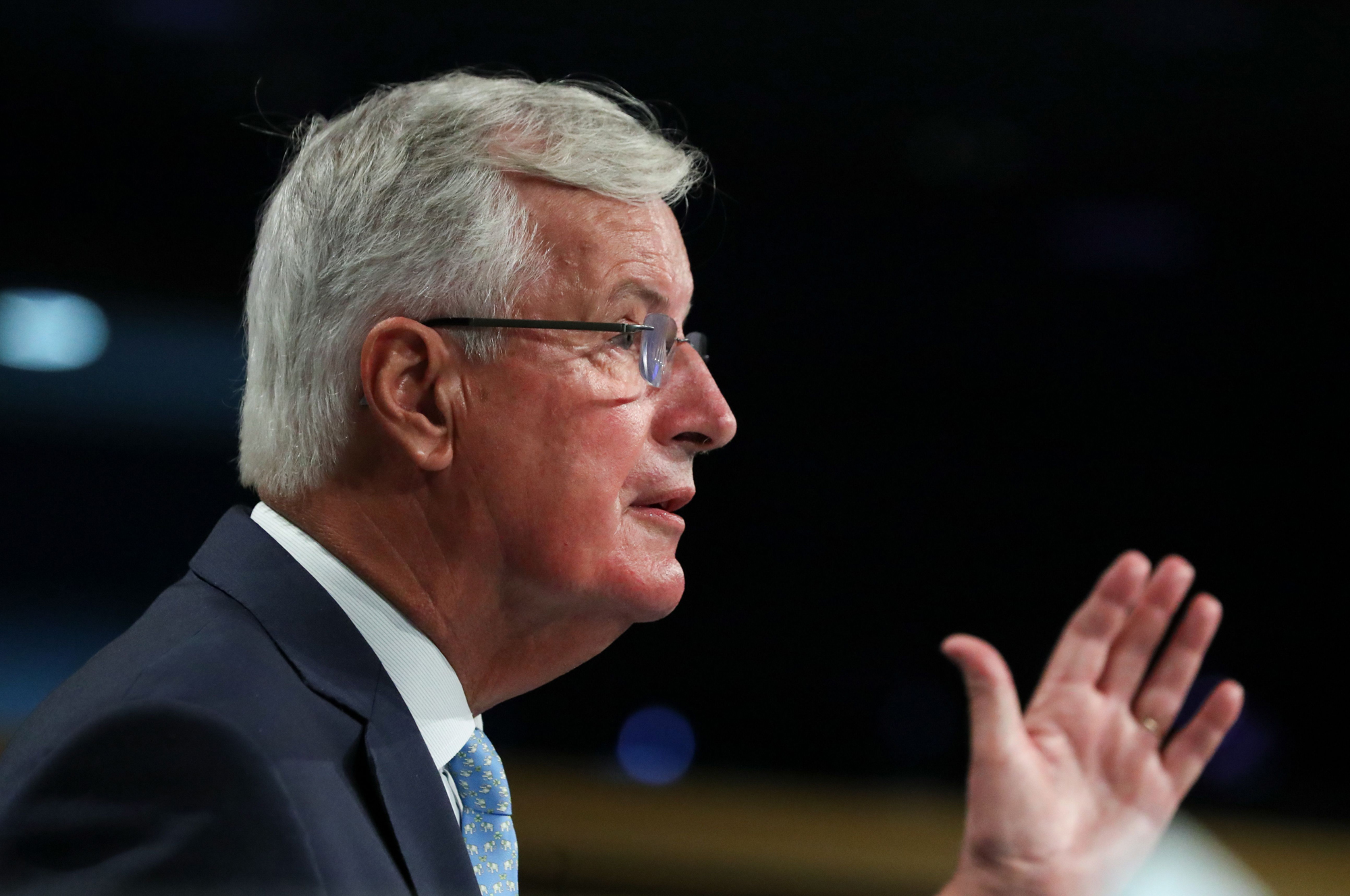 Give in — at least a bit — or there will be no future relationship.

That was EU chief negotiator Michel Barniers message to London on Wednesday, just hours after he got back from another U.K. trip that didnt yield a breakthrough in the Brexit talks.

In a speech to Irish think tank the Institute of International and European Affairs on Wednesday, Barnier said London had refused to make even the most basic concessions needed to meet the EUs main preconditions for a deal, particularly on the most sensitive issues such as fisheries and a so-called level playing field to prevent Britain from gaining an advantage by diverging from EU regulations and standards.

In recent weeks, pessimism has mounted in Brussels over the prospects of a deal, which Barnier said must be reached by October to be in place for the end of the U.K.s transition period on December 31.

U.K. negotiators, however, argue that unless the EU27 give way on state-aid rules, Britain would be better off walking away without a deal. David Frost, the U.K.s chief negotiator, said last month that Brussels position was now that talks could not substantively progress in any area until the U.K. backs down and accepts “continuity with EU state aid and fisheries policy.” Downing Street — determined in particular to have leeway on state subsidies to assist the coronavirus recovery — insist they will do no such thing.

“Its normal that the U.K. wants to set its own standard and rules. But if these serve to distort competition with us, then we have a problem.” — Michel Barnier.

As happened often in the Brexit process, Brussels feels that it has the upper hand in the negotiations. Barnier stressed the huge economic consequences of no deal and wished people in the U.K. talking about the opportunity of no deal, “good luck, good luck.”

The tight calendar is not the only factor adding pressure on the British side. EU27 leaders are largely focused on the continuing coronavirus pandemic and accompanying economic crisis and seem to have little bandwidth for Brexit.

No one can rule out that Barniers pessimistic comments, which he has repeated across Europe this week in talks with capitals and EU diplomats, are a strategy designed to push London to give in and avoid a cliff edge at the end of the year.

But if thats the case, its a risky bet.

The political dynamic in Britain has changed substantially since Brexit talks began in 2017. The current U.K. administration was victorious in the Brexit referendum and was elected in a landslide to deliver on the result.

That Prime Minister Boris Johnson didnt use the pandemic as an excuse to extend the transition period — which stunned many in Brussels — was only one example of that shift in the U.K.s Brexit policy.

Barnier, who has voiced his frustration on several occasions over recent months, was particularly biting in his criticism. On fisheries, for example, he said that “without a long-term, fair and sustainable solution on fisheries, there will simply be no new economic partnership with the U.K.”

He added that “contrary to media reports, the U.K. position has not evolved in the past months. No new legal texts have been tabled [put forward] by U.K. negotiators.”

He also accused London of selfish obstinance, explaining that London says it wants a clean break from the EU on some issues, while at the same time seeking continuity in others. “The U.K. government is still looking to keep the benefits of the EU and of the single market without the obligations,” Barnier said.

Looking ahead to the formal round of talks in London next week, the EUs chief negotiator rRead More – Source
[contf]
[contfnew]