Brexiteers see Brussels as an occupying power — but it is one crafted to a large extent in Britains own image.

From the EUs signature achievement, the single market, to its eastward expansion after the fall of the Berlin Wall, and in many other areas, U.K. thinking was highly influential in determining the direction of travel. As Britain finally departs the bloc on Friday after three and a half years of bitter Brexit arguments, it leaves behind an EU that would have been very different without it.

“The U.K. had a strong influence on the EU throughout its membership and much of what the EU is today reflects a very strong British influence,” said Michael Leigh, who served as director general for enlargement at the European Commission and now teaches at Johns Hopkins Universitys Bologna campus.

Neil Kinnock, a former U.K. commissioner and Labour Party leader, said there is an irony that some of the EUs biggest critics had a strong impact on its foundations. Key policies like the single market “were conceived and developed … in the [former U.K Prime Minister Margaret] Thatcher years largely, but not solely, because of the stimulus from London,” he said. “And yet the people that in all other respects are … fanatical Thatcherites were the leaders of the anti-European element in the Conservative Party.”

London joined the bloc, which was then primarily an economic union, late, in 1973, when the largest European states like Germany, France and Italy were already members. “We eventually joined the European Community 15 years too late. We have been working to catch up ever since,” wrote a group of top U.K. officials, including former Prime Minister Edward Heath, in an open letter in 1996.

That “catchup” happened through a succession of brilliant minds sent to Brussels to represent Londons interests and who in the process changed Europes destiny.

And while Britains EU story is one of great achievement, high ideals and statecraft, it is also one of explosive feuds and occasional petulance. “It would be a great relief if Britain left the EEC [European Economic Community],” said the Greek leader Andreas Papandreou in 1984, for example, after a clash with Thatcher over her demand for a rebate from the EU budget.

Thirty-six years later, he has his wish, but the EU cannot escape the marks of its British architects. Heres a small selection of these achievements, in the words of some of the U.K. officials who worked on them: 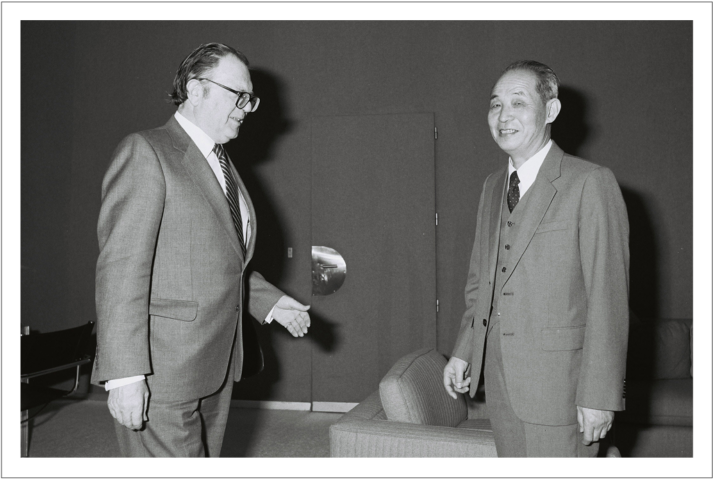 If theres “a single area with the strongest British impact I would mention the single market,” said Leigh.

The concept of a single market was already envisaged in the 1957 Treaty of Rome that set up the European Economic Community (the forerunner to the EU.) Yet it was the former French Finance Minister Jacques Delors, who became Commission president in January 1985, who gave it impetus as a bold new idea for his administration to get its teeth into.

“The genius of Delors was to find a subject which the large states leaders of the time … could all agree on,” said Jonathan Faull, who held several positions in the Commission, including director general in charge of financial services.

The task fell to Arthur Cockfield, a former U.K. Treasury official who became the countrys commissioner, to design how it could work. He produced a breathtakingly ambitious plan including 282 legislative actions that the Commission put to leaders at the European Council in Milan in June 1985. They agreed to “achieving completely and effectively the conditions for a single market in the Community by 1992 at the latest.”

Former British Foreign Secretary Geoffrey Howe wrote in his memoirs that Cockfields plan managed for once to bring together an unlikely partnership: “For a moment Arthur succeeded, because of their common enthusiasm in the single market, in winning the simultaneous admiration of both Margaret Thatcher and Jacques Delors.” 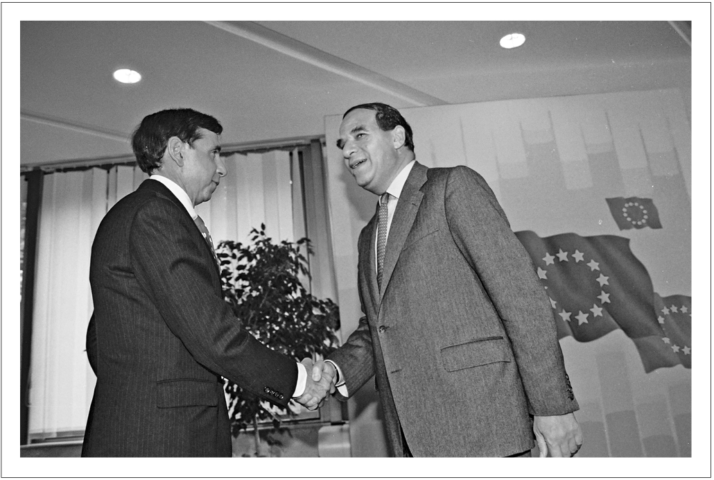 Without the U.K. in the club, protectionist forces among its member countries would have been emboldened to create a trade policy much less open to the world — with the aim of preventing competition for national industries the overriding concern.

Leon Brittan, the Conservative politician and former trade commissioner, is widely considered a key figure in holding back the protectionist interests of countries like France. The Economist described Brittan in 1999 as “Europes trade warrior” because of his influence at a moment when global trade policy was being hammered out (the General Agreement on Tariffs and Trade was revised in 1994, leading to the establishment of the World Trade Organization from January 1995).

Back in Europe, his tough line in state aid cases, for example, brought him into frequent conflict with Delors, a French socialist. But at the same time, he was a strong defender of EU interests, for example during a dispute at the World Trade Organization with the U.S. over whether the EUs new banana import regime conformed with global trade rules.

Londons push for free trade continued after Brittan left office. “In trade policy, the U.K. has been broadly influential in supporting the trade agreements that the EU has been able to negotiate,” said Andrew Duff, a former MEP from the Liberal Democrats. So far, the EU has signed around 40 trade deals. 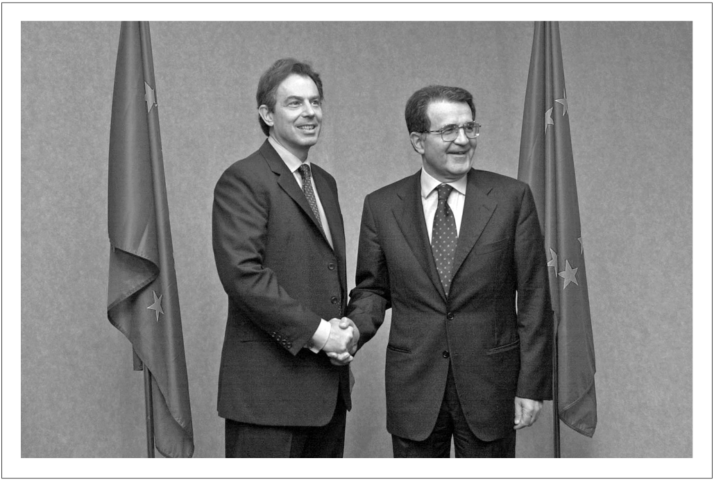 The U.K.s push for enlargement of the EU is sometimes described as being in favor of widening rather than deepening (cynics say as a way to dilute the role of Paris and Berlin). Yet Leigh says it was always about more than that. Rather, he argues the government was acting out of geopolitical foresight. The U.K. wanted to prevent the states on Europes periphery from falling under Russian influence again and head off a host of other problems in the process.

In a speech in Warsaw in 2000 (four years before Poland joined the EU) then British Prime Minister Tony Blair warned that “without enlargement, Western Europe will always be faced with the threat of instability, conflict and mass migration on its borders.” London was not alone in supporting enlargement. But if it had not been for the U.K. marshaling support for enlargement among other member countries, the EU of today could be much diminished. 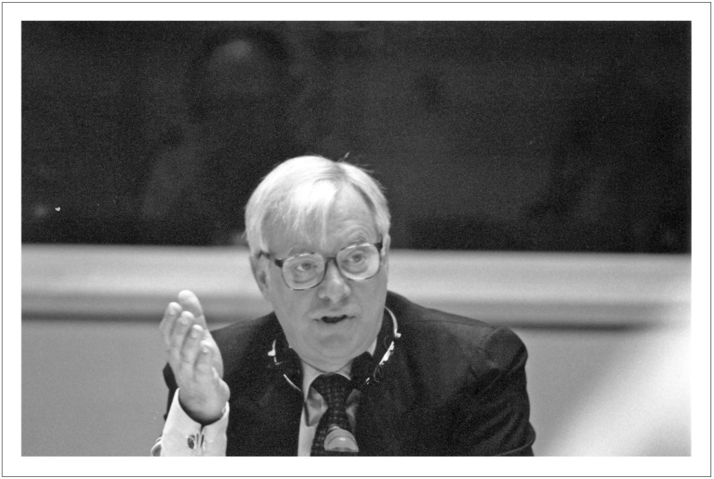 With its permanent seat on the U.N. Security Council, its nuclear weapons, and its willingness to deploy its soldiers around the world, London has always had a disproportionately loud voice on foreign policy.

The U.K. was, for example, instrumental in fostering ties with African-Caribbean and Pacific countries and in placing focus on development money to achieve the blocs foreign policy objectives. But it is perhaps what London prevented Brussels from doing (rather than what it enabled) that may become most obvious after Brexit.

With NATO the firm focus for security policy in London, EU efforts to boost military cooperation (the dreaded “EU army” beloved of tabloid headline writers) were always doomed to fail with the U.K. in the club. In reality, concerns about EU military ambitions go beyond the U.K. “There are doubts and hesitations in other member states that hide behind Britain,” argued Leigh. From February onward, those countries will have to come out into the open. 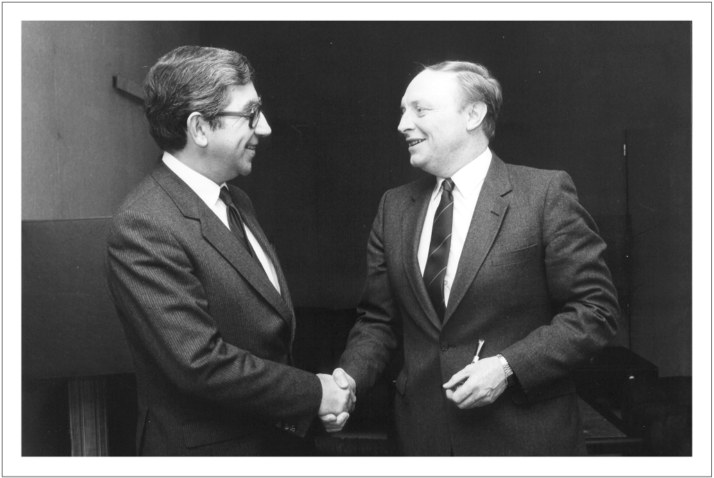 Perhaps because of the undercurrent of Euroskepticism in the U.K., London was often in favor of making EU bureaucrats more accountable. In response to the 1999 crisis caused by the mass resignation of the European Commission led by Jacques Santer, the new Commission, of former Italian Prime Minister Romano Prodi, introduced a series of administrative reforms. The goal was not only to improve oversight and reduce corruption but also to change the culture of the Commission — with a renewed emphasis on the values of service and good management.

It was the former Labour leader Neil Kinnock, vice president in the Prodi Commission, who in the early 2000s Read More – Source
[contf]
[contfnew]