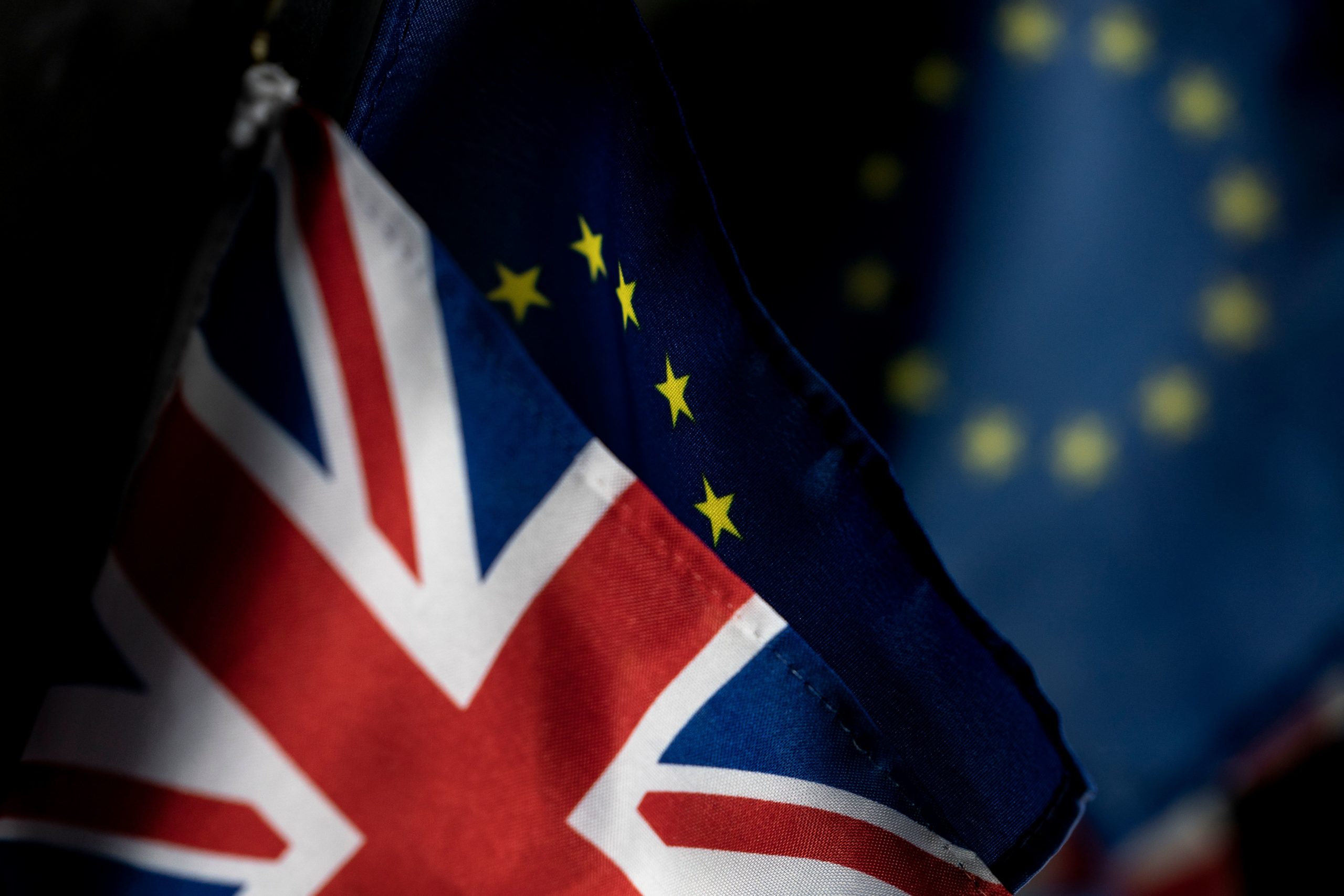 LONDON — One sticking point at the heart of the Brexit impasse is what Britain wants to do on state aid.

The issue — about the government handing cash to firms which may give them a competitive advantage — is one of the final roadblocks preventing a trade deal between the U.K. and the EU.

Brussels wants London to follow its existing rules on state aid. It fears that a freewheeling Britain could become an unfair competitor on its doorstep. At the very least, the EU wants to know what U.K. regulations on state aid will look like before the talks can move forward.

Britain insists it will run an independent regime once the Brexit transition period ends in December, and that it will not be tied to EU rules. It has refused to reveal its specific state aid plans, insisting no such demand would be made of other nations in trade talks with Brussels.

While the EU has at times been lax in its implementation of its state aid rules, British ministers fear that could change if the U.K. ends up still subject to the regime post-transition. “Even if Brussels can be somewhat flexible with the rules for those in the club, why would it do so for a country on the outside?” one minister said. “The risk is they start to enforce the rules very strictly once weve left.”

If London had hoped the move might break the impasse, the response from Brussels was not promising.

On Wednesday the U.K. threw the bloc a bone on its future plans. It announced that it will follow World Trade Organization rules for subsidies on goods, which ban subsidies linked to how much a company exports, or at the expense of importers. It also said it would adhere to state aid rules it agrees to in free-trade deals. But it said further detail would not come any time soon.

“While our guiding philosophy remains that we do not want a return to the 1970s approach of picking winners and bailing out unsustainable companies with taxpayers money, the U.K. must have flexibility as an independent, sovereign nation to intervene to protect jobs and to support new and emerging industries now and into the future,” Business Secretary Alok Sharma said.

The government will launch a consultation on whether the U.K. should go further than its international commitments, including on the need for further legislation. But WTO rules were always set to be the fallback without a trade deal with the EU, and have nothing to say on services, so trade experts questioned how much the announcement really illuminates the U.K.s position.

If London had hoped the move might break the impasse, the response from Brussels was not promising. “Weve been asking for months for more clarity on state aid, one of the most sensitive issues in the negotiations, and then they give us this?” an EU official said.

Dominic Cummings, the powerful chief adviser to Prime Minister Boris Johnson, is said to be adamant that the U.K. has control over its state aid regime so it can invest in emerging tech.

The Times reported that Cummings is worried about the U.K. being left behind in the fourth industrial revolution, and becoming a supplicant to others with massive industries around artificial intelligence and the like.

Indeed, the U.S and China have become the behemoth nations when it comes to tech, in part due to help from government, with the U.K. caught in the middle on issues like whether Chinese firm Huawei should build the British 5G network.

But a U.K. government official pushed back against the suggestion Britain wants to free itself for a tech revolution. “We wont be picking winners and will remain a low subsidy regime,” the official said. “The U.K. position is about retaining our freedom to decide whats best for us in our own interest. Its a principle rather than because we want to suddenly start massive bailing out of industries.”

Nevertheless, one former government adviser argued that the EU rules could hold back tech development, and that Britain would be wise to shake the regime off. Rohan Silva, a former aide to David Cameron when he was prime minister, said the former administration wanted to do more on tech investment but was held back by EU rules on subsidies.

He told the Today program on BBC Radio 4 this week that the EU rules were “really designed for another era; they were drafted in the 1950s,” adding that it was “much more difficult than it should have been to create those incentives for investing in start-ups.”

Silva said government incentives were vital to new firms because “investing in tech start-ups is so risky and you really want to try to encourage people to do it.” He added: “If you are going to leave the EU, and Britain voted to leave, you have got to make the most of it.” 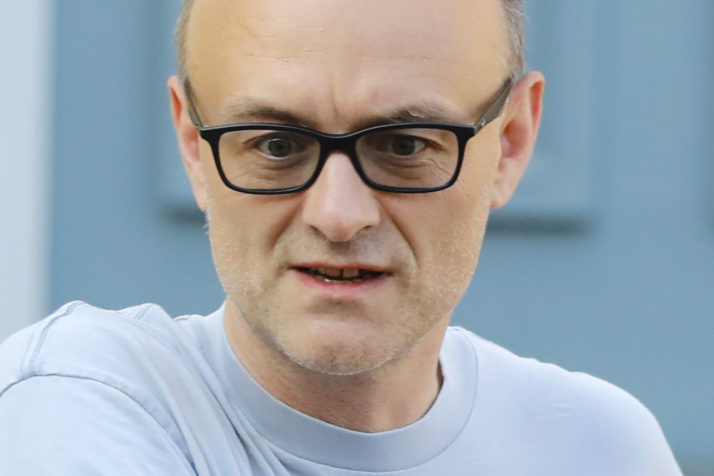 No. 10 special adviser Dominic Cummings is said to be worried that the U.K. will be left behind when it comes to tech development | Tolga Akmen/AFP via Getty Images

But George Peretz, a constitutional lawyer with expertise in state aid, argued the existing rules will account for tech investment. Some small research and development subsidies do not even need to go through the EU regime, he noted, while bigger projects can still be cleared by the European Commission through the usual route, after the relevant checks and balances.

That process of checks can be arduous, Peretz argued, but vital. “Its important to have value for money,” he explained.

The checking process will ensure that a private firm in line for help would be unable to remain competitive on its own, and that the cash is not being handed out in a corrupt manner. “Yes, it is a constraint,” Peretz said. “But is it a constraint the government ought to have? I think it is.”

The clear room for improvement on the EU regime, according to Peretz, is in making it more efficient. It can be slow to make decisions about some forms of state aid, and can stretch the process to more than a year. Meanwhile, if an investment grant is reversed, it can be punishing for firms to be stripped of the cash — something the U.K. could mitigate in its own regime, he added.

Another idea frequently put forward is that the U.K. could boost struggling industries in so-called Red Wall seats that switched from Labour to the Conservatives at the 2019 general election; areas in the north and midlands that have been economically neglected in recent decades.

Boris Johnson promised voters in these former Labour heartlands that he would not let them down, and his new MPs who represent the Red Wall are not letting him forget it. Dozens joined a so-called leveling up taskforce to push the government to reduce regional inequalities.

One of the MPs on the taskforce, Jo Gideon, who represents Stoke-on-Trent Central, said freedom to target local industries with support would be crucial for Johnson to deliver on his promises. “The key thing post-Brexit is that we need to decide our own priorities,” she said. “We will have the option to decide the priority industries for our leveling-up agenda.”