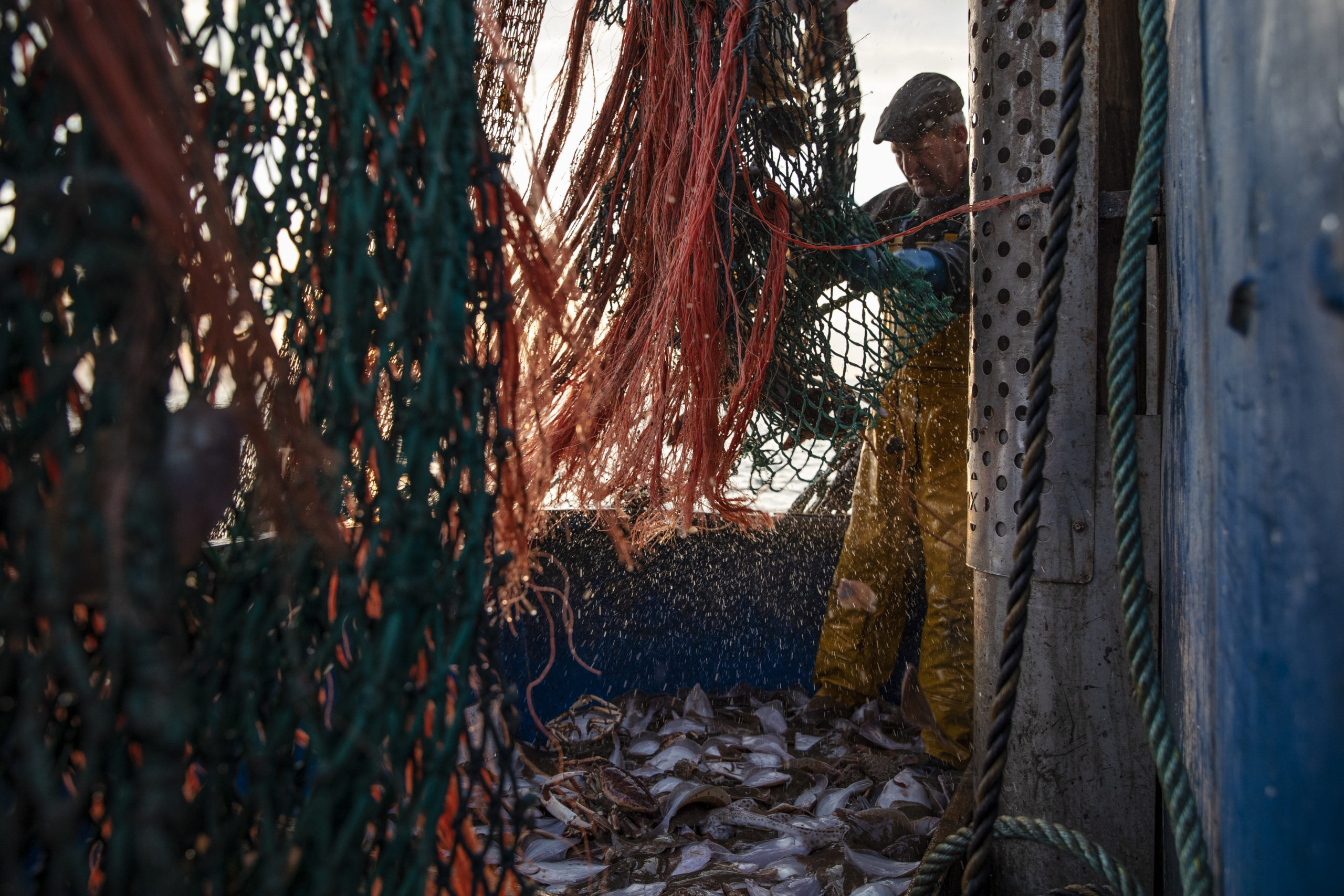 The Brexit fisheries negotiations arent like shooting fish in a barrel.

Despite small steps forward in last weeks negotiating round, a deal is some way off thanks to the contentious issue of how to divide up fishing rights between the EU and the U.K. after the end of the Brexit transition.

“If we wanted to take a giant leap of faith and jump in order to reach the other side, we would fall because the gap between both positions on fish is still enormous,” said one EU diplomat.

That puts the overall chances of a deal on the future relationship in troubled waters. While the media spotlight has largely focused on the sticking point of state aid and U.K. plans to breach the Withdrawal Agreement, reaching a deal on fish remains essential for the EU to sign off on any post-Brexit trade deal, the EUs chief negotiator Michel Barnier has often repeated.

But European fishermen are highly dependent on access to the seas around the U.K. — forty-two percent of all fish caught by EU fishing crews are plucked out of British waters, according to the European Fisheries Alliance. As a result, the EU wants to retain the current access its fishermen have to British waters.

Britain, on the other hand, has turned the issue into one of national sovereignty. Fish quotas are a symbolic way for the U.K. to assert its new independence from the bloc, while at the same time promising U.K. fishermen that they would be able to double their catch post Brexit. Given the EUs dependence on U.K. waters, London has the upper hand. If theres no agreement, the U.K. could theoretically cut off access for EU vessels to its waters.

“There is so much politics in fish,” said another EU diplomat. “Slightly changing one number at the negotiating table can ruin a coastal community in one of the countries involved.”

Path to a deal?

There are some positive signs.

The main disagreement concerns the methodology of how to allocate fishing quotas. The EU divides the total number of catches among countries using a fixed allocation percentage — this is called “relative stability.” The U.K wants to use “zonal attachment” — calculating quotas based on where the fish live instead of historical agreements — which would lead to more fishing rights for U.K. vessels.

“Our position on fish is reasonable and straightforward,” a U.K. government spokesperson said. “We want a simple, separate fisheries framework agreement which reflects our rights under international law and which provides for annual negotiations over access and sharing opportunities based on the scientific principle of zonal attachment.”

A compromise will probably be a mix of the two criteria, even though the EU has not officially conceded thats its willing to use zonal attachment as part of the mix.

Barnier has indicated some flexibility on the criteria without straying from his negotiating mandate, EU diplomats say. Likewise, the U.K. last week looked to make some progress on quota-sharing by discussing the different fish stocks, according to people on both sides briefed on the negotiations. London is also willing to discuss criteria other than zonal attachment, according to three EU diplomats.

“You wouldnt do [discuss fish stocks] if you were ruling a deal out,” said James Kane, a trade policy expert at the Institute for Government think tank. “I dont think it means that a deal is all but signed. But it does suggest there has not been something so disastrous that they have stopped talking about it.”

However, the two positions still remain far apart. The U.K. says the EUs slight flexibility on technical issues wouldnt lead to more U.K. catches. It insists on full sovereignty over its waters, either through zonal attachment or a mix of criteria that leads to similar increased catches.