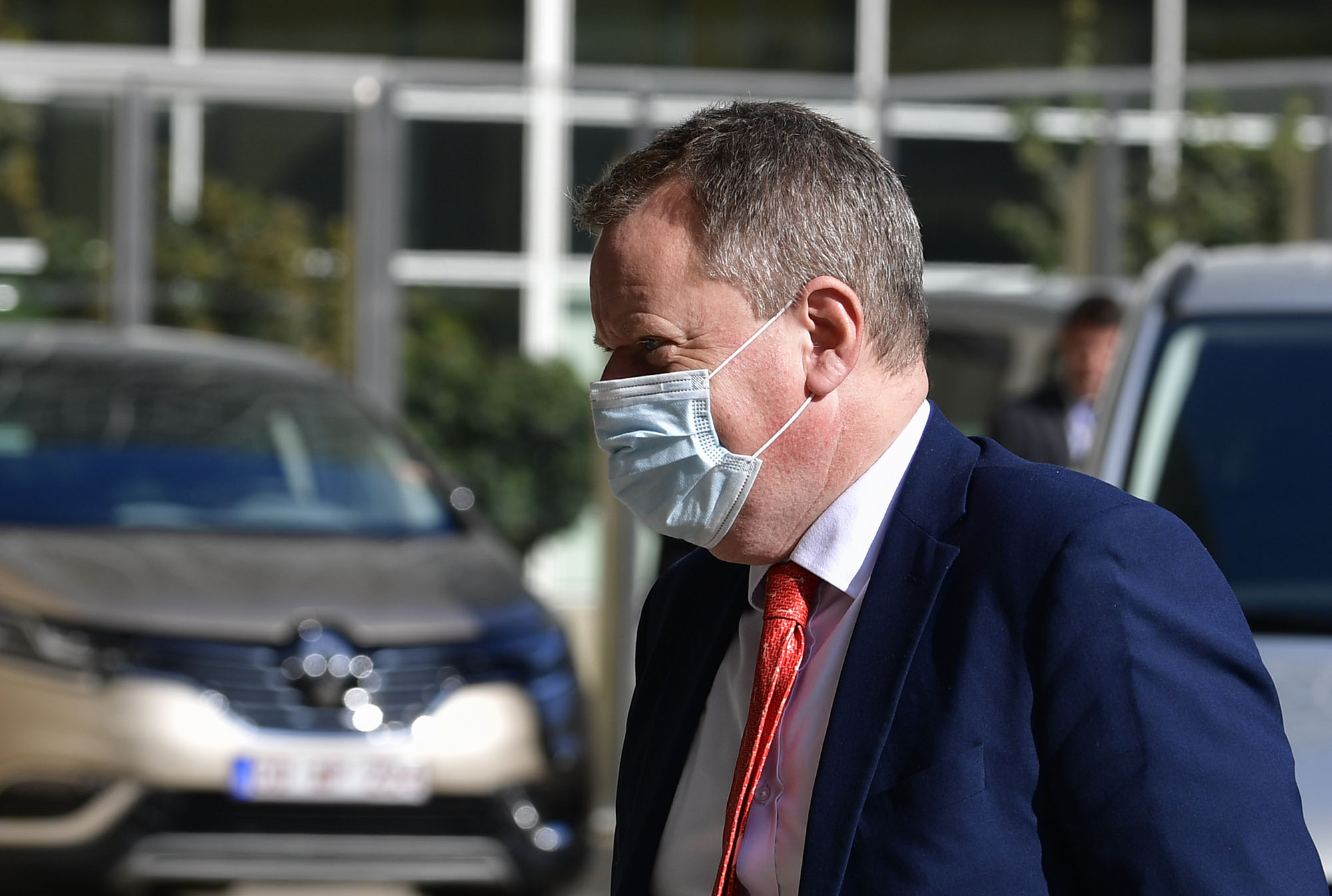 LONDON — Britain and the EU will carry on talking Brexit despite the shade-throwing.

Brussels issued an olive branch to London on Monday in the form of an offer to intensify talks in London this week, on all subjects and based on legal texts. The offer was made during a call between chief negotiators Michel Barnier and David Frost and appeared to meet one of the U.K.’s key demands for talks to continue.

The lack of engagement by the EU had been one of the U.K.’s main complaints leading to last week’s European Council, along with a perception in Downing Street that Brussels was expecting the U.K. to be the only one giving ground.

The British government, Cabinet Office Minister Michael Gove told MPs Monday, had made itself available to discuss the future relationship “every day” during those weeks ahead of the summit but the EU was only willing to talk on “fewer than half of the days available.” London had also accused Brussels of not engaging on all of the issues still to be resolved, and refusing to negotiate using legal texts, slowing down progress.

These frustrations prompted a statement from the U.K. last Friday declaring trade talks were “over” unless the EU “fundamentally changed its position.”

Nevertheless, Gove told the BBC’s Andrew Marr on Sunday the door was “ajar” for more talks and chief U.K. negotiator David Frost spoke to Barnier by phone Monday about what ongoing talks might look like.

The U.K. government remains under pressure to deliver a deal, amid increasingly vocal calls from businesses worried by the economic risks of Britain leaving the EU without a trade deal and concern among many in Prime Minister Boris Johnson’s Tory party about the pressure such a scenario could put on the unity of the United Kingdom, given overwhelming opposition to Brexit in Scotland.

The opposition Labour Party, too, continues to stress the case for a deal. Labour’s Hilary Benn, who chairs the House of Commons Brexit committee, said the EU and the U.K. should resume trade negotiations.

“A war of words does not help. There’s a job to be done. The two sides should focus on the negotiations, because otherwise we will end the year without an agreement and I don’t think we can afford that,” he said.

We’ll think about it

Barnier’s offer on Monday triggered a lukewarm response in London, which considers it insufficient. A Downing Street spokesman described the negotiators’ phone discussion as “constructive” and said the two sides have agreed to “remain in close touch.”

“The U.K. has noted the EU’s proposal to genuinely intensify talks, which is what would be expected at this stage in a negotiation,” he said.

The U.K. insists, however, this is not enough to resume trade talks and wants Brussels to make concessions before formal negotiations can take place again. The government still argues Brussels is expecting the U.K. to break all its red lines on the two main stumbling blocks, namely fisheries and the so-called level playing field, which Brussels wants to guarantee U.K. businesses don’t undercut the bloc.

Gove reiterated in the House of Commons Monday that the U.K. cannot accept a deal that would require Britain to provide full access to its fishing waters with quotas almost the same as today’s, and a state aid system that would give the EU the ability to punish the U.K. from deviating from its rules.

“Such talks would be meaningless and would take us no nearer to finding a workable solution,” he said.

Nonetheless, the tone was much more positive following a meeting of the EU-U.K. Joint Committee in London. This concluded with both sides agreeing to hold “contacts at all levels” to “significantly intensify” the implementation of the Withdrawal Agreement agreed between the two sides last Read More – Source
[contf]
[contfnew]