Gove ruled out any talk of a no deal Brexit, putting him at odds with Boris Johnson, as he warned it could plunge the country into a chaotic snap election.

The Environment Secretary warned against Britain leaving the EU in October "come what may".

He said this risked a clash with Parliament which could Labour leader Jeremy Corbyn in No 10.

Boris Johnson, Dominic Raab, Andrea Leadsom and Esther McVey have also promised to take Britain out of the European Union by October 31 with or without a deal.

Gove – who campaigned alongside Boris for Britain to leave the EU – said he would like the UK "out earlier" if possible. 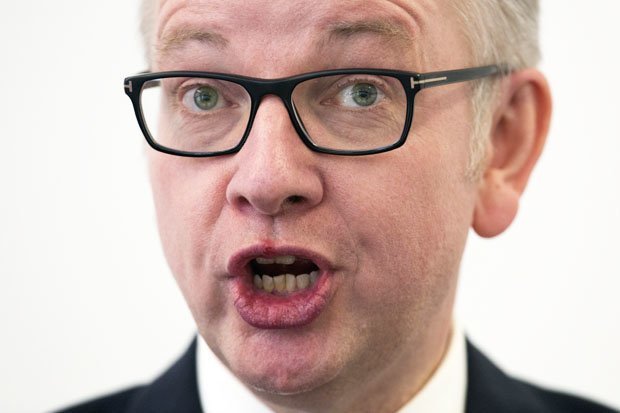 ADAMANT: Boris has said he will take Britain out of the EU on October 31 deal or no deal (Pic: GETTY)

But writing in the Daily Mail, Gove said: "Would it really be in the best interests of our country to opt for a No Deal exit when just a little more time and effort could make all the difference?"

He also warned an early general election "would hand Downing Street to a Jeremy Corbyn government propped up by Nicola Sturgeon and the SNP.

"That would mean we lost Brexit altogether, risked the future of our Union, and handed the levers of power to a Marxist."

Gove also pledged to "shake up" Brexit negotiations by sending a "Conservative, politician-led" team, instead of civil servants, to Brussels.

It comes after Theresa May tried and failed to get the EU to change its mind on the Irish backstop earlier this year.

On Ireland, Gove called for a so-called "Stormont lock" to be secured in international law.

This would mean regulations in Northern Ireland would have to stay in lock-step with the rest of the UK.

DISAGREEMENT: But Gove said Britain should delay leaving the EU to get a better deal (Pic: GETTY)