Speaking in Downing Street, Michel Barnier demanded the Government give more “clarity” on what it wants from Brexit.

He warned of “unavoidable” barriers to trade if it leaves the customs union and single market.

Mr Barnier is visiting London for talks with Mrs May and Brexit Secretary David Davis.

After a three-course lunch with the pair, he said there was still “some divergence” between the two sides over transition. 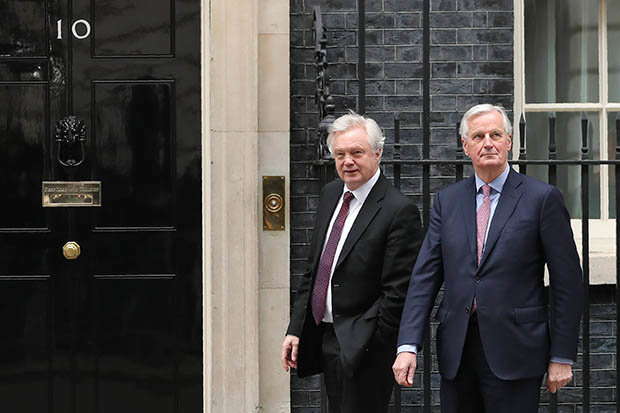 “The time has come to make a choice”

And Mr Barnier added: “The only thing I can say – without the customs union, outside the single market – barriers to trade and goods and services are unavoidable.

“The time has come to make a choice. The conditions are very clear, everyone has to play by the same rules during this transition.”

But the PM’s official spokesman said: “We want it to be as frictionless as possible and we think we can achieve that because it’s in the interests of the UK and the EU.

“As with all these matters, it’s the beginning of a negotiation.”

Mr Davis said it was “perfectly clear” what the Government wanted.

He added: “There’s no doubt about it, we are leaving the customs union but we are aiming for a good future for Britain.”