LONDON — When it comes to Huawei, Boris Johnson wants to have his cake and eat it.

Weeks after winning an election, during which he promised to improve the U.K.s lagging technology infrastructure, the prime minister is mulling whether to allow the Chinese tech giant to help him deliver this pledge or to bow to intense U.S. lobbying to keep Huawei out of Britains 5G network.

A delegation of U.S. officials from the National Security Agency (NSA) traveled to London Monday for discussions with their British counterparts, the latest visit in a year-long campaign by the U.S. government to convince its European allies to block the Chinese telecom vendor.

Reports surfaced following the meetings Monday that the U.S. had warned the British government it “would be madness” to use Huawei technology in the U.K.s 5G network.

But in an interview with BBC on Tuesday, the U.K. prime minister appeared to challenge the claim.

Johnson will also be reluctant to further antagonize relations with European countries.

“The British public deserve to have access to the best possible technology … we want to put in gigabit broadband for everybody. If people oppose one brand or another, then they have to tell us, what is the alternative?” he said when asked about the reports.

Following a rare intervention by MI5 Director General Andrew Parker, officials and politicians in the U.K. believe the prime minister is looking for a compromise.

Parker, Britains top security official, told the Financial Times ahead of the Americans visit that he has “no reason to think” the U.K.s intelligence sharing with the U.S. would suffer if it allowed Huawei market access — despite repeated public warnings from Washington that it would.

The Huawei choice is one of a number of policy calls the British prime minister must make as the country seeks to reset its relationships with other global powers after leaving the European Union. Johnson, who hopes to secure a trade deal with the U.S., will also be reluctant to further antagonize relations with European countries just as he starts negotiating the U.K.s future relationship with the bloc. 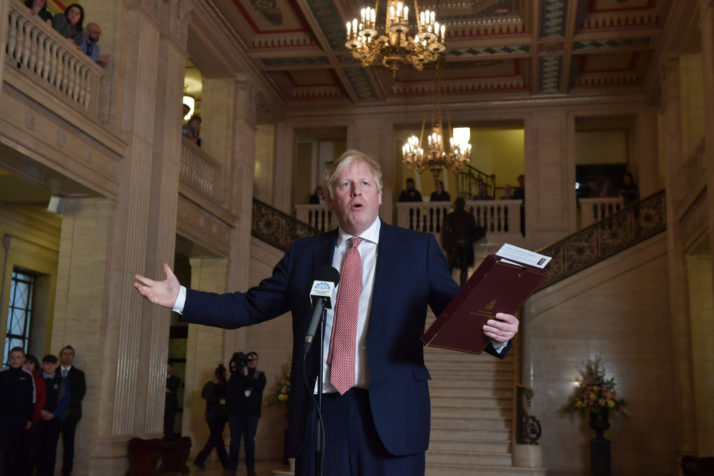 In past weeks, countries like Germany, the Netherlands, Belgium and others have suggested they are looking to cut Huawei from “core” parts of their 5G networks but feel a blanket ban would be disproportionate and costly.

Officials and former colleagues insist the U.K. prime minister is “his own man” and has already shown a willingness to diverge from Washington over its handling of the Iran crisis.

As Johnson prepares his official line on whether to ban the Chinese vendor, he will be conscious there is no risk-free choice, according to one government official who has worked closely with Johnson but would not speak on the record.

Former Foreign Secretary Johnson “knows as well as anyone that you ignore foreign relations at your peril,” the official said. “He cant ignore the Americans … but as long as the Americans can look at it under the bonnet, everyone can walk away happy.”

The official added that a compromise was possible if, for example, the U.K. was able to play up a partial ban on Huawei in order to give Donald Trump a win.

“Trump is the king at claiming wins out of stuff. He is pragmatic, he sees everything as a deal. If he can say — and the [U.K.] government can help him with this — the Brits have banned Huawei from doing stuff because we told him then he can claim the win,” according to the official.

U.S. officials have stressed repeatedly that the country would cut back on intelligence sharing with countries that allow Huawei into their 5G networks because it claims to have security concerns.

“We need to ensure that we have only trusted vendors in 5G networks,” the U.S. State Departments point person on 5G security, Rob Strayer, told reporters in a briefing in October. “If theres technology thats untrusted deployed in their 5G networks, then well have to reassess how we share information,” he said.

In the case of Britain, it would be particularly tricky to put that threat into practice.

The U.K. is a key intelligence partner of the U.S., part of the “Five Eyes” network that includes Australia, Canada and New Zealand. It boasts a special relationship with American agencies like the National Security Agency and the Central Intelligence Agency.

The governments hesitance to come out with a decision on Chinese vendors has already forced operators to scale down their use of Huawei.

The U.K. prime ministers spokesperson said: “We have a close and longstanding security and intelligence-sharing relationship with the U.S. and that will continue. As Sir Andrew Parker has said, the Five Eyes intelligence partnership of which the U.S. is a member is the strongest it has been.”

So far, the PMs public positions on Huawei have been sparse — and conflicted.

Asked about a recent decision by NATO countries to push for “trusted” 5G vendors, Johnson said: “I dont want this country to be hostile to investment from overseas. On the other hand, we cannot prejudice our vital national security interests nor can we prejudice our ability to cooperate with other Five Eyes security partners. That will be the key criterion that informs our decision about Huawei.”

Johnsons pledge to deliver full fiber broadband to every home and business across the U.K. by 2025 was central to both his bid to become leader of the Conservative Party and his partys general election manifesto.

Margot James, who was the digital minister responsible for telecoms until she resigned over Brexit in July, said it would be possible to reduce the security risks associated with Huawei to an “acceptable level.”

“Once you have done that the priority has to be what supply mix will provide the swiftest rollout of full fiber and 5G, because that is the essential goal as far as Britain keeping up with the rest of the world in this area is concerned. It would be, I think, most ill-advised to jeopardize that without extremely good security arguments, and I would be surprised if those arguments were that strong in terms of ruling Huawei out of the network altogether,” she said. 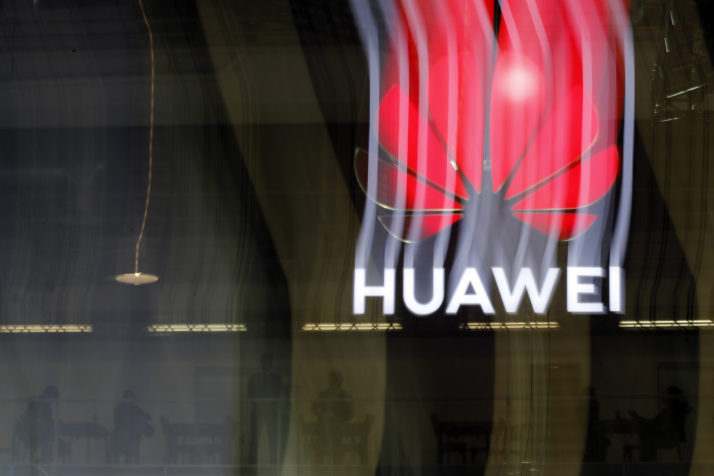 “I think [Boris Johnson] will put this countrys interests first. One of these is a close relationship with the U.S. regardless of who is in office, but it is not the only interest and I think the prime minister from what he has said on full fiber broadband and 5G, he knows how important improving connectivity is,” she said.

The governments hesitance to come out with a decision on Chinese vendors has already forced operators to scale down their use of Huawei.

Vodafone “paused” procurement procedures with the Chinese vendor last year amid political turmoil in Britain. The previous year, British Telecom confirmed it was removing Huawei equipment from parts of its network. The operator O2, which is owned by telecom giant Telefónica, told the BBC in July it would roll out 5G without using Huawei equipment, instead opting for Ericsson and Nokia.

The smaller operator Three, however, said last summer it had procured Huawei equipment for its 5G networks. It was “certainly not ignoring” the security discussion but wouldnt “want to wake up in 12 months time and regret a decision to slow things down,” its CEO said in an interview.

Huawei, too, has argued to telecom operators and policy officials that Europe needs the Chinese vendor to compete with the rest of the world.

A company spokesperson said: “British experts are clear our technology does not pose a security risk … Were confident the government will take a decision based on evidence, not unsubstantiated allegations.”