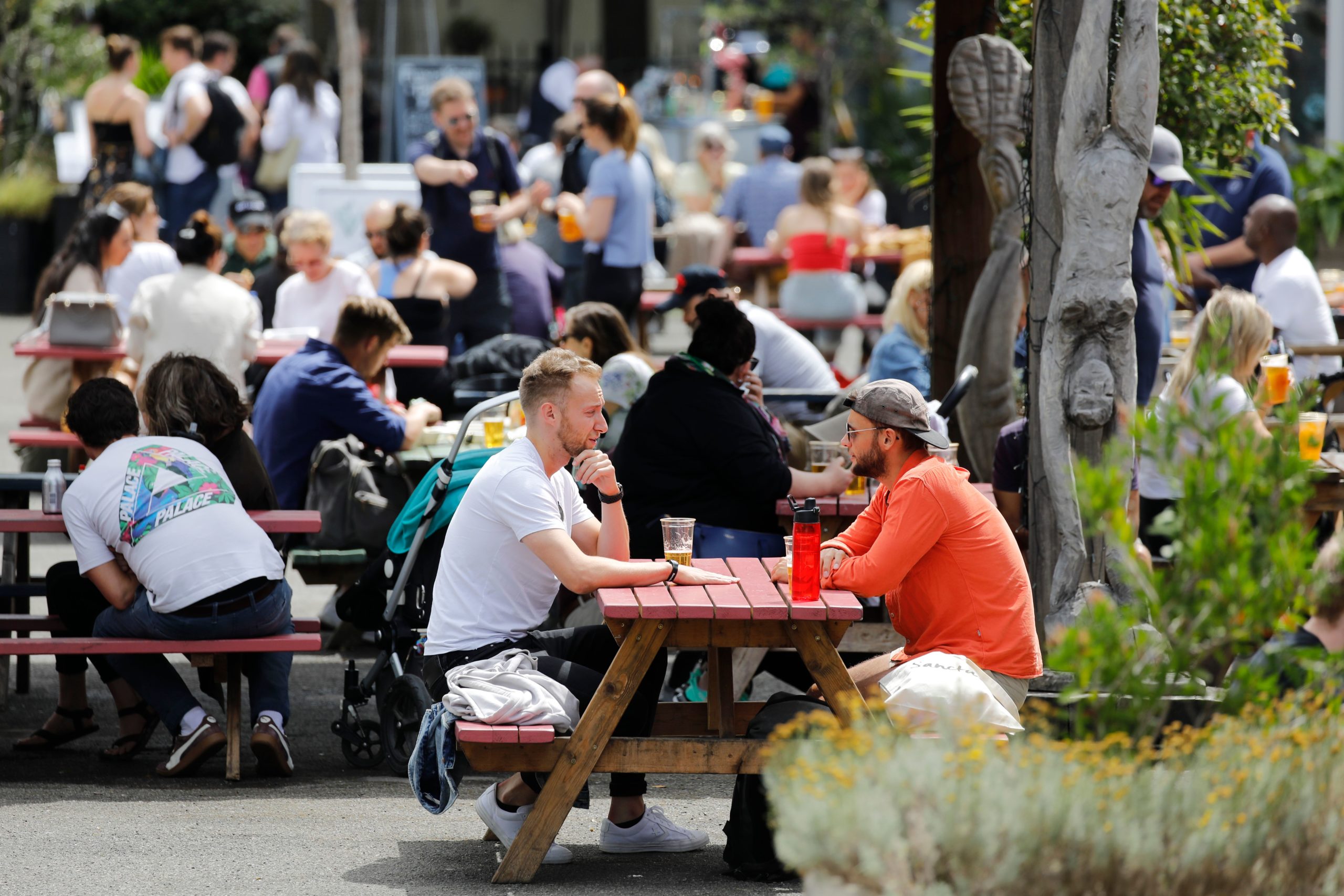 LONDON — Boris Johnson urged British people to act responsibly as England gears up for further easing of lockdown restrictions, in what the prime minister described as the countrys “biggest step yet on the road of recovery.”

Speaking at a press conference Friday, he said a second nationwide lockdown will be “the response of last resort” but public cooperation would be crucial to ensure it does not happen.

Large swathes of the hospitality and tourism industry, including pubs and restaurants, are set to reopen Saturday, raising concerns over potential flare-ups if people flout the social-distancing guidance and meet in large crowds.

“Lockdown only succeeded in controlling the virus because everyone worked together and we will only succeed in reopening if everyone works together again, because we are not out of the woods yet,” Johnson said. “The virus is still with us and the spike in Leicester has shown that. If it starts running out of control again, this government will not hesitate in putting on the brakes and reimposing restrictions.”

However, Johnson avoided questions about the impact of his fathers trip to Greece on the publics adherence to the guidance. Despite the U.K. Foreign Offices advice against all non-essential travel, Stanley Johnson said on Thursday that he had traveled from London to Athens via Bulgaria. But the prime minister refused to discuss the trip, saying it was a family matter.

The Chief Medical Officer for England Chris Whitty warned the possibility of a second wave is “very high” with winter potentially working “to the virus advantage,” but added the government is making “lots of preparations” for such a scenario. Earlier Friday, the government confirmed the R value remains between 0.7 and 0.9 for the whole of the U.K. — very close to the level at whicRead More – Source
[contf]
[contfnew]