ALLIES of Boris Johnson have said they are gearing up for a general election in early 2019 if he wins the Tory leadership to take on Labours Jeremy Corbyn.

The news comes as polls suggest that almost two-thirds of Conservatives would welcome a Tory-Brexit party coalition.

Britains next general election isnt scheduled until 2022 but sources say it may need to happen to end Brexit chaos.

The Conservative Party is struggling to pass its Brexit laws in parliament, where it lacks an overall majority. 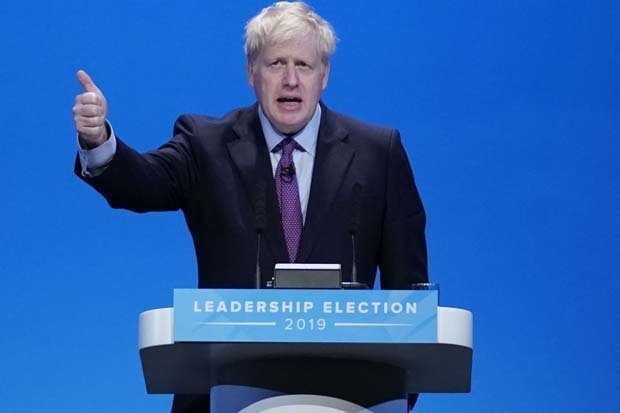 SNAP ELECTION: Allies of Boris have said that they are gearing up for a general election (Pic: GETTY)

A source told The Times: “You will need to get the party in fighting shape as early as possible.

“One of the reasons for the lack of success in 2017 was a lack of preparation.

“You need to pull things together.”

When asked on Tuesday whether he would call a national poll early, he played down speculation over his intentions but did not rule it out.

His concerns with calling a snap election would likely be funding.

Many donors deserted the party because they did not agree with Theres Mays handling of Brexit.

To strike an alliance with Nigel Farage and the Brexit party would likely win these donors back, the Times said.

The YouGov poll, which was carried out by the Times between June 19th and 21st, saw 65% of the 908 Tory members willing to back a coalition with Farage and his Brexit party.

46% of Tory members said they would be happy for Nigel Farage to lead their party.

On Thursday, Boris triumphed in the fifth round of voting, obtaining the support of more than 50% of Conservatives sitting in the Commons.

Today, Boris and leadership rival Jeremy Hunt both made their pitches to become Prime Minister at Hustings in Birmingham for the first time.