The insult was supposed to feature in a documentary on Brexit, but Foreign Office chiefs begged for the line to be cut, according to sources.

A leaked Whitehall memo said the gaffe would have made British and French relations "awkward".

Senior diplomats also reportedly went further in private, saying the term would infuriate French president Emmanuel Macron, making it even harder for the UK to get a good Brexit deal.

According to the Mail, Johnson, 55, made the "French turds" remark during a three-part documentary about the Foreign Office broadcast on BBC2 last November.

By the time it aired, Johnson had resigned as Foreign Secretary in protest against Theresa May's policy on Brexit outlined at Chequers. 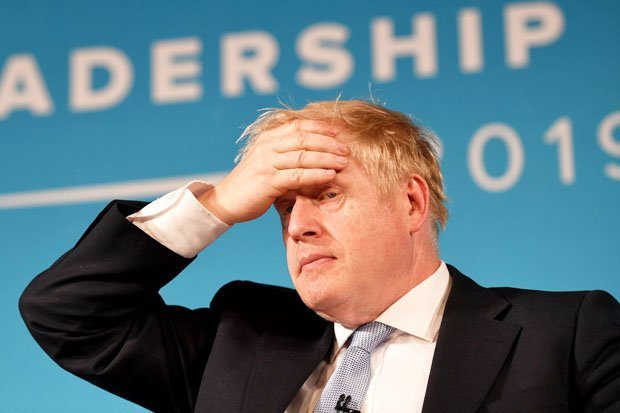 While May was still trying to negotiate with EU leaders, Foreign Office staff panicked when it heard the BBC planned to broadcast Johnson's insulting language.

In secret negotiations, Foreign Office officials begged the BBC to censor the comment, as well as another remark in which Johnson accused the French of "shafting Britain".

Originally, the BBC stuck by their plans to publish the comments by the former Mayor of London, telling the Foreign Office they were an accurate and fair portrayal of him at work.

But the Foreign Office then argued that Johnson's comment could cause "significant damage" to Britain.

They said it made a mockery of the government's aim – in agreeing to the documentary – to "promote Global Britain to a UK audience".

Eventually, the BBC gave in, removing the "French turds" remark but keeping in the "shafted" line.

In the leaked memo, dated November 13, the Foreign Office insider says: "We negotiated the removal of one potentially awkward moment where the former Foreign Secretary calls the French 'turds' so as not to distract from the rest of the programme."