BBC political editor Laura Kuenssberg tweeted that a “very senior” Conservative told her they would not back either candidate due to fears their row would split the next government.

She wrote: “One very senior Tory is not backing either Johnson or Gove because of the vitriol between them – if one of them wins, the animosity btw them and the loser could 'destroy the next govt' they said – desperate to move on from the psychodrama.”

Boris Johnson is the bookies favourite to take the helm after Theresa May announced her departure, while Michael Gove has slipped to fourth place amid his admission that he had used cocaine 20 years ago.

Gove has been heavily critical of Johnsons promise to deliver Brexit even it meant No Deal on October 31. 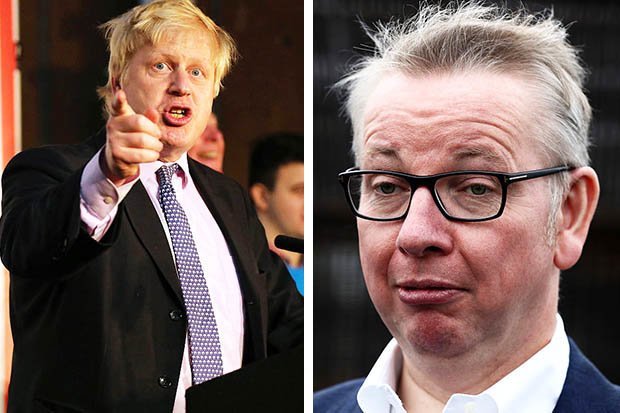 He claimed it would hand the keys Number 10 to “Marxist” Jeremy Corbyn and the SNP.

The US president cancelled plans to meet with Gove, who admitted they exchanged just "a few words" during a state banquet.

The bookies have Hunt as the second favourite to win, with Andrea Leadsom in third, Gove in fourth, and then Sajid Javid trailing behind in fifth.

Leadsom, former Leader of the House of Commons, has claimed her government would be “decisive” and “compassionate”.

SECOND: Jeremy Hunt has had a meeting with Donald Trump (Pic: GETTY)

Health Secretary Hancock promised to make the next decade the “soaring twenties” in his leadership bid.

The only Tory Remainer who was in the contest, Sam Gyimah, announced that he was pulling out today.

He cited “not enough time to build sufficient support”, after calling a second referendum on EU membership “a credible solution” to Brexit.