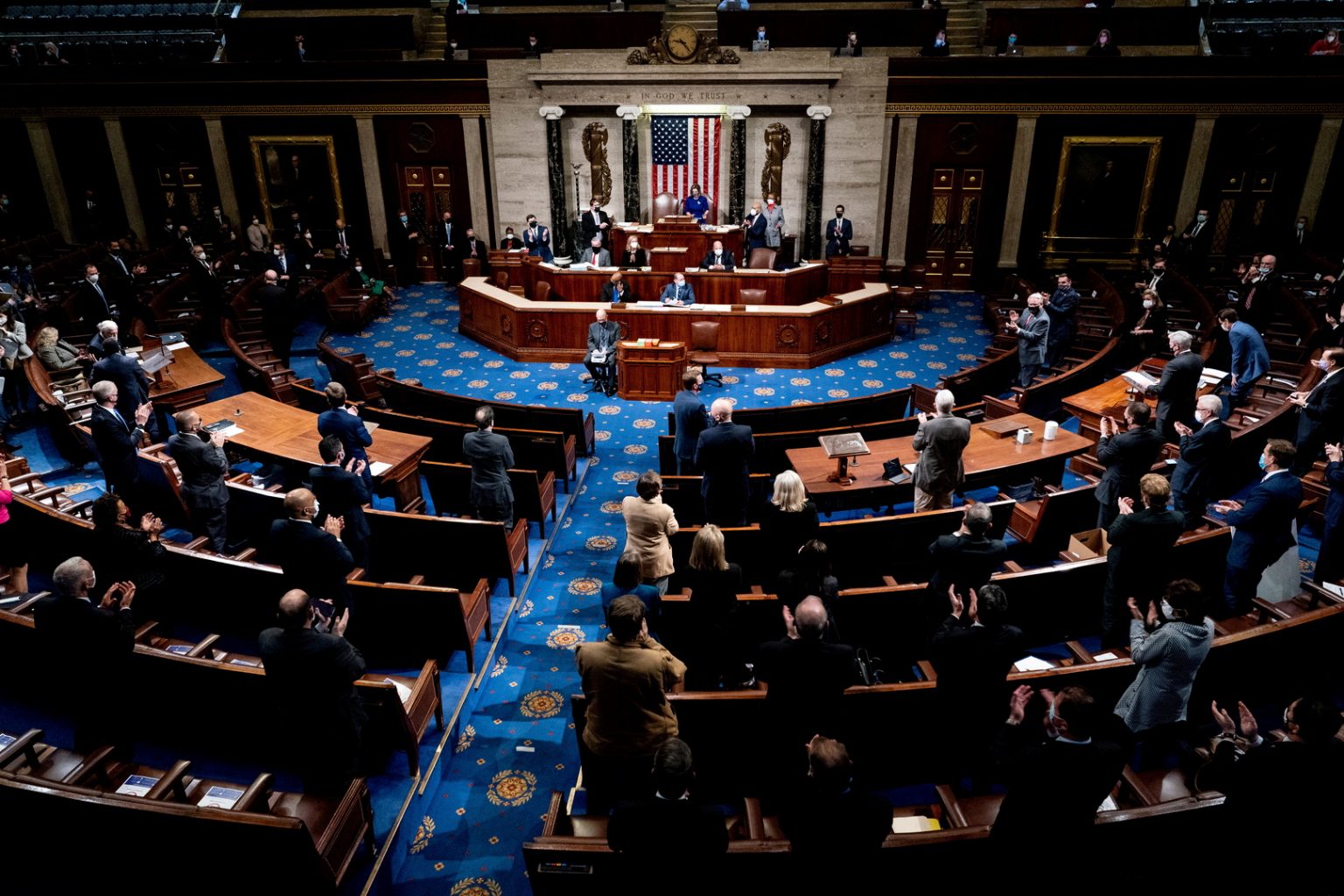 The US Senate has approved Biden’s stimulus plan, the largest stimulus package approved by the United States in its history, valued at $1.9 trillion.

The approval of Biden’s plan came after intense discussions of more than 25 hours, and it came with 50 votes in favor of the package, while 49 votes against.

The House of Representatives is scheduled to sign the Senate approval of Biden’s plan, to become law enforceable next week.

The stimulus bill gives Biden his first legislative victory, and paves the way for work during the spring on a bill to stimulate the recovery of massive infrastructure and manufacturing.

The session witnessed sharp disagreements among Democrats over unemployment aid, and the Republicans’ failure to approve about 36 amendments.

Biden said in brief statements that the approval of the plan will help in distributing financial aid to the Americans as of this month. He expressed hope that the House of Representatives will pass the bill quickly so that he can sign it.

The President added that the economic stimulus plan will save many jobs on the one hand, and speed up the manufacture and distribution of anti-COVID vaccines on the other hand.

For his part, the leader of the Democratic majority in the House of Representatives, Steny Hoyer, said in a tweet that the House will vote on Tuesday on the bill.

The plan includes $400 billion as a stimulus package for most of the people with the aim of reviving the economy.

Most citizens will get a stimulus check of $1,400. The plan also includes unemployment benefits for about 9.5 million who lost their jobs in the crisis, the per capita share of which is $300 per week, and $350 billion in aid for state and local governments whose budgets have been affected by the pandemic.

Senate Democratic Majority Leader Chuck Schumer said ahead of the vote that the bill is a recipe for overcoming the pandemic that has killed more than 520,000 across the country and turns most aspects of American life upside down.