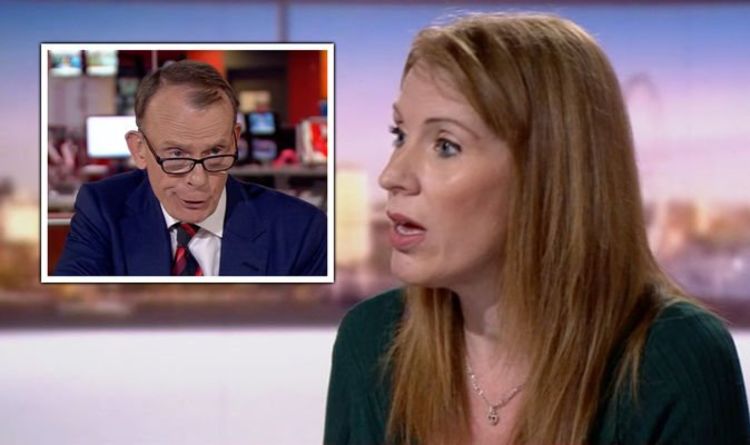 ANDREW MARR rattled Labour deputy leader after challenging Angela Rayner to take responsibility for the care home crisis that has shocked the country during the coronavirus pandemic.

Andrew Marr demanded Labour take responsibility for the coronavirus chaos, as the BBC host pointed out that Labour-run Wales showed “the exact same problems”. Marr challenged Labour’s deputy leader Angela Rayner to “share responsibility” with the Tories as the BBC host blamed the ongoing crisis on both main parties. Angela Rayner looked stunned and dodged the question in her response, instead blaming the guidance that Downing Street had issued on care homes.
[contfnewc]

When Ms Rayner said that the Government had “tragically let down” care home workers, Marr interrupted the senior Labour figure.

The BBC political host said: “They have been tragically let down by Labour Governments as well as Conservatives ones.

“This is a long-term problem, the ignoring of the care home sector and its underfunding.

“In Wales, where Labour is in charge, we see exactly the same problems about the lack of testing.

“So this is something that at least two of the main parties have the share responsibility for.”

Ms Rayner responded: “Well, the national framework and guidance the governments put out was totally inadequate.

“We allowed people to be discharged without the testing. So we seeded the virus in care home.

“The Government has really let these care workers down. They really do need to step up.”

Marr went on to accuse Labour of acting “too aggressive” in its criticism of the Government.

He cited Dawn Butler, a Labour MP who claimed this week that Boris Johnson was intentionally “sending people to catch coronavirus”.

Ms Rayner didn’t respond to Ms Butler’s remarks, but said: “Keir Starmer has been quite clear from the start, we want to be a constructive opposition. Honestly, I really want them to succeed.

“But we also have to call out when things are not done correctly.”

The interview sparked a backlash across the political spectrum online.

Labour supporters, including local Labour councillors, criticised Marr for “doing the Tories work for them”.

Others applauded Marr for holding Labour to account, and attacked Ms Rayner for “dodging the criticism of Labour’s handling of coronavirus in Wales”.

One tweeted: “Andrew Marr has just called her out over Labours culpability in relation to Care Home underfunding in Labour run areas over the years. But its easier to just blame the government for everything isnt it?”