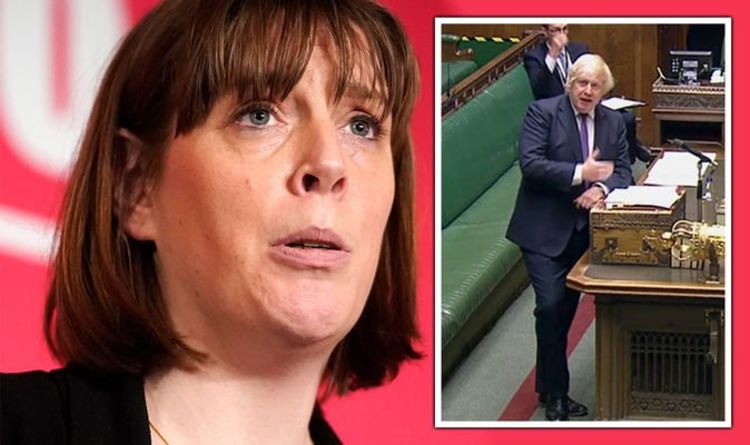 A TORY Minister accused Labour’s Jess Phillips of “talking Britain down” in a tense on-air spat during the BBC’s Any Questions.

Tory Housing Minister Chris Pincher took a swipe at Labour MP Jess Phillips during a tense on-air BBC spat. During Friday’s BBC Any Question, Mr Pincher accused Ms Phillips of “talking Britain down” during one of her responses. He interrupted her with the dig when she claimed that not that many people in the EU wanted to come to live in the UK.
[contfnewc]

The spat arose from a discussion on Hong Kong and Boris Johnson’s recent offer of a bespoke five-year visa to its residents.

Host Chris Mason said that Mr Pincher had “no clue” how many people in Hong Kong would take up the offer, amid immigration fears.

It is understood that as many as 2.9 million Hong Kong citizens with British national (overseas) status would be eligible for the move.

Mr Pincher responded: “I won’t put a figure on the people who may or may not come from Hong Kong to Britain.”

He added: “But I will say, we will stand up as a moral anchor for what we think is right.

“We will stand up to China and tell them that the actions they have taken are wrong.

“Boris recently spoke about how we had 550 million want to come to the UK from the EU and we handled that desire pretty well.”

Ms Phillips, who serves as Safeguarding Minister in Sir Keir Starmer’s shadow cabinet, took an issue with this.

She said: “I want to correct Chris. Maybe he misspoke when he said that 550 million wanted to come to live in the UK.

“They could have because they are a part of the EU, but nowhere near 550 million necessarily wanted to come to live in the UK.”

Mr Pincher then fired back: “Oh, Jess, I mean, don’t talk the country down!”

“Quite a lot of our own wanted to go there. That’s because we all got on.”

Before the topic drifted towards Brexit and the EU, Mason urged the two politicians to remain on topic and respond to the Hong Kong discussion at hand.

Boris Johnson this week said Chinas imposition of a security law on Hong Kong was a “clear and serious” violation of China and Hong Kong’s treaty with Britain.

The foreign secretary, Dominic Raab, promised the UK would honour its commitment to the people of Hong Kong.