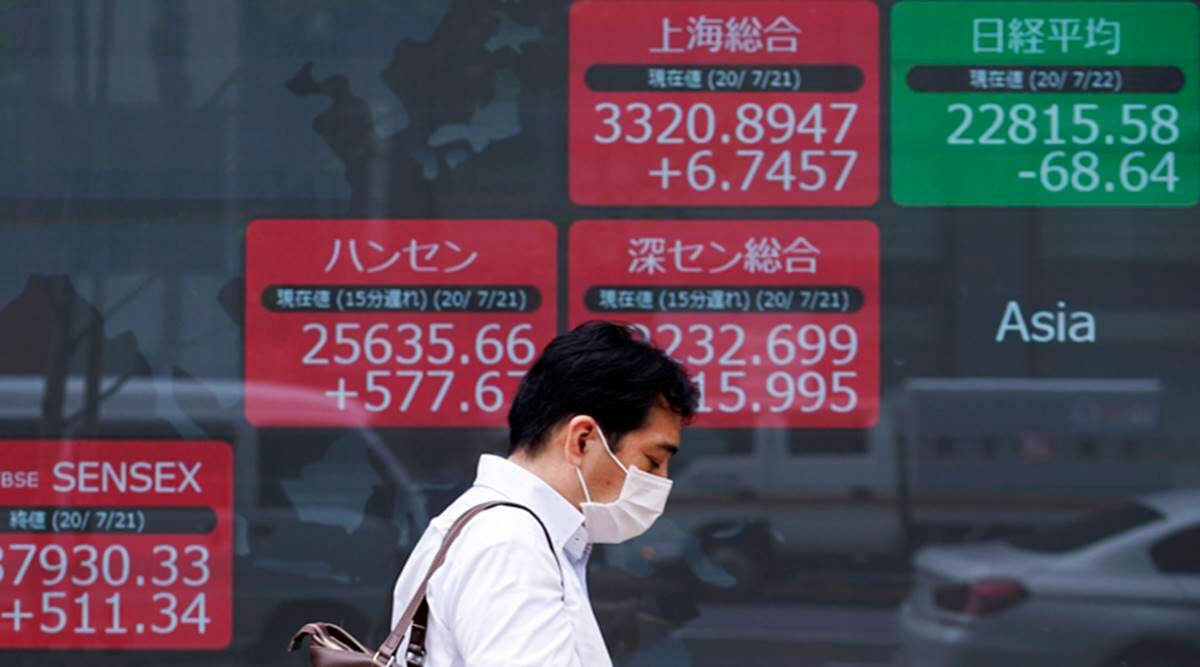 Asian stocks were trying to achieve stability on Monday as a run of stellar U.S. corporate earnings put a floor under markets.

At the time, Beijing’s regulatory crackdown continued to reverberate amid disappointing economic news.

A trend likely to ensure a strong payrolls report at the end of this week, U.S consumers spent with abandon in June as coronavirus restrictions eased.

Asian stocks did not do well, with China’s news regulations regarding tech and education sectors hammering stocks in light of the spread of the Delta variant of the coronavirus in the region which hit growth.

MSCI’s broadest index of Asia-Pacific shares outside Japan was last up 0.2%, having hit its low for the year so far last week.

After recording its lowest in January, Japan’s Nikkei bounced back 1.6%.

“The 10-15 year period where foreign investors were allowed to participate in the walled garden of Chinese high growth stocks was an aberration,” said BofA economist Ajay Kapur.

A shift in China’s regulatory regime was underway that held implication well beyond the tech sector, he said.

“Regulatory tightening in the world’s second largest economy intended to reduce inequality and make housing and goods more affordable is deflationary, something that the many bond bears need to consider.”

With yields on U.S. 10-year notes falling for five weeks in a row to reach 1.23%, equity valuations elsewhere have already been supported by a steady decline in bond yields.

Away from its July low of $1.1750, that drop came with surprisingly robust EU economic data out on Friday to lift the euro to $1.1866.

The decline in bond yields and the dollar gave gold a boost last week. However, but it again stalled at resistance around $1,832 and was last trading flat at $1,811 an ounce.

On Monday, oil prices eased as soft Chinese data undermined the outlook for demand, though that follows four straight months of price gains.