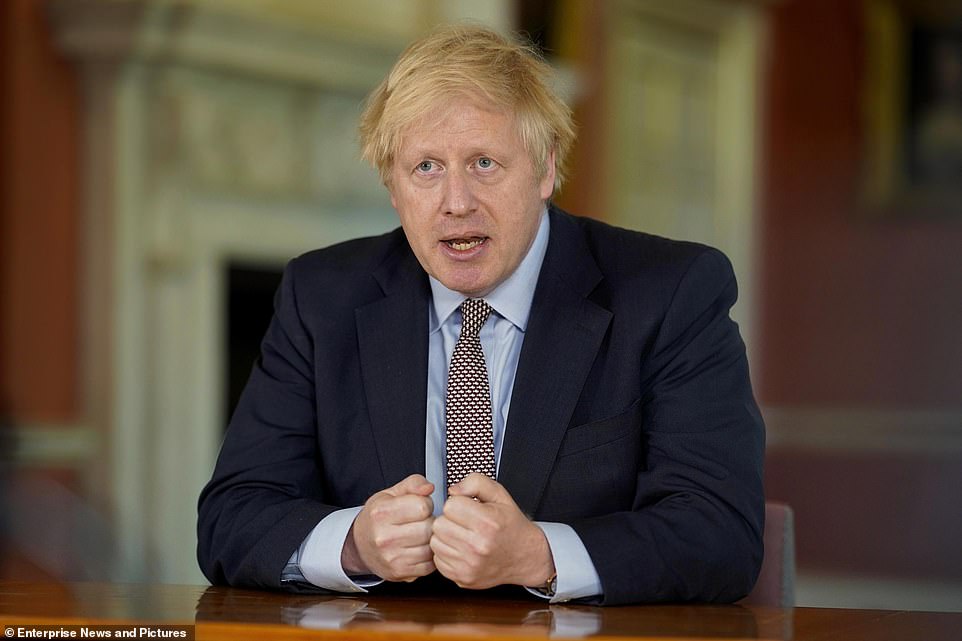 Only a few weeks ago Boris Johnson was invoking the spirit of Winston Churchill when he called on the nation to unite in the fight against the coronavirus. As he took the momentous decision to order the closure of pubs, restaurants and many shops on 23 March, much of the United Kingdom seemed ready to respond and rally round the flag at a time of crisis. Similar lockdowns were ordered in Scotland, Wales and Northern Ireland. Rival political leaders offered to abandon hostilities and seek consensus. There was talk of forming a government of national unity. Johnsons ratings soared in the polls as voters heard the call to join a great collective effort. “We will get through this together,” he told the country.

That was then. Last week the short-lived unity fractured, and trust in the government in London started to haemorrhage away. Political leaders in Edinburgh, Cardiff and Belfast began to resist and go their own ways in the fight against Covid-19. In England, open dissent started to break out in the regions. This weekend some council leaders in England have vowed to defy the government at Westminster by refusing to re-open schools on 1 June, as Johnson wants, because of fears for their pupils and teachers safety. The R rate (of the viruss reproduction) is too high and the move too risky, they say, echoing the views of worried teaching unions. Yesterday Hartlepool council issued a statement: “Given that coronavirus cases locally continue to rise, Hartlepool borough council has been working with schools and we have agreed they will not reopen on Monday 1 June. Whilst we recognise the importance of schools reopening, we want to be absolutely clear that we will be taking a measured and cautious approach to this.”

The worry in northern parts of the country where the R rate is rising is that there could be a surge in cases that would then spread nationally. As Andy Burnham, the mayor of Greater Manchester writes in this newspaper today, reflecting on the past week: “Life has changed and, suddenly, everything feels very fractious.”

The unravelling of consensus began with Johnsons televised address to more than 27m viewers from Downing Street, in which he announced a number of minor relaxations of lockdown rules and dropped his governments “stay at home” message in favour of a new slogan – “stay alert”. People in the UK would, he said, be allowed to travel more freely, go outside for unlimited amounts of exercise, play tennis and golf, and meet someone outside from another household so long as they stayed two metres apart.

Those in charge in Wales, Scotland and Northern Ireland were both dismayed that Johnson had abandoned the “stay at home” slogan and furious at the lack of consultation. “There has been dialogue and it has always been in a convivial atmosphere,” said the SNPs leader at Westminster, Ian Blackford. “But the problem is that this has been after decisions have been taken. It seemed on Sunday night as if Johnson thought he was announcing policy for the whole United Kingdom.”

If that was the case, the prime minister knows better now. The devolved administrations have flatly rejected Johnsons strategy and warned that they will continue with the stay at home guidelines. Ahead of what is expected to be a spell of good weather over the next few days, Adam Price, the leader of Plaid Cymru – a party whose raison detre is Welsh independence – warned that English people would be pulled up by the police if they ventured into his country to visit beauty spots such as Snowdonia.

“Lets not beat about the bush,” Price said. “If you drove into Wales from England at the moment without a legitimate excuse you would get arrested. Many people would not have thought that it was even possible but it is the reality on the ground.”

Snowdonia national parks chief executive, Emyr Williams, said wardens and the police would be working to enforce Welsh rules. “Weve got 15 wardens patrolling. We have also got North Wales police patrolling. They have issued 70 fines so far and they have turned away many more before they even reach the park.”

The first minister of Scotland and leader of the SNP, Nicola Sturgeon, also spoke of repelling the English if they tried to cross the border to her country without good reason. Appearing against a “stay at home” backdrop, Sturgeon said: “If you are coming into Scotland for reasons that are not covered by those essential purposes then you potentially would be in breach of the law.”

Prof Robert Ford of Manchester University says that whereas entering the lockdown seemed momentous, it was in fact easier, and less politically divisive, than extricating ourselves from it is proving to be. “We went into the lockdown with a sense of national unity, but now it looks like we will be coming out of it with sharper political arguments than ever,” he says.

As the past week has made clear, the crucial battles – for power, money and control as lockdown is eased – will now be fought between London, the devolved administrations and Englands regions and local councils. The argument for a more decentralised Britain has been unleashed in earnest by Covid-19.

Prof Tony Travers, an expert in local government at the London School of Economics, says the UKs highly centralised system of government, and its NHS, do not respond well to crises and challenges that require flexible, fast and effective local responses.

“It does appear that some smaller countries and federally structured nations like Germany seem to have been more flexible than the somewhat monolithic approach in Britain.

But, Travers added, a UK version would have to also involve properly funding local government, whose financial resources had been cut by over 40% since 2010. The cuts had also severely impeded their ability to respond to the current crisis.

For a Tory party traditionally committed to low taxes, which has relentlessly squeezed public services and local authorities in the past, giving the regions their head is an ideological challenge. But a second, even more severe, bout of austerity to pay the Covid-19 bill will not satisfy the many new Conservative MPs in the Midlands and North who won Johnson his majority at the election in December. They will also be aware that, for Keir Starmers Labour party, championing the regions may offer a way to re-connect with traditional areas of support that abandoned the party in the general election.

Former home secretary Amber Rudd said she expected a “big debate” on the way forward and Johnson to address some of the challenges in a big, defining speech, imminently.

The former cabinet minister Damian Green, chairman of the 100-strong One Nation caucus of Tory MPs, said his party had to learn the lessons of Covid-19 and respond in the light of the strains it had created. He said: “The time is right for one nation Conservative policies of supporting public services to help the disadvantaged and spreading power out from the centre to local people.”

Ford agreed that a big Tory battle was in prospect, asking: “Will home counties fiscal conservatives be willing to swallow more taxes, more government, more freedom for local councils? For much of the past three years our politics has been driven by a civil war within the Tory party. This may end up being true again, but this time the war will be fought on a different front. It will be a fiscal civil war instead of a Europe civil war.”