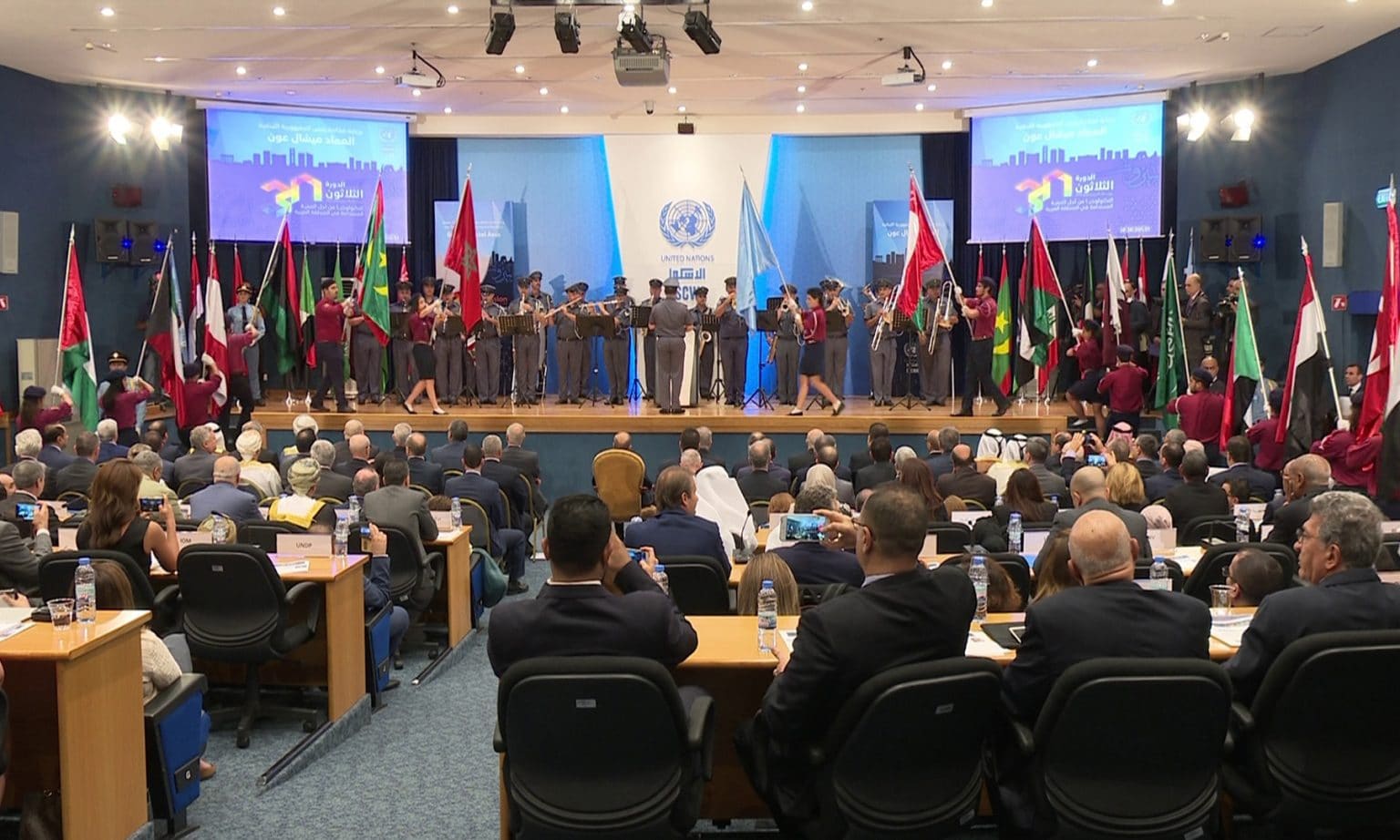 The Arab countries’ share of the Special Drawing Rights (SDRs) from the International Monetary Fund (IMF) is $37.3 billion, the United Nations Economic and Social Commission for Western Asia (ESCWA) said in a study titled “Special Drawing Rights and Arab Countries: Financing for Development in the Era of COVID-19 and Beyond.”

This amount allocated for Arab countries comes from the total amount of $650 billion allocated by IMF to member countries to help countries fight the Coronavirus pandemic.

SDRs is an international interest-bearing reserve asset created by IMF in 1969, as a complement to other reserve assets of member countries.

It is based on a basket of international currencies consisting of the US dollar, the Japanese yen, the euro, the British pound and the Chinese yuan.

The allocation “is the largest in the institution’s history. Governments in the region should adopt a bold approach to maximize the benefits of this unprecedented financing opportunity,” ESCWA said in the study.

ESCWA indicated that Saudi Arabia obtained the largest share of new distributions among the countries of the region, with a value of $13.7 billion.

The organization pointed out that Saudi Arabia and the UAE alone accounted for a share equal to the shares of the rest of the Arab countries combined.

Lebanon, which is facing an unprecedented financial crisis, obtained $865 million, equivalent to 2 percent of its reserves, which are about to run out.

Syria, with 80 percent of its population now living below the poverty line, received $390 million. As for Yemen, which more than 20 million people need some form of humanitarian assistance and protection, received $660 million.

In the study,  ESCWA Executive Secretary Rola Dashti called for “Countries with sufficient international reserves may channel unused SDRs at no cost (donating them so to speak) to low- and middle-income countries, especially in the Arab region which is home to 37% of the world’s displaced persons and half the world’s refugee population.”