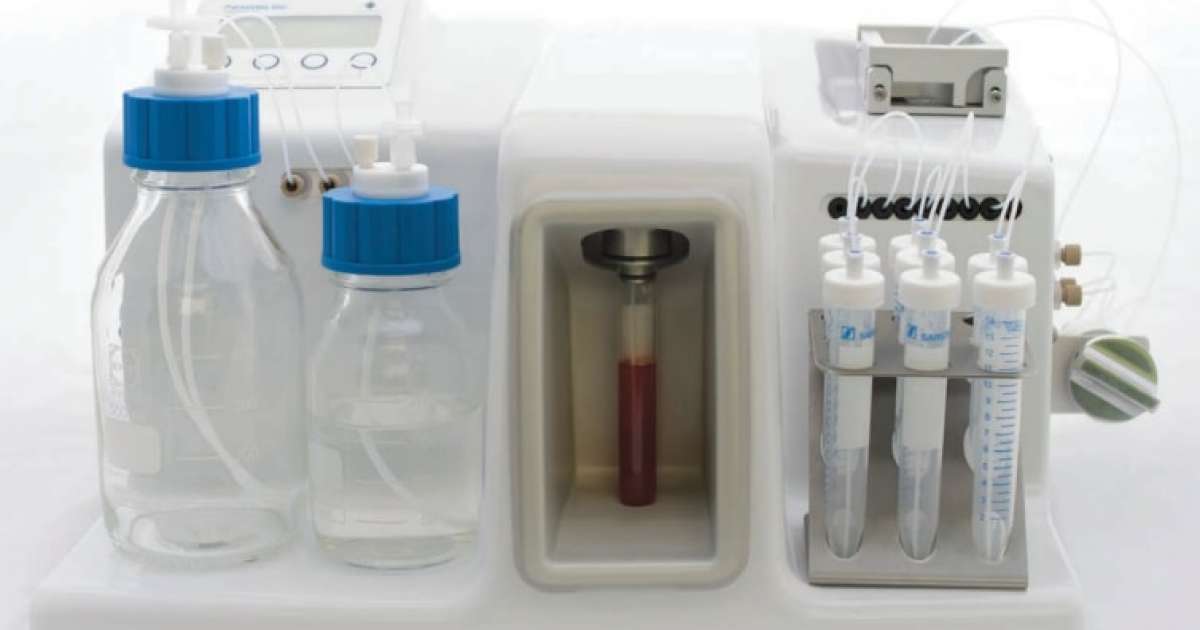 ANGLE plc (LON:AGL, OTCQX:ANPCY) is the firm behind Parsortix – a simple blood test which can help doctors spot the signs of cancer at an early stage.

Blood tests – or liquid biopsies as they are known to clinicians – are seen as having important advantages over the tissue samples that are commonly used by hospitals: they are less traumatic, return results quicker and are cheaper.

Parsortix is to different to many of its rivals as, rather than testing for fragments of dead cancer cells, it detects and captures circulating tumour cells (CTCs).

CTCs provide the tell-tale signs of cancer and their capture can allow doctors to more accurately assess treatment options.

This method is seen as more reliable because other tests have shown that fragments of dead cancer cells are present in around a quarter of people over 65 who do not have cancer. CTCs, on the other hand, give a complete picture because they can only be found in people with cancer.

The system has also been supported by the results of a study from the University of Southern California (USC), published in the International Journal of Molecular Sciences,which highlighted the “key advantages” of its Parsortix system compared to a standard of care tissue biopsy.

A study by the University of Athens showed its liquid biopsy was superior to a leading antibody approach when it came to harvesting CTCs in people with head and neck cancer.

Parsortix has also been used by researchers in Santiago, Spain, to screen people with head and neck and non-small cell lung cancers.

Cancer is where Parsortix has been gaining the most traction – with more than 200 of its devices are in use around the world, but the system has also showed promise in harvesting foetal cells, which could help detect abnormalities such as Downs Syndrome in unborn children.

In the small-scale study, Parsortix was able to distinguish between male and female chromosomes and, in one case, correctly identified trisomy 21, the marker for Downs.

Parents and doctors are willing to pay a hefty price to ensure the health of their unborn babies, with the non-invasive prenatal testing market estimated to be worth around US$600mln. Analysts expect it to grow to US$1bn a year by 2022.

Researchers in Western Australia using the Parsortix liquid biopsy system have found another use for the cancer detection device. A team at Edith Cowan University in Perth deployed the technology to monitor people with melanoma and were able to sort them into high risk and low-risk groups.

This has opened the possibility of assessing the prognosis and tailoring the treatment approach "taking into account disease status”, ANGLE investors were told. Parsortix was also shown to be superior to other methods looked at by the Edith Cowan team at picking up the tell-tale signs of cancer assessed.

A study by Italy's Istituto Nazionale Tumori di Milano suggested that even the presence of a single circulating tumour cell (CTC) in a blood sample prior to treatment may predict a reduced progression-free survival.

An analysis by the University Medical Centre Hamburg-Eppendorf used Parsortix in the early detection of the spread of lung cancer to the brain, suggesting it could be a viable solution.

Currently, the only way to assess whether the disease has developed in this way is to carry out a “highly invasive” tissue biopsy.

New research from the Laboratory of Translational Oncology, School of Medicine, University of Crete, also demonstrated the potential of Parsortix to assess whether non-small cell lung cancer (NSCLC) patients will respond to immunotherapy drugs.

A study conducted at University of Southern California concluded that the liquid biopsy system provides a “straightforward and scalable approach” to analysing and assessing treatment options for men with advanced prostate cancer, while ANGLE believes the workflow could extend to most solid tumour cancer types.

How it is doing

In an outlook statement accompanying results for the eight months ended December 31, 2019, the liquid biopsy specialist said its full De Novo FDA submission is in preparation so that it Read More – Source
[contf]
[contfnew]