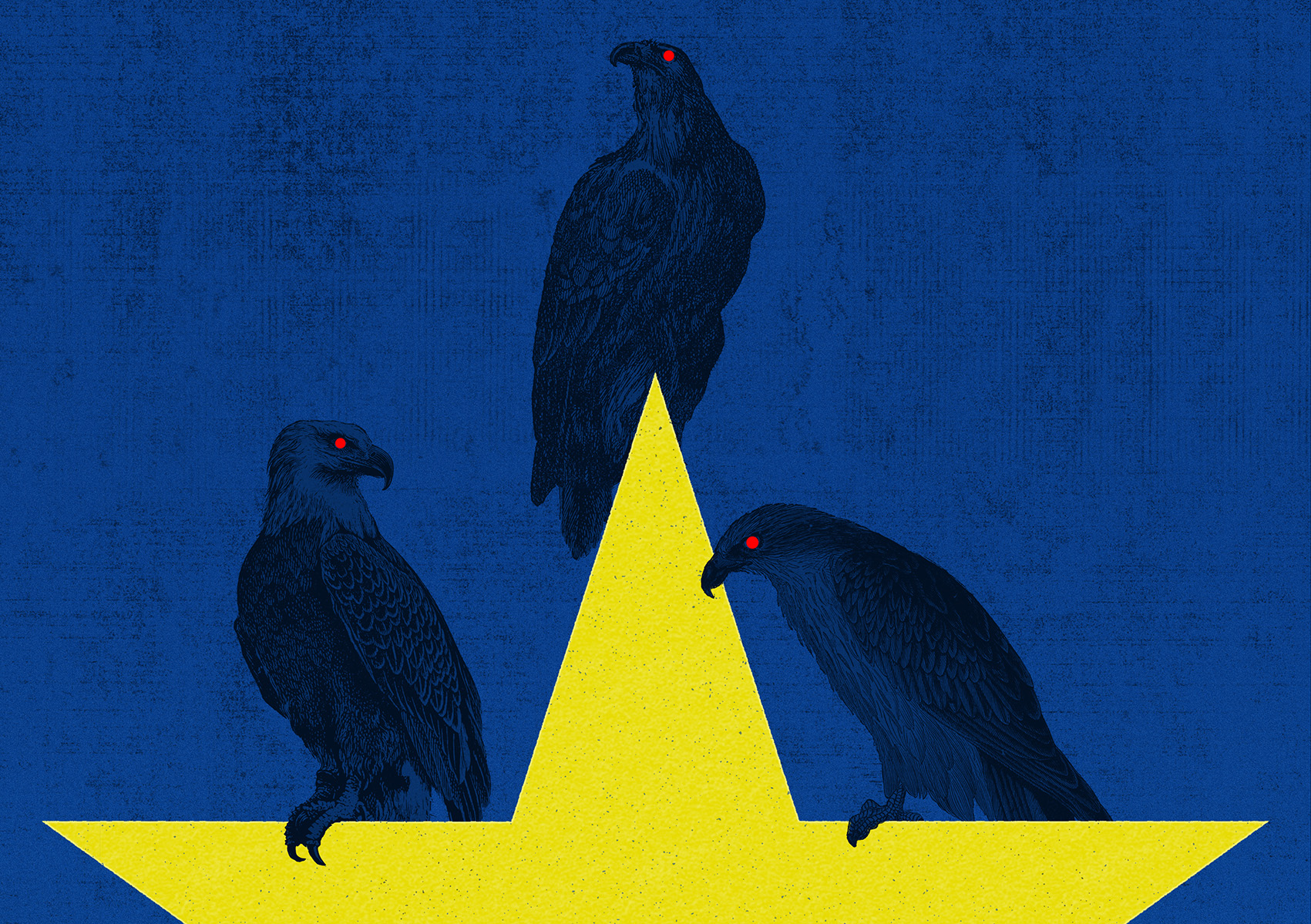 Since the election of U.S. President Donald Trump in 2016, right-wing digital groups and online activists who helped get him elected have exported their divisive playbook to Europe through digital chatrooms, encrypted messaging apps and the occasional trip across the Atlantic.

Their goal: to road test tactics for the 2020 U.S. presidential race in the Old World.

Over the past three years, American activists have butted into European online debates ahead of major elections with doctored photos of politicians and inflammatory online posts around hot-button issues like immigration and climate change. Theyve created misleading partisan websites pretending to be news outlets, honed their social media trolling tactics and encouraged local voters to share misinformation, including about the novel coronavirus.

“Its a definite paradox,” said Ben Nimmo, director of investigations at Graphika, a social media analytics firm that tracks these campaigns. “The U.S. far right, a nationalist and racist movement, is now trying to go global itself.”

The hashtags #GetBrexitDone and #TakeBackControl started trending in the U.S., despite most Americans being largely apathetic toward Brexit.

The efforts impact — to the extent that it can be measured — has not always matched its ambition.

Despite a groundswell in the volume of American-made misinformation in Europe, activists efforts largely failed to sway public opinion, according to online campaign analysts, hate-speech experts and policymakers who have tracked the growth of American digital activists operating in the EU over the last four years.

But that was hardly the point. For the most part, these groups had another audience in mind: Americans back home.

In boosting a populist European candidate, or getting a particular social media hashtag to trend ahead of an election, U.S. activists sought to piggyback on European political debates and divisions to create online propaganda to boost their world view for voters in the U.S.

When U.K. Prime Minister Boris Johnson took to Twitter last fall to hail his new Brexit deal with the European Union, for instance, American Twitter users with handles such as @2BeConservative and @TRUMPISNOW started to retweet the message, according to an analysis by FirstDraftNew, a nonprofit focused on online campaigning.

Soon, the hashtags #GetBrexitDone and #TakeBackControl started trending in the U.S., despite most Americans being largely apathetic toward Brexit. The idea of a polarized Britain — and a leader like Johnson who rose to the occasion to champion the will of the people — served to boost Trumps “stick it to the elites” narrative.

“Theres not much concern within U.S. extremist groups about what is happening in Europe,” said Chloe Colliver, who heads the digital research unit at the Institute of Strategic Dialogue, a London-based think tank that analyzes online extremist speech. “They are more focused on using European elections for their own domestic-level policy and political campaigns.”

The online campaign in Europe began soon after Trump was sworn into the Oval office.

In the final days of the French presidential campaign in May 2017, hackers with possible ties to the Russian government released reams of internal documents from the campaign of Emmanuel Macron, the now-French president who was up against Marine Le Pen, the leader of the far-right National Rally, in the final runoff. 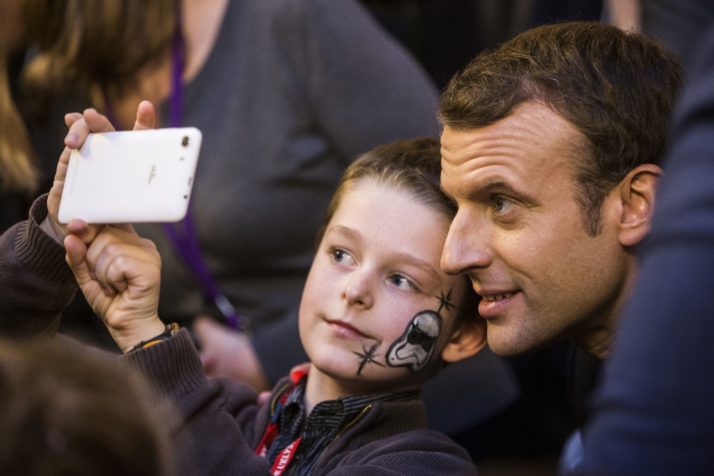 On online message boards like Reddit and Discord, which are popular among far-right groups, American activists game-planned how to saturate networks in France with fake accounts. They quickly drummed up viral memes of Macron as Marie Antoinette, the out-of-touch French queen, and shared them with local activists in the hopes that Le Pen supporters would use them in their own attacks on the French president.

“We must bombard French social media with pro-Le Pen propaganda to remind the French who is on their side,” read a call-to-arms on 4Chan, another message board, just weeks before the election — a post that was subsequently deleted. “Really hammer in the point that he doesnt give a f*ck about the common man.”

For the most part, their efforts failed to get much traction among the French. Part of the reason was the language barrier, as posts were largely in English, said Tommaso Venturini, a researcher at French National Centre for Scientific Researchs Centre for Internet and Society.

When #MacronLeaks did start to trend in France, it was in large part because it was being used by people debunking claims made by far-right activists.

U.S. activists made their biggest impact when local far-right groups actively sought to cooperate or emulate their tactics

The incident marked “a turning point” for U.S. activists, according to Nimmo at Graphika.

While the groups failed to get much attention in France, their anti-Macron hashtag was soon trending back home in the U.S. — despite most American Twitter users not interested in European politics. That allowed these activists to portray the soon-to-be French president as someone from a corrupt political elite and to link the scandal to Trumps pledges to “drain the swamp.”

The incident proved they could hijack European events to their own advantage domestically, and it set the stage for efforts across the Continent.

U.S. activists made their biggest impact when local far-right groups actively sought to cooperate or emulate their tactics — or when an unexpected domestic European event played into a narrative they were seeking to promote.

Ahead of Italys national election in early 2018 — where populist and far-right leaders outperformed many of the countrys traditional parties — local online campaigners discussed misinformation tactics with American groups in encrypted apps like Telegram and on digital message boards, according to a review of these messages by POLITICO and an analysis from the Institute for Strategic Dialogue.

The arrest of Luca Traini, a failed candidate for Italys far-right League party who was accused of shooting and wounding six African immigrants, also offered an opening for U.S. groups. In fringe parts of the internet, they promoted him as a cause célèbre.

The Daily Stormer, a U.S. neo-Nazi media outlet, hailed Trainis actions as a boost for far-right candidates in Italy. On 4Chan, anonymous users shared viral memes depicting him as a character in popular violent video games, dubbing him a “god of racewar.” 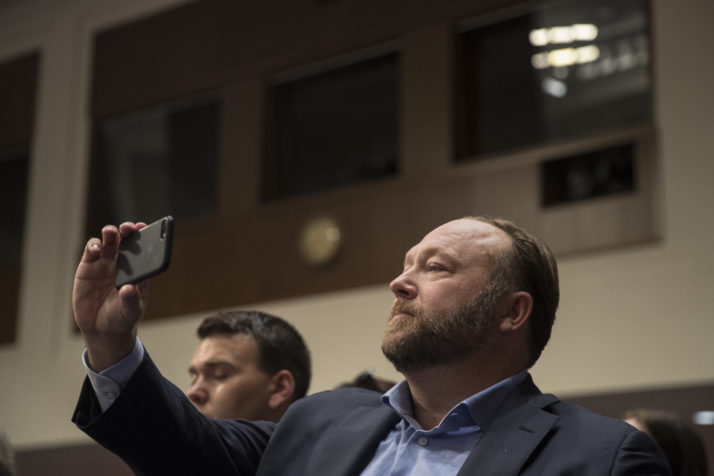 With just weeks before Italians went to the polls, an online campaign surfaced urging people to put up posters calling Traini an “eroe,” or hero. The call emulated a U.S. tactic — which is now becoming increasingly common across Western Europe — of sharing “Its OK to be white” fliers on college campuses.

“If you are Italian, please help by printing out this image and spreading wherever you can,” the post read, in English, though it was unclear who was behind the message. “If you are not Italian, you can also contribute by sharing it on social networks.”

In Sweden, U.S. activists also jumped on the countrys national elections in late 2018 when migration became a polarizing topic amid an influx of Middle Eastern refugees.

Far-right conspiracy theorist Alex Jones, as well as other U.S. pundits and outlets like Breitbart, spread false reports about the arrival of these immigrants to the Scandinavian country. Message boards were swamped with posts about the alleged degradation of Swedens white population.

In the U.S., the Swedish election barely made waves outside fringe groups.

Several alt-right leaders, including white supremacist Samuel Jared Taylor, attended extremist conferences in and around Stockholm, according to misinformation experts who tracked these campaigns.

When Swedes eventually went to the polls, U.S. digital activists — as well as activists from other European countries like Poland — amplified incorrect claims made by local far-right groups that there had been widespread election fraud, according to a review of message board conversations by POLITICO.

“MASSIVE FRAUD!!” one anonymous Reddit user said in a message chain that has since been deleted. “Why is the lamestream media not talking about this?”

The false accusations of fraud also spread via social media bot networks, where they were then picked up by far-right media outlets in the U.S. and across Western Europe, most notably in Germany, according to analysis from the Institute for Strategic Dialogue. 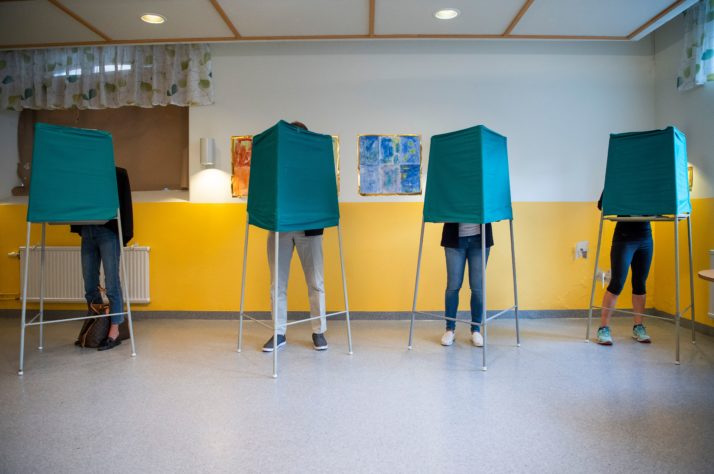 Despite the rapid spread of “unfounded talk of electoral fraud,” Mikael Tofvesson, a Swedish civil servant whose team was tasked with countering foreign interference, said he was “confident that the election wasnt interfered with.”

In the U.S., the Swedish election barely made waves outside fringe groups. But right-wing activists concluded that electoral fraud could be an issue they could tap into ahead of the 2020 presidential election, according to a review of online message board conversations between these campaigners.

U.S activists made inroads with topics like migration, where the far right on both sides of the Atlantic share common ground. But their lack of understanding about Europes complex political landscape hindered many of their efforts.

Ahead of the European Parliament election in May, 2019, for instance, European activists grew tired, and even angry, over American groups interest. The efforts coincided with the failed attempt by Steve Bannon, the former White House chief strategist, to unify the regions nationalist political parties under one umbrella.

But in the weeks leading up to the May vote, only a handful of participants from a small stable of fringe groups were active on the platform.

In Germany, U.S. activists attempted to boost attacks on the science behind climate change being made by the far-right Alternative for Germany.

Online users grumbled that American users were posting too much material about U.S., not European, politics. “No offense, but this is a server in particular for Europeans,” one anonymous moderator commented.

In Germany, U.S. activists attempted to boost attacks on the science behind climate change being made by the far-right Alternative for Germany. But their efforts, too, failed to break through.

For the most part, German voters shared a widespread belief in the scientific consensus behind climate change, according to Alexander Carius, managing director of Adelphi, a think tank in Berlin, who co-authored a review of the climate change agendas of Europes right-wing parties. That left little, if any, room for right-wing conspiracy theories about global warming.

Other times, U.S. efforts to link European politics to their world view did these groups more harm than good. 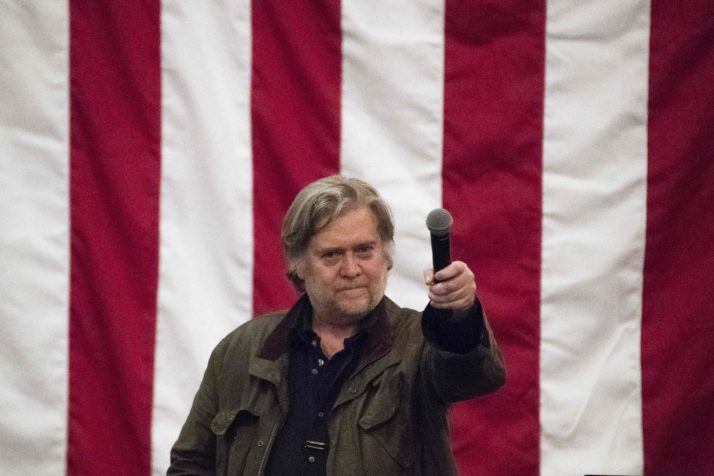 In Ireland, where U.S. activists had more success in influencing the national conversation because of the shared language, their tactics drew unwanted attention from authorities and tech companies that eventually shut some of their efforts down.

In the run-up to Irelands referendum on abortion in May 2018, several U.S. groups started buying Facebook political ads to persuade people to vote against repealing the ban on abortion. Others