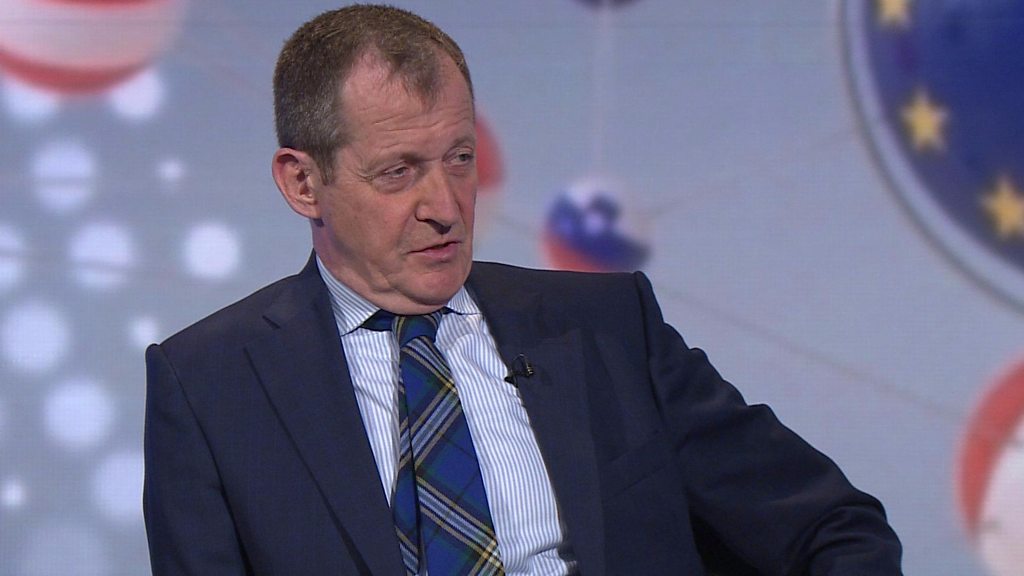 ALASTAIR CAMPBELL is the Labour Party’s former spin doctor and is known for his love of winning – so much so that he praised the Conservative Party for their “ruthless” approach to politics and victory.

Alastair Campbell was the Labour Partys spin doctor under Tony Blair, bringing the party into the 21st century. He became a formidable figure in the world of public relations, known for his dogmatic approach and stoic work ethic.
[contfnewc]

His job largely consisted of bringing the Labour Party to the centre ground – something which he achieved.

His influence was so far reaching that, during the 1997 general election, The Sun newspaper – a once staunch Thatcherite publication – endorsed Mr Blair and Labour.

“New Labour” as it became known dominated the British political landscape for ten years before Mr Blair resigned in 2007.

Since, the party has failed to garner anything near the power it once held so firmly.

For Mr Campbell, this is a result of Labour’s lack of desire for victory.

He explained why he thought the Labour Party continued to fail at elections during his Oxford Union address in 2016.

More surprisingly, perhaps, was his praise of the Conservative Party and their seeming ability to continuously win in recent years.

On this, he said: “There are lots of things that he says (Jeremy Corbyn) that I want to happen.

“But one thing I know is theyre never ever going to happen unless we have an absolute relentless focus on winning power.

“Whenever I say that on the television, there is an avalanche on social media.

“I get why dont you just go and join the Tories then?

“As if the Tories have got a monopoly on winning.

“We were so close to honestly putting them out of business.

“And now theyre back.

“Ill tell you one thing about the Conservative Party, and theres been plenty of their people in this place before, theyre ruthless about power.

“Lets just look at whats happened since the referendum.

“David Cameron, against the odds, he won a majority.”

Mr Campbells bad blood with Labour escalated towards the end of Mr Corbyns being in power.

The former spin doctor had, since Mr Corbyns ascension to leadership, condemned his method of politics.

It led to Mr Campbells expulsion from the party in 2019 after he admitted to voting for the Liberal Democrats in Mays European elections, live on TV.

And, during the union address, he revealed the extent to which tensions bubbled away between him and the then Shadow Chancellor, John McDonnell.

He said: “The Question Time thing I did recently with John McDonnell, the Shadow Chancellor.

“Here, it dawned on me not for the first time, but when its on a live television programme you feel it more intensely than when youre having a chat.

“Actually I felt that he probably has a greater antipathy towards people like me, the Blair team, than he does to the Conservatives.