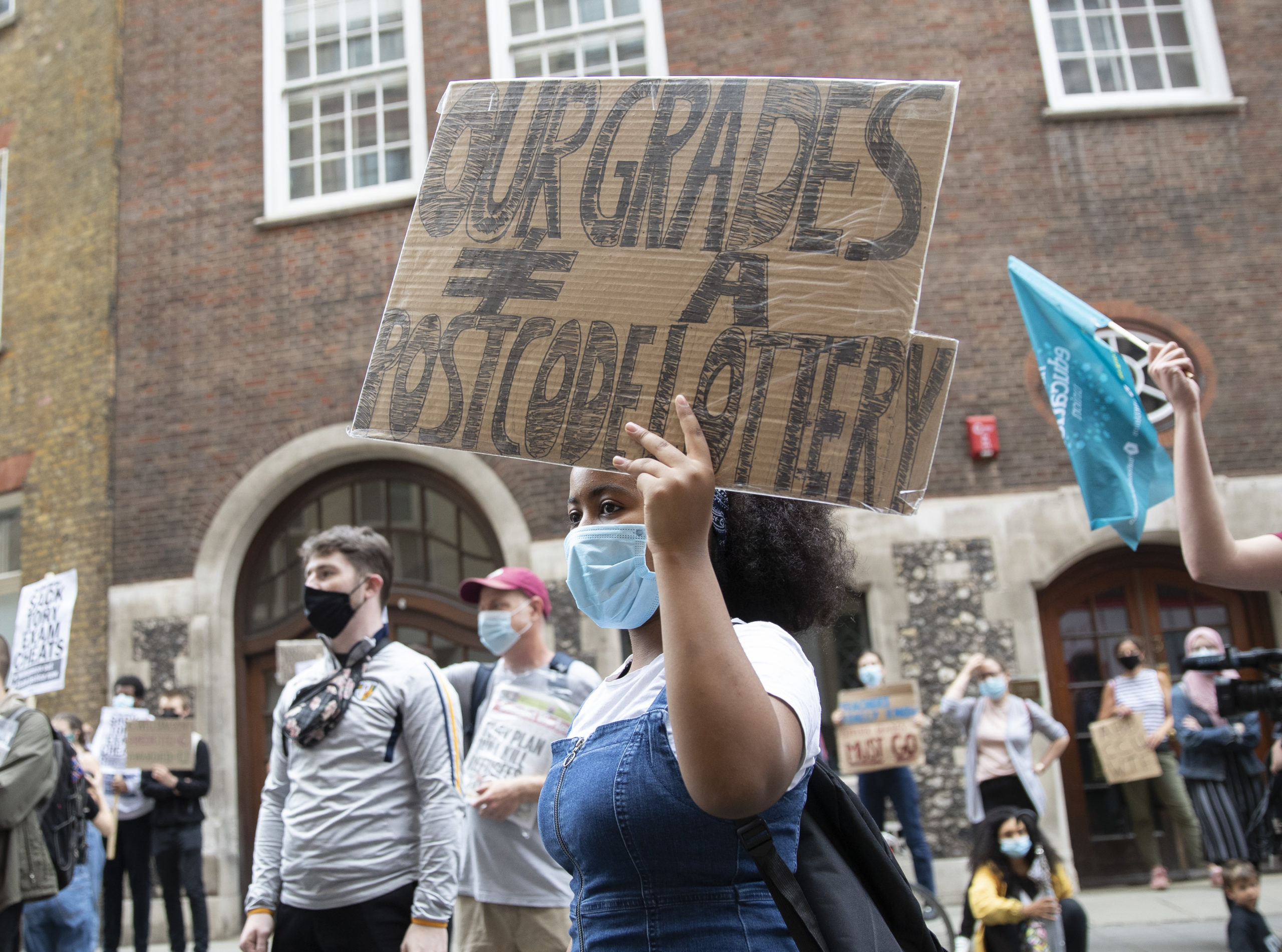 With British students futures in the balance over algorithm-generated grades, activists are blaming the U.K.s data protection regulator for doing little to help.

Under the EUs General Data Protection Regulation, which is also in force in the U.K., people have the right to object to decisions made based on algorithms if the decision “significantly affects” them.

Many feel that the algorithm that U.K. government authorities used to determine students grades — in lieu of end-of-year exams being canceled due to the coronavirus pandemic — comes under that category.

The algorithm, formed using teacher assessments of how pupils would have performed and moderated by exam boards and the examinations regulator Ofqual, gave 40 percent of students lower grades than they expected — and some blame the Information Commissioners Office (ICO) and its head Elizabeth Denham for not stepping in.

Over the weekend, footage on social media showed protesters chanting “f**k the algorithm” in protest at the grading method used.

The ICO published an information packet for students on its website, but campaigners said the regulator was “missing in action.”

Due to the pandemic, Denham has been working remotely from Canada, her home country, since June 13, an ICO spokesperson said. She will be back in the U.K. on September 7.

“We are in a national crisis, and she has abandoned her post. She must resign,” said tech policy specialist Heather Burns on Twitter, while Irish data protection consultant Daragh OBrien said he was “gobsmacked” at Denhams decision to stay in Canada during the critical period.

ICO did not address POLITICOs request for Denham to respond directly. Instead, a spokesperson said “Anyone with any concerns about how their data has been handled should raise those concerns with the exam boards first, then report to us if they are not satisfied.”

Ofqual could face legal action over the outcome as many students missed out on university places. Foxglove, a tech justice group, backs the action, arguing the algorithm potentially violates data protection law.

“Ill be doing what I can to fight for [students] rights even if the [ICO] is missing in action,” said Pat Walshe, a data protection consultant.

The criticism comes at a difficult time for the ICO, which