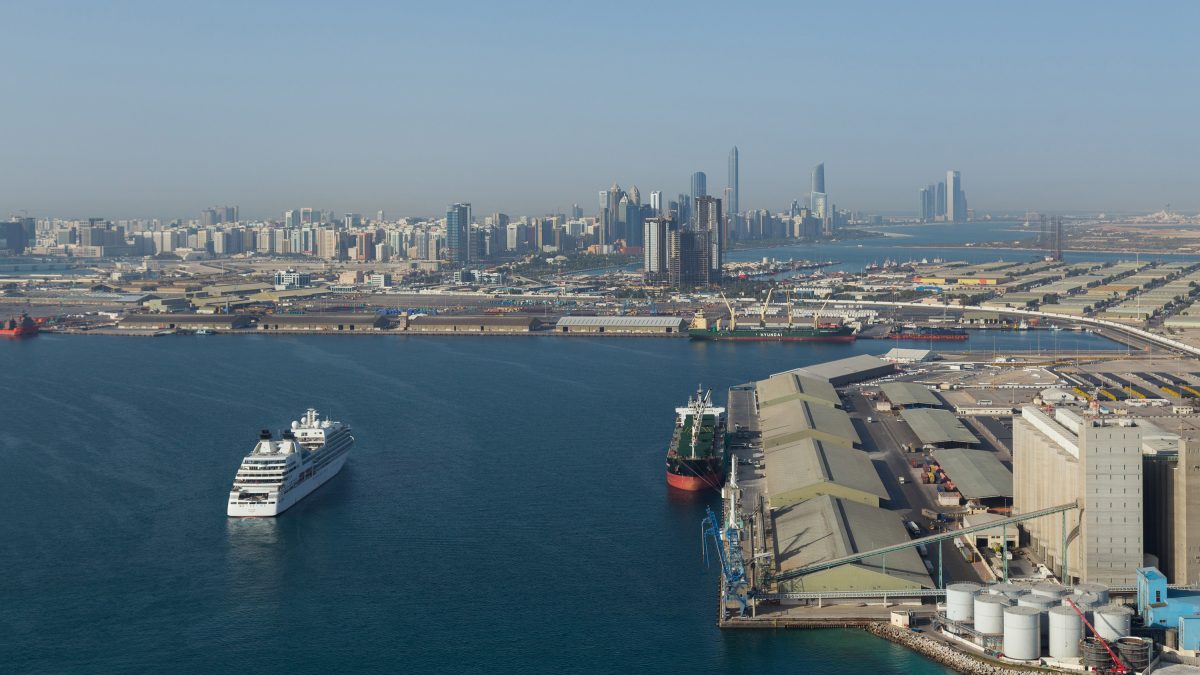 Abu Dhabi Ports Group plans to invest half a billion dollars in the Arab Republic of Egypt.

The group will be the second Emirati company after Dubai Ports that is active in the country.

In turn, Saif Al Mazrouei, Head of Abu Dhabi Ports Sector, said, “We will apply to invest in two projects, Safaga Port and the 10th of Ramadan port.”

Al Mazrouei explained that the group, which invests about $5 billion in several countries, intends to implement the latest methods and techniques in smart ports in the future to increase revenues.

Safaga port is considered one of the oldest ports in Egypt, as it started its activity in 1911 with the export of crude and has been for a long time as a platform for international trade operations with African countries, Southeast Asian countries and Australia.

It is also the main port on the Red Sea coast, where it serves its needs in terms of imports, exports and passenger traffic, and is characterized by its proximity to coastal areas, which contributes to the revitalization of tourism.

As for the 10th of Ramadan dry port, which Dubai Ports intends to invest in, to link it with the port of Ain Sukhna, and which is managed by the Dubai government-owned group, it will be one of the commercial gates that will increase its activity momentum with the entry of Abu Dhabi Ports to it.

Cairo has embarked on implementing a comprehensive and promising plan to develop its ports on the coasts of the Mediterranean and the Red Sea, making it a logistical center in the Middle East and Africa, and enhancing its position in global trade.

Maritime transport experts believe that the new strategy will increase the competitiveness of Egyptian ports, create an added value for Egypt, and attract investments because the ports are no longer a point of contact between the sea and land, but rather have become logistical centers that activate the movement of exports and imports.

The plan includes the implementation of 58 port development projects, with a total cost estimated at 63 billion pounds ($4.3 billion), and their implementation will continue until 2024.

But the plan also targets dry ports, as Finance Minister Mohamed Maait announced a while ago a project to build a dry port and logistics center on an area of ​​250 acres in the 10th of Ramadan City, under the public-private partnership system.

Among the targeted ports is Ain Sukhna, where Egypt has begun a plan to develop it by about 20 billion pounds (about $1.3 billion), with the aim of turning it into the largest hub port on the Red Sea and in the Middle East.

In the recent period, Egypt operated the ports of El-Arish and El-Tur after a hiatus of years, while President Abdel Fattah El-Sisi directed the preparation of a study for the establishment of the El Max port on the Mediterranean coast.

The revenues of the Abu Dhabi Ports Group increased by 21 percent during the first half of this year compared to the same period last year, reaching 1.8 billion dirhams (half a billion dollars) on an annual basis.