MSIDA, Malta — The controversial debate on Maltas stringent abortion laws has shifted from Facebook forums to the highest levels of politics just in time for the European election.

In the weeks leading up to Saturdays ballot, the opposition Nationalist Party took out billboard adverts across the island championing the partys anti-abortion message. Its leader Adrian Delia called the European election a “referendum on abortion” — accusing the ruling Labour Party of secretly supporting greater abortion rights.

Prime Minister Joseph Muscat was pressed to respond, and said the government doesnt have a mandate to change abortion laws. Ninety-five percent of Maltese do not agree with abortion in the first 12 weeks of gestation (a health service available nearly everywhere else in Europe), according to the most recent polls.

In a country with one of the highest number of social media users and some of the strictest abortion laws in the EU, abortion has always been a hot topic on Facebook forums. After Irelands major shift this year, Maltas abortion-rights activists have ramped up pressure to take that debate mainstream — and say they are gaining traction.

“Abortion has raised its head here in almost every election since the mid- to late-90s,” said Antoine Borg, an independent MEP candidate, adding that its long been considered political suicide in the country. “But the tide of popular opinion is changing too. In days gone by, we would have never had a feminist group openly arguing for abortion. We wouldnt have had a group of doctors arguing the same point. Now we do.”

Those in favor argue Muscat has a big enough cushion of support — his party leads the Nationalists by 15 percentage points, according to a poll this month — to speak out in favor of abortion rights, and move in line with socialist parties across the bloc. Both anti-abortion and abortion-rights campaigners say they believe some Labour politicians may be personally in favor of changing the law. In a small but significant shift, the prime minister said during a media interview this monththat its time for a “sober discussion” on the “important subject.”

Yet the ruling party remains steadfast in its position. Labour MEP Alfred Sant, a former prime minister who has been knocking on doors as he bids for reelection, said over and over that “this is not an issue” for voters.

Mina Tolu has heard the phrase “political suicide” a lot in the past few months.

Driving around the island, the Maltese MEP candidate and French fellow candidate Antoine Tifine had a routine for getting their message across in the late hours of a warm Friday night. When they found a good spot, Tolu pulled the car over and Tifine jumped out to tie a couple of campaign posters (a flyer glued to recycled hand-cut carboard) to poles, some of which ended up upside down in the rush.

“Were just trying to make some noise,” said Tolu.

Tolu, who identifies as a nonbinary trans person, is a big name in Maltese LGBTQ activism — famously calling out Hollywood actress Emma Watson three years ago for using “she” pronouns, when Tolu uses “they” and “them.”

Running as an MEP for the countrys Green party, Democratic Alternative, Tolu was the first to mention abortion in the election, calling for a “respectful debate” in a Facebook video that went viral in February. “Why cant we discuss this in a way that goes beyond these posts and comments on Facebook? Why is it an issue thats being ignored?”

Shortly after, one of the founders of Democratic Alternative left the party in protest to start his own MEP campaign.

Tolu has practically no chance of winning a seat in the European Parliament. But after the U.K.-based Abortion Support Network announced at the start of the year that it would extend its services to Malta, helping women traveling for an abortion, Tolus video was significant. 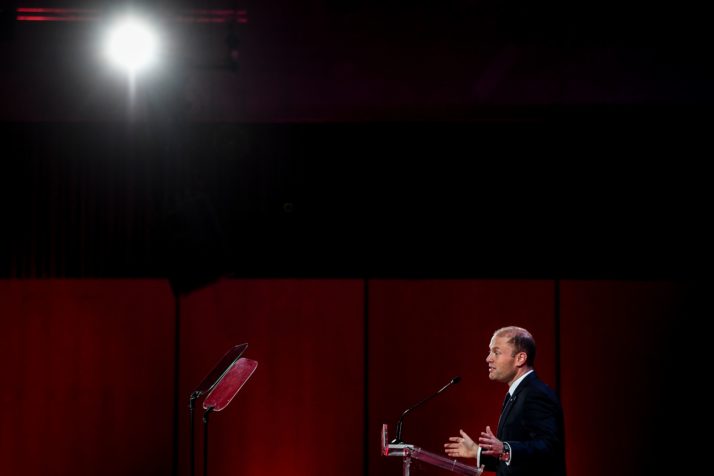 In March, the Womens Rights Foundation and other civil society organizations announced a “pro-choice coalition” for the election calling for abortion laws to change. A group of 50 doctors supporting abortion rights formed in May.

Dimitrijevic, sitting in the shade at a café in Valletta, suggested the Nationalist Partys strong intervention has in some ways legitimized their campaign. Much of the partys messaging seeks to argue that abortion could become a reality in Malta if people vote against the conservatives.

She added, “But I think things will move faster. I hope anyway.”

“It would never be accepted over here. It would be the red light in Malta” — Ivan Grech Mintoff, Euroskeptic MEP candidate

Anti-abortion activists are getting louder too. Ivan Grech Mintoff, an MEP candidate standing for the Euroskeptic Alliance for Change (AB) party, spearheaded a pledge to enshrine Maltas strict abortion laws into the constitution. The Nationalist Party signed it, as did the far-right Maltese Patriots Movement (MPM) and center-left Democratic Party (PD) — although PD candidates have since raised concerns. Labour and Tolus AD were the two parties that did not sign the pledge.

Grech Mintoff also created a Facebook group against abortion that gathered more than 21,000 members in three weeks. He sees that as clear proof Malta does not support abortion.

“It would never be accepted over here,” Grech Mintoff said. “It would be the red light in Malta.”

On a lonely island

Why is Malta an outlier on abortion in Europe? Some abortion rights activists say its the Catholic Churchs influence; some say its how small the country is; some say its simple patriarchy.

For others, even asking the question means you dont understand Malta.

“Remember we were only very recently [a member of] the EU, so you couldnt go [work] anywhere in other countries, and we didnt have many foreigners coming here,” said Francesca Fenech Conti, the founder of the Women for Women Facebook group. “We were an island alone for many years in the middle of the Mediterranean, totally ruled by religion.”

This, Conti said, creates a closeness but also a “society that is always judging you.” Conti wrote her university thesis on women who had unplanned pregnancies due to contraception failure. She spoke to one woman about her visit to the doctor 10 years ago for a pregnancy test.

After getting the results, her doctor told her: “Youre pregnant! I told your mother!” Conti recalled.

“Everybody knows each other,” Conti said. 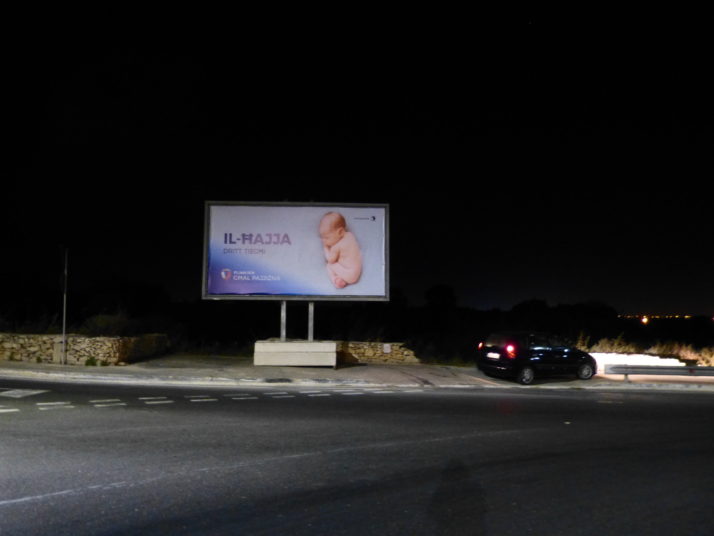 The countrys stance on abortion has held even as it became a beacon for progressive LGBTQ policies. After decades of grassroots campaigning, Malta legalized gay marriage in 2017 and offers gay and lesbian couples access to IVF — it was ranked at the top of 49 European countries in the latest Rainbow Europe Map.

The country legalized divorce in 2011 and the morning-after pill became available in 2016. Abortion remains illegal in any circumstance.

Its not possible to know the total number of women who have illegal abortions, but according to estimates cited by the Womens Rights Foundation, around 200 women order abortion pills online and nearly 400 travel abroad for an abortion each year.

One woman, Fleur (not her real name), did so 15 years ago after she got pregnant from a one-night stand. At the time she was a student, holding down two jRead More – Source
[contf]
[contfnew]