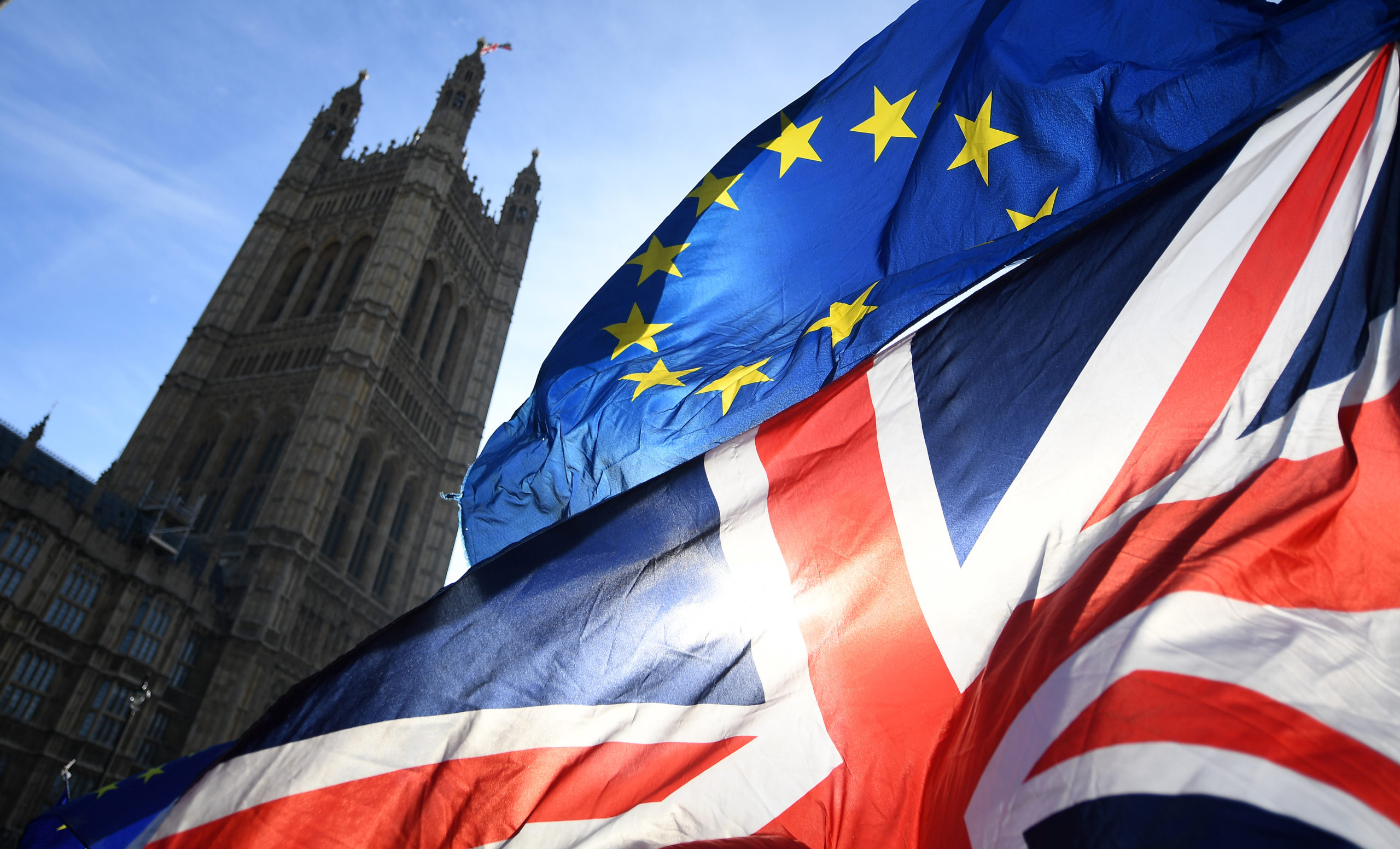 Raoul Ruparel was the prime ministers special adviser on Europe under Theresa May and was directly involved in Brexit negotiations for three years. Last year he predicted how a Brexit deal would be struck.

LONDON — Last week saw another round of Brexit negotiations pass with little progress.

Junes deadline for the U.K. to ask for more time to strike a deal with the European Union about its future relationship with the bloc is fast approaching. Without a deal come December, the U.K. will leave the Brexit transition period with no preferential trading terms in place and industry will need to be ready for significant friction in its business across the Channel.

Thanks to this impasse and massive disruption caused by COVID-19, those arguing for an extension to the transition have been vocal about why one is needed. Similarly, the U.K. government has publicly set out some of the reasons why it doesnt want one.

The real question now is not why, but how. Is there a way forward that balances the arguments on each side, addressing concerns raised while still trying to deliver some of the benefits an extension to this transition period would bring?

I believe there is a way to tread this fine line — namely a conditional extension, which creates time to allow everyone to prepare for any deal reached. If it needs a Whitehall acronym, as these things generally do, Id suggest Preparation, Ratification and Engagement Period (PREP).

This time would be used for U.K. and EU governments to engage with business on how to implement the deal, for all involved to prepare for the coming changes and for the final ratification steps to be taken. Such time to prepare is common for big legal changes, from new financial regulations to free-trade agreements, often via a phase-in period.

The PREP would see the U.K. and the EU agree, before June 30, 2020, that the transition period will be extended for a set period — say six or nine months (though that would still be up for negotiation) — if an initial agreement has been reached by a certain point later this year. Crucially, this PREP time wouldnt create more time for negotiating, simply more time to implement whatever had been agreed in the existing negotiating period.

That point by which a deal would have to be reached would need to be sufficiently far in advance of the end of the year to allow business time to react but also avoid being too late so that they had already made all necessary preparations in case there was a no-deal exit. Early October seems a logical target, in line with current aims to have negotiations broadly concluded around then to allow for ratification on both sides.

Such an agreement would also need to set out how to judge whether an agreement has been reached. Ultimately, this can be whatever the two sides wish it to be. But it is worth looking at precedent here. The original extension of Article 50 in March last year provided for different lengths of extension depending on the outcome of a vote in the U.K. parliament.

Therefore, one option would be to have both sides agree that the extension will kick in if U.K. MPs vote to indicate that initial political agreement has been reached between the two sides on what their future relationship will be. In other words, a deal is in sight that both sides can support.

Of course, there will be questions as to whether this is legally possible both under the Withdrawal Agreement (WA), that secured the terms of the U.K.s exit from the bloc, and also under EU law.

Such an arrangement would amount to the Joint Committee taking a decision, at some point before June 30, 2020, to extend the transition period for up to one or two years as set out in the WA. It just happens this decision would be conditional on that vote which indicates MPs are happy with the proposed deal. Nowhere is this ruled out.

As for EU law, the legal base would be Article 50, since this remains the legal underpinning for the transition period and for its possible extension. As noted above, there is precedent for such a conditional extension under Article 50. The extension decision taken by the European Council on March 22, 2019 made the length of extension contingent on whether or not the WA was passed by the House of Commons. So there seems to be a strong argument to say such an approach is legally viable.

Much more important, though, is whether such an agreement would work for both sides. Would it address the arguments in favor while offsetting the concerns of the U.K. side who oppose an extension?

The arguments in favor tend to focus on economic concerns and delays to practical preparations, specifically that running one significant supply and demand shock (COVID-19) into another (Brexit) will only serve to cause more economic harm.

Of course, the U.K. government has previously disputed the level of economic harm caused by the U.K.s exit from the EU. However, this difference focuses on the medium and long term.

As U.K. chief negotiator David Frost set out in his speech in Brussels, the government does accept there will be a “one-off cost from the introduction of friction at a customs and regulatory border.” There is a clear case to say such disruption is unwanted when businesses will still be dealing with the fallout from COVID-19. Clearly the PREP could help here.

And the argument when it comes to allowing sufficient time to prepare is even stronger. Almost all government and business resource has been diverted away from preparing for Brexit and onto dealing with COVID-19, meaning necessary arrangements for implementing a deal are unlikely to be in place even if one is reached.

The PREP would provide extra time to prepare and would do so while providing clarity about the political agreement that has been reached. As it stands, the value of any potential deal is being steadily reduced since, if one is reached very late in the day, no-one involved on either side would have had the time or capacity to implement it.

The PREP would explicitly not extend the negotiations, since it would only exist if a deal had already been reached.

Of course, the potential for no agreement being reached remains, but for reasons set out below, that is part of the compromise that is likely to be needed.

Frost recently set out the U.K.s key arguments against an extension: It would “simply prolong negotiations, create even more uncertainty, leave us liable to pay more to the EU in future, and keep us bound by evolving EU laws at a time when we need to control our own affairs.”

The PREP would explicitly not extend the negotiations, since it would only exist if a deal had already been reached.

It also maintains time pressure on the negotiations and the pressure from the risk of no deal — both conditions the U.K. government has said are useful drivers for a deal.

Furthermore, the government has previously argued that an extension wouldnt change things since, fundamentally, either the differences between the two sides can be bridged or they cant. This would still be the case, even if the PREP were agreed.

Such a conditional extension would reduce uncertainty rather than create more of it. It would provide a clear date from which the new agreement will be in place and allow firms certainty that they have time to prepare. 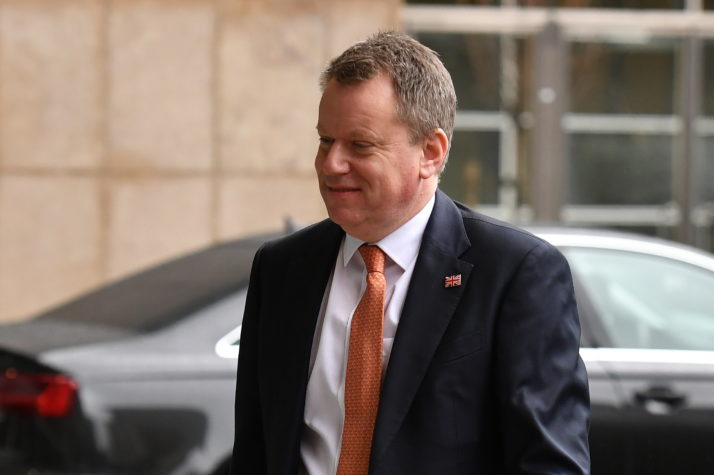