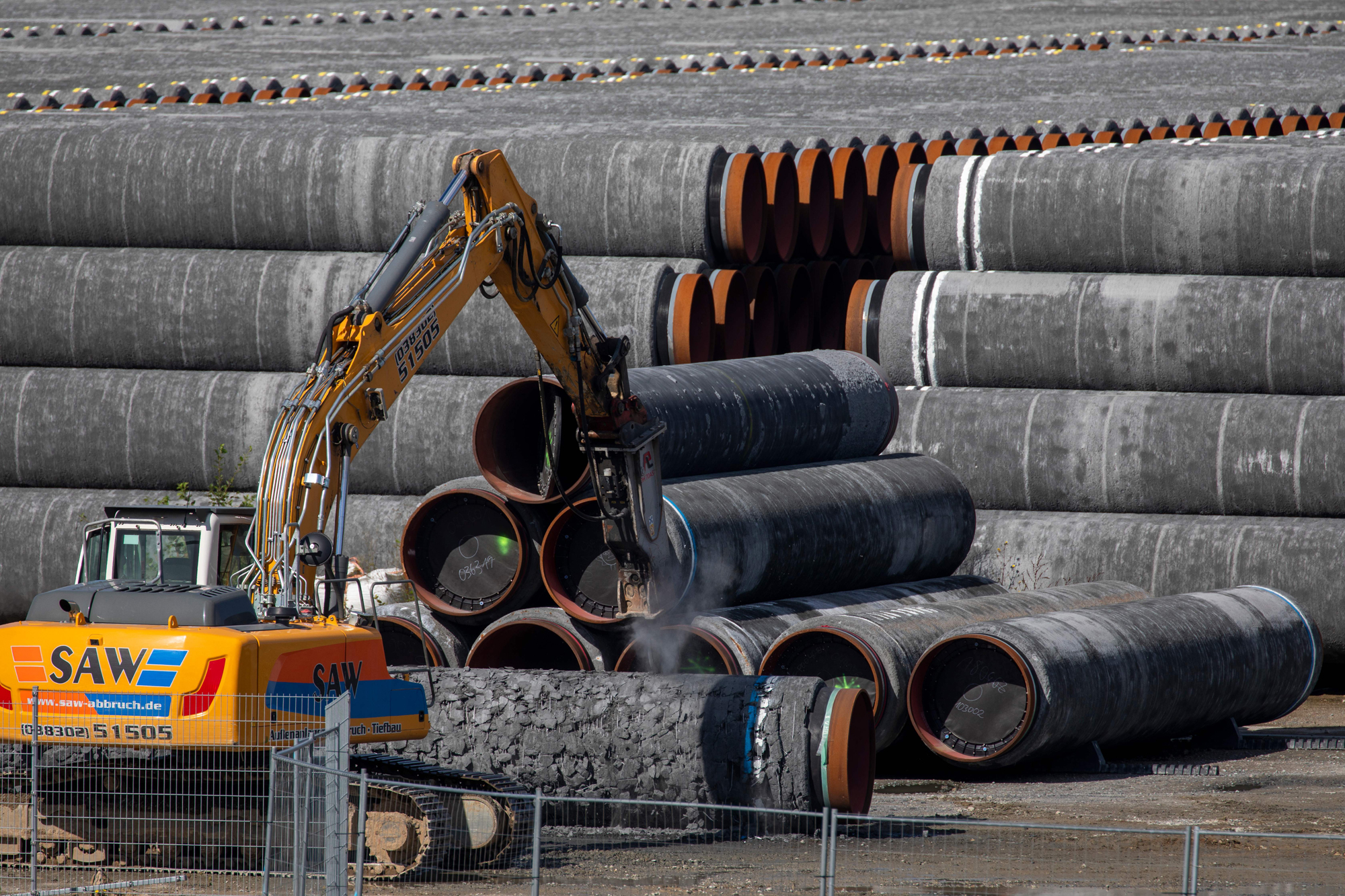 Theres growing pressure on Germany to rethink its support for the Russia-backed Nord Stream 2 pipeline project, but that could open Berlin to legal, financial and political problems.

Germany has long argued that the 1,230-kilometer pipeline that is supposed to send an extra 55 billion cubic meters of Russian gas a year under the Baltic Sea is a commercial venture, not a political one.

That position is increasingly under strain in the wake of the poisoning of Russian opposition leader Alexei Navalny.

In a major turnaround, German Chancellor Angela Merkel said this week of the possibility of halting the pipeline: “I have not yet formed a final judgment on this.”

But there isnt much Germany alone can do to block the completion of the pipeline without running afoul of EU law or risking multibillion-dollar damage claims by the Nord Stream 2 company — which is headquartered in Switzerland, but is wholly owned by Russias majority-state-owned Gazprom.

At the EU level, it is also unclear whether Germany is allowed to halt gas flows into Europe on its own.

However, Germany could very easily sit back, let others do the dirty work, and watch the unfinished Nord Stream 2 slowly rot in the icy Baltic.

Here are six possible moves — and their consequences.

The regional Stralsund Mining Authority — which approved plans for work in German territorial waters along the continental shelf — belongs to the fiercely pro-pipeline state of Mecklenburg-Vorpommern.

Thats the same state which is home to (and co-owns) the port of Mukran, which was threatened with “crushing” U.S. sanctions by three Republican U.S. senators last month. In response, the state parliament passed a motion affirming its desire to complete Nord Stream 2 and asserting that “blackmail has no place in world trade.”

Manuela Schwesig, the states premier, has also been a vocal supporter of keeping the pipeline separate from international politics.

Getting Mecklenburg-Vorpommern to pull its permits on political grounds would be an uphill battle.

Theres also the Federal Maritime and Hydrographic Agency, which issued permits covering the extended waters of Germanys exclusive economic zone. Its independent of the government, making it tricky if Berlin tried to put pressure on it.

In both cases, pulling permissions for political reasons would create an opening for the Switzerland-based Nord Stream 2 AG to sue Germany under the Energy Charter Treaty, to which both countries are signatories. The treaty is meant to protect investments such as the pipeline from discrimination and ensure approved projects arent jeopardized by unpredictable policy changes.

Damages from such litigation could run as high as the cost of the pipeline itself: about €9.5 billion. If arbitrators allow lost profits to be included in the calculation, the bill goes up from there.

German politicians could also sit back and watch ongoing litigation run its course.

Deutsche Umwelthilfe, an NGO, has sued to have the operating permit issued by the Stralsund Mining Authority reviewed on climate grounds. It claims that the environmental impact assessment authorizing the permits should take into account new scientific findings showing that methane leaks contributing to global warming are significantly higher than previously thought. It argues construction should be frozen pending the outcome of a review, and that the project is incompatible with the countrys climate targets.

The mining authority already declined to review this on its own — but the Greifswald Higher Administrative Court, which is handling the case, could rule otherwise.

Germanys Foreign Trade and Payments Act does allow for restrictions on foreign trade “to guarantee the essential security interests of the Federal Republic of Germany or to prevent a disturbance of the peaceful coexistence of nations.”

The act can also be used in response to danger “pertaining to an individual case” — potentially the poisoning of Navalny — but any measures must be proportionate (usually temporary, in six-month increments) and backed with sufficient justification.

The uncertainty here is twofold.

Washington is targeting pipe-laying activities, and in December scared Swiss-Dutch company Allseas off laying the remaining 150 kilometers to finish the pipeline.

Domestically, a German court could overturn such a ban based on insufficient justification — or if the measures were deemed to be a disproportionately severe response. Thats what happened in December 2019, when the Frankfurt Administrative Court threw out a restriction on armored vehicle sales to Saudi Arabia undertaken in response to the murder of journalist Jamal Khashoggi.

Part of the courts reasoning in that case was that Germanys foreign relations were not sufficiently shown to be threatened, given that other countries had not taken similar action. The repeated extension of the temporary restriction was also questioned under proportionality standards.

While restrictions deemed legitimate dont give rise to compensation claims by affected companies, those ruled illegal would qualify for damages.

At the EU level, it is also unclear whether Germany is allowed to halt gas flows into Europe on its own — or whether such restrictive action is exclusively reserved for the EU under Article 215 of the Treaty on the Functioning of the European Union.