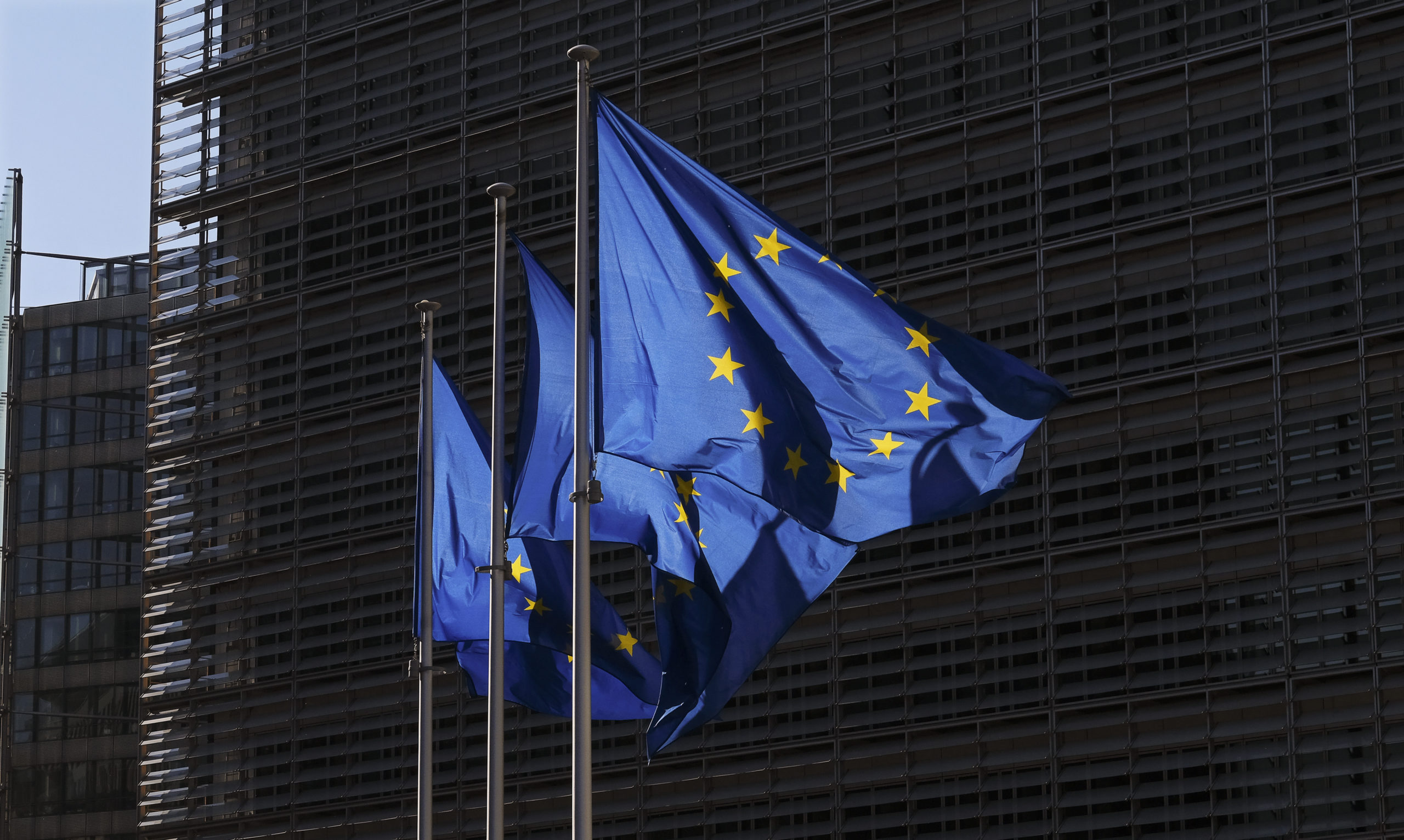 Paris, Berlin and their frugal foes have all made their opening bids. Now its Brussels turn.

European Commission President Ursula von der Leyen will on Wednesday present a two-pronged plan to revive Europes economy — consisting of an updated blueprint for the EUs long-term budget and a new pot of money known as the Recovery Instrument.

That proposal will set off another intense battle, of the kind that always accompanies EU budget negotiations. But the stakes will be even higher this time, with more money in play and the Continents economic future on the line.

Angela Merkel and Emmanuel Macron got out ahead of the Commission by unveiling a joint proposal last week for a €500 billion Recovery Fund, with the cash raised through EU borrowing but distributed as grants to regions and sectors hit hardest by the coronavirus crisis. The “frugal four” alliance of Austria, the Netherlands, Denmark and Sweden shot back at the weekend with a proposal that insisted aid should come in the form of loans.

Von der Leyens task is to come up with a proposal that could form the basis of a compromise acceptable to the EUs 27 member countries and the European Parliament, which must all agree on the budget for it to pass. National parliaments will likely also have to sign off on raising money for the recovery fund — a potentially treacherous path.

“The French-German document is a good initiative, its something that can help reach a consensus.” — Margarida Marques, Portuguese MEP

As ever in EU budget talks, the challenge is to give every national leader something they can sell as a victory back home — a feat that is especially difficult during an economic crisis when national coffers are under pressure and a host of countries are vying for extra help from Brussels.

Here are five issues to watch as the Commission unveils its proposals.

The biggest battle in the weeks ahead will be over whether recovery funding will involve the Commission raising money on the markets that would be distributed as primarily loans or grants to member countries.

Indebted southern countries such as Italy are resisting the idea that getting help from the EU would mean taking on more loans. But other countries, especially the frugal faction, say any money borrowed should be repaid by the countries that benefit.

The Franco-German initiative has won fans in countries including Spain and Ireland.

“The French-German document is a good initiative, its something that can help reach a consensus,” said Margarida Marques, a Portuguese member of the European Parliament from Prime Minister António Costas Socialist party. Marques is one of two MEPs appointed by Parliament to draft reports on the long-term budget — a so-called co-rapporteur.

But Austria, Denmark, the Netherlands and Sweden said in their joint paper that they would not agree to “measures leading to debt mutualisation” and want borrowed money to be distributed as loans.

They are not the only ones with concerns.

Finland is undecided: Debt mutualization has traditionally been a sensitive issue in Finnish politics. Belgium is generally supportive of the Franco-German plan but “we do feel that there is a need for a mix between grants and loans,” said one person familiar with the Belgian governments thinking. And Malta has made clear to other governments that it prefers that loans make up a bigger share of the new fund and is concerned about liability, according to one EU diplomat.

The Commission is expected to propose a mix of grants and loans in an effort to quickly forge a compromise, but expect a big fight nonetheless. One possible compromise could be a mix where grants make up the bulk of the recovery plan but countries pledge to implement economic reforms in exchange for the funds.

One key question is how the EU would pay for extra spending and ultimately repay borrowed funds. Countries such as France and Poland have long pushed for new taxes to help finance European expenditures. But others, such as Germany and the Netherlands, have traditionally been wary of new revenue schemes for the EU.

In its original 2018 proposal, the Commission proposed three new sources of revenue for the 2021-2027 budget, linked to a common consolidated corporate tax base, the EU Emissions Trading System and non-recycled plastic packaging waste in each member country.

Before the coronavirus crisis, only the plastics-based proposal appeared to have a chance of winning political approval. But the issue of new revenue sources is definitely back on the agenda.

The Franco-German joint paper referred to “fair taxation of the digital economy within the Union,” as well as to the establishment of a Common Corporate Tax Base and carbon border adjustment mechanism. 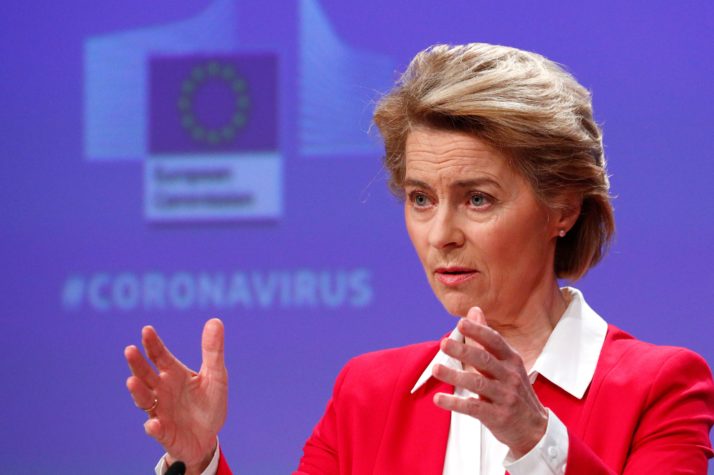 Martin Selmayr, a former secretary-general of the Commission, indicated earlier this week that the Commission is set to propose new sources of revenue including a carbon border tax, a digital tax and a Common Corporate Tax Base.

Nevertheless, it remains unlikely that any brand-new tax proposal could garner the support of all 27 member countries in time for the beginning of the new budget in January 2021. Leaders, however, could decide to keep negotiating on new sources of revenue, with the aim of introducing them in a few years time.

Von der Leyen began her term with the aim of making the EU more of a global player — a goal that requires money. “I believe Europe should have a stronger and more united voice in the world,” the president wrote in her political guidelines. “To remain a strong global actor, I want the EU to spend 30% more than we do today on external-action investment in the next long-term EU budget, increasing the total to €120 billion,” she added.

But spending big outside the bloc on foreign policy when the EU is facing its biggest-ever recession at home and governments will be short of cash now looks politically difficult.

One geopolitical ambition may be more achievable, however. Von der Leyen has indicated that she will try to use the new Recovery Instrument to help fund a strategic investment facility to “help invest in the key value chains that are crucial for our future resilience and strategic autonomy.” Such a fund would see the Commission acquire stakes in strategic EU companies, especially in poorer member countries unable to invest directly.

But programs that could help Europe take on a bigger global role have already been on the chopping block: at the February leaders summit on the budget, one compromise floated involved cuts to planned spending for both military mobility (making it easier for armies to move troops and equipment) and “neighbourhood, development and international cooperation” (aid spending and cash for the EUs neighbors).

“You still need incentives to get the frugals on board, and rebates can be such an incentive.” — EU diplomat

Some countries insist the bloc should stick to plans to spend more on strategic goals. In a phone interview on Monday, Latvian ForeiRead More – Source