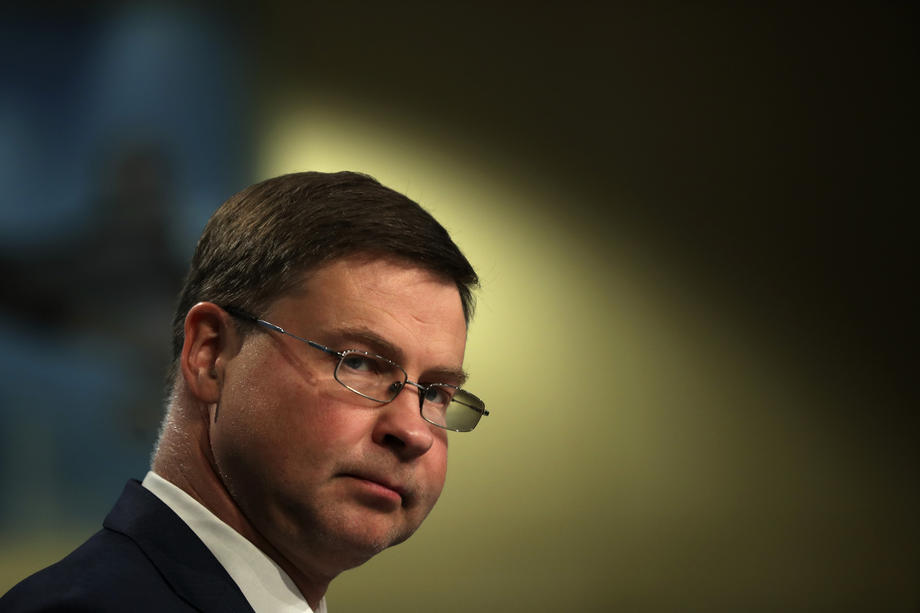 Two-term European Commissioner Valdis Dombrovskis, former prime minister of Latvia, was designated to take charge of trade on Tuesday. He already oversaw the subject indirectly, as executive vice president on economic matters — which made him the coordinator for Phil Hogan on the organization chart of President Ursula von der Leyen.

Familiar with the trade portfolio and ever comfortable discussing technical matters, Dombrovskis had answers at the ready for a series of questions about trade policy on Tuesday morning — he was on stage at a Commission economics conference at the same time as the announcement. He will face many more, and detailed, questions at a Parliament confirmation hearing to be scheduled. But his career is a history of parachuting into tight economic spots.

Here are five things to know about Dombrovskis.

Dombrovskis has led a tax policy that puts Brussels on a collision course with Washington. While the tax department directly comes under Economy Commissioner Paolo Gentiloni, Dombrovskis oversees that area — including preparations for a tax on digital companies that is already an irritant to the U.S., not just for targeting American companies but for seeming to preempt international talks.

Dombrovskis was also out front and center in presenting a separate Commission proposal to make the likes of Uber and Airbnb responsible for reporting to tax authorities about business on their platforms.

Tax policy has overshadowed trade matters with the U.S. since the Commissions case against Apples taxes in Ireland. When the Americans sit down to talk with Dombrovskis, tax will be the first issue they raise. He will at least have no trouble discussing technicalities in English. (He also speaks Russian and some French.)

Trade is nonetheless a newer topic for Dombrovskis, despite two wide-ranging portfolios at the Commission. His European career and background focused on economics, including a stint at the central bank before entering electoral politics. He also studied physics. In the previous Commission, he was vice president overseeing economic matters, but trade fell under the purview of fellow Vice President Jyrki Katainen.

Still, Dombrovkis obtained a masters degree in customs and tax administration at Riga Technical University during his earlier term in the European Parliament, according to his official bio.

A sailing enthusiast who turned 49 last month, he was the “surprise” EVP in the current Commission. The promotion from VP to “executive” came as part of the three-party balance atop the institution. But with von der Leyen herself hailing from the European Peoples Party, Brussels-watchers had expected just two EVPs: Frans Timmermans of the socialist camp and Margrethe Vestager for the liberals.

Now keeping the trade portfolio with the EPP is a continuation of that party balance — or imbalance, in the eyes of rivals from the other big parties.

If not directly in trade, Dombrovkis has had a taste of international negotiations, as chief of financial services — a role he picked up as the go-to person in the previous Commissions reshuffle after the resignation of Jonathan Hill.

With no formal say in Brexit talks, Dombrovkis has nonetheless played a key behind-the-scenes part for finance, taking a tough line with the U.K. on regulatory cooperation. More like moving the line, according to