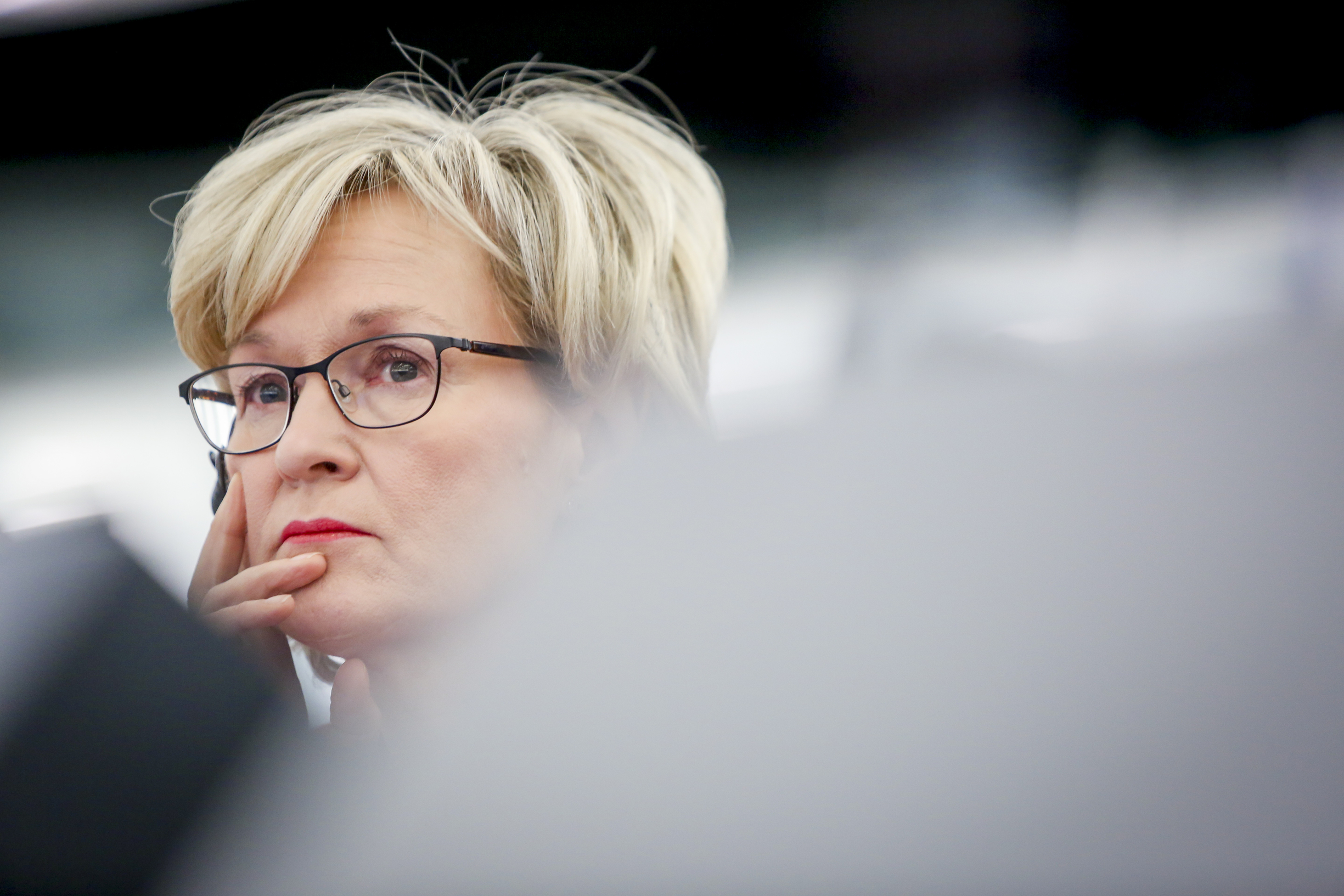 McGuinness is a political choice for von der Leyen, a household name in Ireland and an experienced four-term MEP from the European Peoples Party but one with little policy experience directly related to the wide and complex portfolio she is taking over.

The Irish politician is better known for her expertise on agriculture rather than financial services. But she has extensive experience in the EU, and has worked with many commissioners past and present. The financial services portfolio “cuts across all policy areas,” she wrote in a statement after her nomination and “is fundamental to European citizens, businesses, SMEs, and how the EU recovers from the Covid-19 pandemic.”

Many officials in the European Parliament believe she will easily sail through the upcoming confirmation hearing.

Here are five things you should know about her.

In April 2011, McGuinness announced that she would seek her Fine Gael partys nomination to run in that years presidential election after Belfast-born Mary McAleese ended her two terms in office. McGuinness said at the time she wanted to”bring about a new vision for this country.” She lost in the final count against Gay Mitchell, a party colleague.

2. She is a farming TV star

McGuinness father was a poultry and dairy producer, and she graduated in agricultural economics. But instead of using her academic qualifications to work on a farm, she turned to journalism and became a TV sensation in rural Ireland. She became editor of the Irish Independent farming supplement and presenter of “Ear to the Ground,” an RTÉ rural affairs program.

Her husband is Tom Duff, a sheep farmer and the couple has four children (Orlaith, James, Áine and Cathal). She often posts pictures on her Instagram account of her walking in the fields with her loyal and much-loved sheepdog, Sam.

But her farming credentials also drew sarcastic remarks and led some to question whether she was “regal enough” for a top job during the 2011 campaign. “While no one doubts her impeccable grasp of CAP reform or the collapse of the suckler herd, is a former TV reality show host (the dreaded Celebrity Farm) the right person for the job?” the Irish Independent newspaper wondered.

Almost a decade later, landing the strategic financial portfolio at the height of Brexit negotiations might help prove them wrong.

In the Parliament, she is known for her tough-worded spats in the chamber with former MEP and Brexit champion Nigel Farage. Last January, after Farage gave his last speech in plenary and waved the British flag, McGuinness lashed out at him for breaking parliamentary rules (flag waving is banned in the EU chamber).

“If you disobey the rules, you get cut off,” McGuinness told Farage. “Could yoRead More – Source