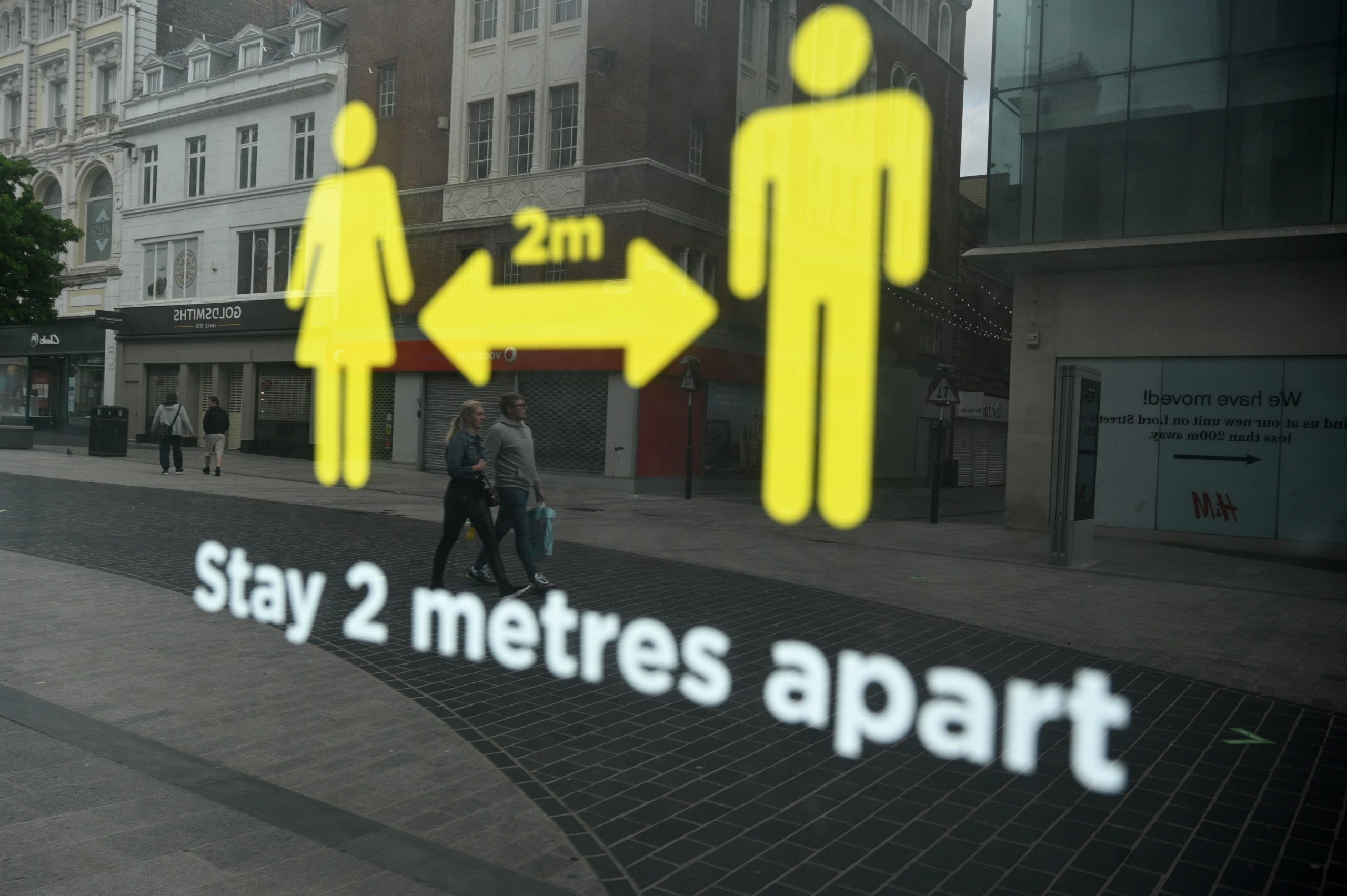 The U.K.s two-meter social distancing rule will be reviewed “very soon” because of the impact it has on businesses, said Chancellor Rishi Sunak.

Ahead of the reopening of shops in England on Monday, the U.K. finance minister said companies had told him that the public health measure made it harder for them to operate. “I talk to businesses all the time. It has an enormous impact on their ability to operate profitably,” he told the BBCs Andrew Marr show today.

“The prime minister has now confirmed that we will actively review the two-meter rule,” he said, adding that it would be conducted “very soon” and involve both scientists and economists.

At a Downing Street press conference in May, the Chief Medical Officer Chris Whitty emphasized the importance of social distancing to counter the spread of coronavirus. “It is essential that people maintain two meters — and that is really important,” he said.

Asked if any change to the two-meter rule would have to be signed off by Whitty and the governments Chief Scientific Adviser Patrick Vallance, Sunak said: “We [ministers] are the people that are elected to make decisions in this country. People shouRead More – Source
[contf]
[contfnew]