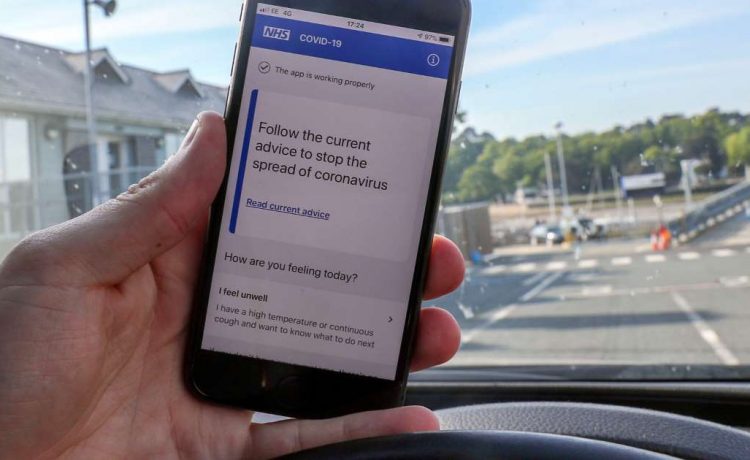 Ministers have been accused of “misstep after misstep” after applicants to become contact tracers for the NHS were told recruitment was on hold while the government considered an alternative app.

After struggles with sourcing personal protective equipment and building up sufficient testing capacity, track, trace and isolate is the latest major challenge for the government.

The Cabinet Office minister, Michael Gove, insisted on Sunday that the track and trace scheme would be ready to launch nationwide by the end of the month, with “just over 17,000” contact tracers already hired.

But emails seen by the Guardian, sent this weekend by one of the private-sector companies handling the recruitment process, Kent-based HR Go, said hiring had been paused.

“Thank you for your online application for this role. Unfortunately earlier today the roles were put on hold. This is due to a delay in the launch of the Track and Trace app itself while the government considers an alternative app,” the emails said.

A spokesperson for the Department of Health and Social Care said the email was “wrong and could cause confusion”, and recruitment for both the online and phone-based contact-tracing service was continuing “at pace”.

The shadow health secretary, Jon Ashworth, said: “Test, trace and isolate is fundamental to managing and controlling this virus and safely easing lockdown – yet the governments approach has been increasingly chaotic, with misstep after misstep.”

The government is battling to maintain public trust for the difficult second phase of managing the crisis after replacing the blunt “stay at home, save lives” message with the more nebulous “stay alert”.

Boris Johnson acknowledged on Sunday he could understand the publics frustration. He wrote in the Mail on Sunday: “I recognise what we are now asking is more complex than simply staying at home – but this is a complex problem and we need to trust in the good sense of the British people.”

The NHSs digital arm, NHSX, has developed its own coronavirus tracking app, which will hold data centrally, instead of opting for an alternative from Google and Apple that operates in a decentralised way.

If a user becomes unwell with symptoms of Covid-19, they can choose to let the app inform the NHS. They will be offered testing, and an anonymous alert will inform other app users with whom they spent time over the previous few days.

Thousands of contact tracers, many of them working from home, will work alongside the app, speaking to Covid-19 sufferers about whom they may have been in contact with, and giving advice – for example, urging them to self-isolate.

Ministers want to be able to use the data gathered to analyse the spread of the virus. They hope this will allow them to reimpose lockdown conditions in local areas where a new outbreak is detected – a process Johnson has described as “whack-a-mole”.

But the app is working against constraints in modern smartphones that only Google and Apple can work around, as well as arriving burdened with privacy concerns that could deter some members of the public from using it.

People who had applied for contact-tracing jobs through the governments gov.uk website were told this weekend: “As and when the app (or an alternative) goes live, we will reconsider those applications already received, however please be aware that we have received an unprecedented number of applications for this role and therefore not all suitable candidates will be able to be put forward.”

Confronted by the Guardian about the claim in the email that an alternative app was being considered, a spokesperson for HR Go confirmed it had sent the emails, but insisted: “What has been said is a miscommunication and false. We are not aware of any reason why Track and Track [sic] would not being continuing as it should. We will be communicating with the applicants directly to correct that once we have completed our internal investigations.”

The DHSC spokesperson said: “The NHS contact-tracing app is not on hold and it would be completely wrong to suggest otherwise. There is no alternative app and the NHS continues to work constructively with many other organisations that are helping to develop and test the NHS Covid-19 app.”

The Guardian revealed last week that the apps advisory board was split over whether it had the authority to tell the government to ditch its version and switch to the Apple and Google version.

After a meeting on Thursday, it emerged that members argued their role on the board was limited to providing guidance on ethical questions, and not to branch out into a broader discussion of whether the app is the right tool for the job.

Some government officials believe the NHSX app may not survive in its current form after trials on the Isle of Wight. Software for a decentralised version by Apple and Google is expected to be released on Tuesday.

The government gave up trying to track every UK case of Covid-19 in March, when the virus began circulating in the community. The deputy chief medical officer for England, Jenny Harries, said at the time: “There comes a point in a pandemic where that is not an appropriate intervention.”

If the track and trace system is ready to roll out by the end of month, it would be in time to provide reassurance to parents and teachers that individual cases in English schools could be identified and isolated if they reopen to more pupils from 1 June, as the government is demanding.

The Northern Ireland secretary, Brandon Lewis, suggested last week that just 1,500 contact tracers of the 18,000 promised by Hancock had been hired, but government sources now say that number was out of date.

Appearing on Sophy Ridge on Sunday on SkyNews, Gove heaped praise on Hancock, amid reports of a testy relationship between the health secretary and No 10. “Were on course to meet that target. Its more evidence that we have, in Matt, an energetic and determined health secretary who is throwing everything into the fight against this virus,” Gove said.