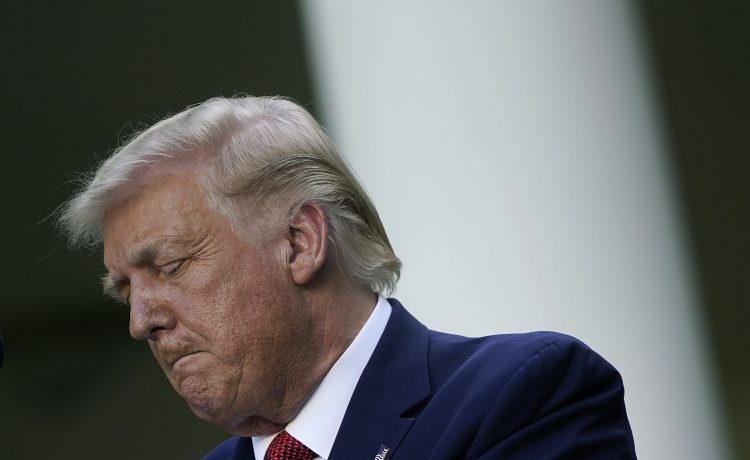 U.S. President Donald Trump on Tuesday signed into law a bill to impose sanctions on Chinese officials, businesses and banks that help China restrict Hong Kongs autonomy, a move that is likely to worsen already-strained diplomatic ties and prompt retaliation from Beijing.

“This law gives my administration powerful new tools to hold responsible the individuals and the entities involved in extinguishing Hong Kongs freedom,” Trump said in a press conference.

Tensions between the worlds two largest economies have been especially strained in recent months over Trumps criticism on Chinas handling of the coronavirus pandemic, as well as Chinas treatment of the Uighur Muslims and the unclear future of the phase one trade deal.

Trump has repeatedly slammed China over its lack of transparency about the virus. Last week, he indicated that the chances of negotiating a phase two trade deal with China were slim because of the pandemic, telling reporters that the U.S. relationship with China had been “severely damaged.”

The new law, which the Senate passed just before heading out of town for the Fourth of July recess, directs the Treasury Department to identify individuals and financial firms that enable the Chinese government to carry out the new security law. Under the bill, those entities would be subject to sanctions, including visa limitations on senior executives and restrictions on dollar transactions.

A spokesperson for the Chinese Foreign Ministry said China “deplores and rejects” the sanctions bill in a news conference prior to its passage, and warned that attempts to thwart the new security law would be “doomed to fail.”

The Hong Kong Autonomy Act, which received unanimous support in the House and Senate, is the second bill targeting China that Trump has signed into law in the past month, after signing legislation that would pave the way for sanctions of Chinese officials responsible for the countrys crackdown on Uighur Muslims.

It remains to be seen if Trump will fully implement the sanctions. The Trump administration has declined to carry through on several mandatory sanctions over the years, including ones targeting Russia for its interference in the 2016 presidential election.

Trump, for example, signed into law the recent legislation that sanctions Chinese officials tied to the detention and torture of the Uighurs. But in an accompanying signing statement, the president made clear he would treat a key provision as “advisory and non-binding.”

Still, theres been a long list of actions against China in recent months tied to its treatment of Hong Kong.