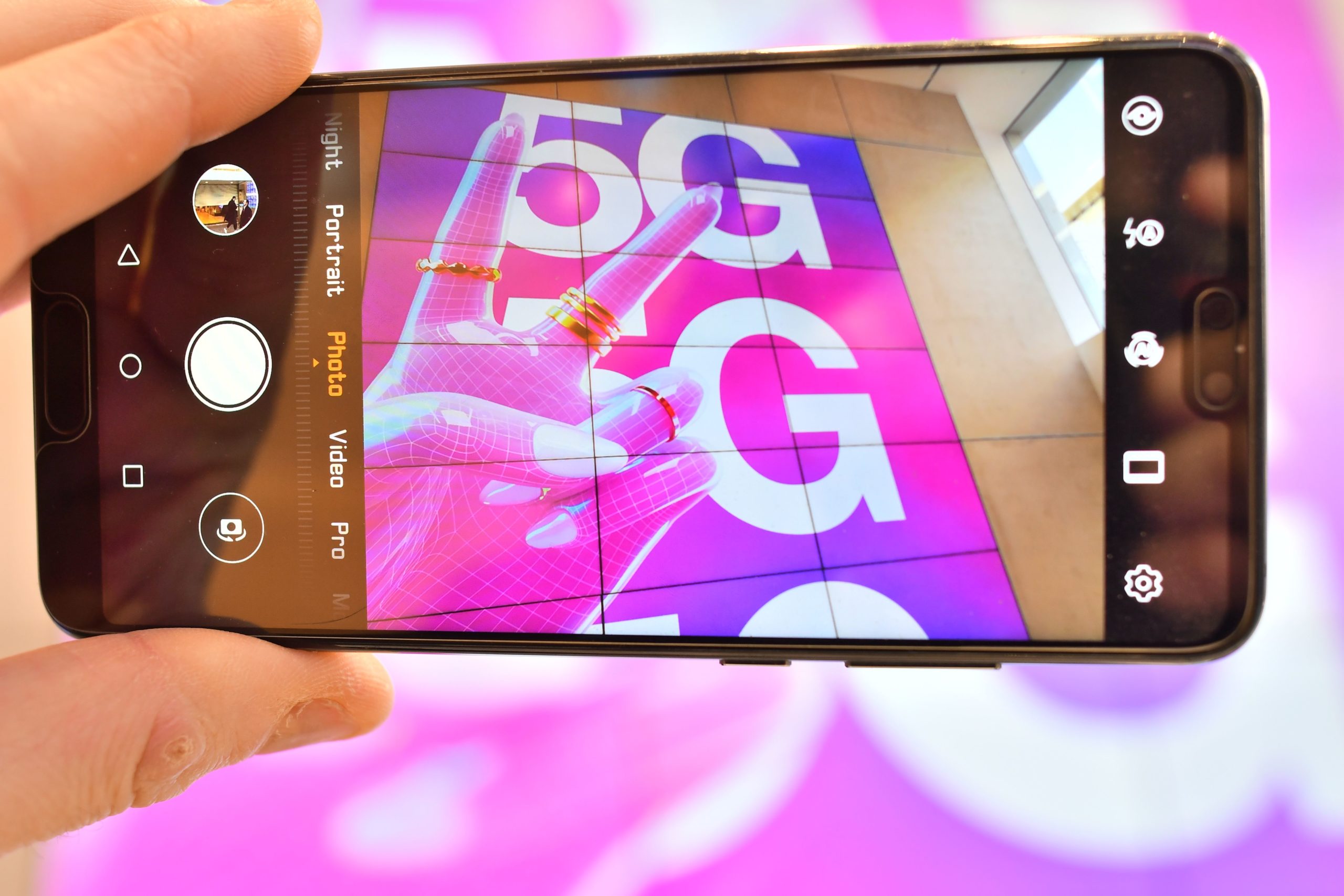 After a bruising campaign to convince allies to dump Chinese giant Huawei, U.S. President Donald Trump can start to take stock on how effective — or pointless — his efforts have been.

In short, its a mixed bag.

Countries in Eastern Europe that rely heavily on U.S. military protection through NATO have taken the toughest line. Among big Western countries, the picture is varied, with Germany so far stopping short of hard restrictions on Huawei. Some countries are undecided while others, like Denmark, have taken surprisingly tough measures.

After a year of debating 5G risks, all EU countries are meant tell the blocs executive branch in Brussels before the summer how they plan to implement new security measures.

The measures come after EU countries in January adopted a joint strategy for governments to limit Huaweis market dominance and ease up on using Chinese equipment. Several countries have since turned that strategy into law, and cybersecurity authorities are set to release a progress report by end-June.

In the coming months, some countries may yet decide to tighten or loosen their approach, with telecoms operators playing a key role. The CEOs of giants including Deutsche Telekom, Vodafone and Telefónica urged governments in mid-March to “ensure that corresponding costs are compensated through adequate measures, including fiscal measures.”

Behind closed doors, telecoms officials have gone further, threatening to sue governments that impose extra costs. And in countries like Germany and Poland, security hawks have warned that operators are looking to strike 5G deals under existing, weaker rules on using Chinese equipment-makers before tougher restrictions come into effect.

Heres a closer look at how European countries have responded to the Trump-led campaign on Huawei:

Friends to the east

Early on in the debate, Washington secured the support of Romania, Poland, Estonia, Latvia and the Czech Republic, all of which have signed joint statements or memorandums with the U.S. government on 5G security.

These are nonbinding, political pledges that, if implemented, would cut market access to suppliers that are subject to foreign interference, lack transparent corporate ownership structures and violate international ethical norms and intellectual property protections.

While the statements send a clear signal, they have little value if they are not backed up by law forcing telecoms companies to abide by their terms.

In Poland, the government in past weeks fast-tracked legislation on 5G security to make sure the next spectrum auction would include tougher rules on high-risk vendors, overriding the telecoms regulator. Warsaws digital minister said in February the country would restrict “high-risk” 5G telecoms vendors in ways that go beyond security controls proposed by the EU.

In Estonia, parliament has passed amendments to its Electronic Communications Act that would require operators to coordinate with the countrys communications authority on 5G rollout. That means input from the countrys security and intelligence services, opening the door to more restrictive measures against high-risk vendors.

The Czech Republic proved a strong advocate of the U.S. approach on the European stage, anchoring the “Prague Principles” that built a Western consensus around Chinese vendors.

If any capital has been hard to convince, its Berlin.

The German government was one of the first to be courted by U.S. diplomats about the issue — and quickly rebuffed their arguments.

Skepticism about Washingtons allegations against Huawei fueled Berlins caution, but so did the governments trauma of U.S. surveillance practices and the hacking of German Chancellor Angela Merkels phone years earlier. Whats more, Germanys leading operators Deutsche Telekom and Vodafone have existing 4G telecoms networks that rely on Huawei for well over half of their total makeup. The German government also fears that barring the Chinese vendor would heavily damage its ties with China, its largest trading partner.

However, the debate is ongoing. After months of pressure from parliament and Merkels smaller coalition partner, the interior ministry earlier this month proposed a draft law, seen by POLITICO, that would increase security requirements for 5G suppliers, including granting that ministry new powers to block nontrusted suppliers from the market.

But its unclear how the government plans to assess suppliers trustworthiness. Merkels allies in the government are still skeptical of any hard restrictions on using Chinese equipment. 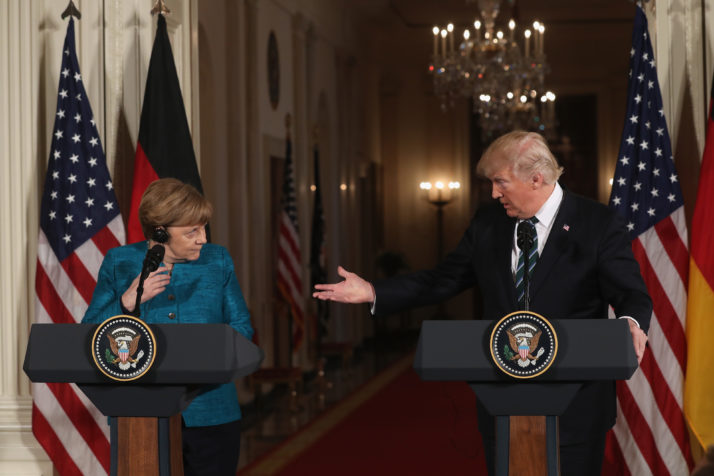 “The real meat is in how this gets done, and who decides on trustworthiness,” said Thorsten Benner, director of the Global Public Policy Institute. “Were dithering and allowing companies to create insecure networks.”

France has sought to take a leading role on 5G security in Europe as part of efforts to put itself front and center of international affairs.

The country already had national security checks on operators cybersecurity policies and on their use of vendors in key parts of its networks. Last year, it added provisions in its national telecoms laws that allow the prime ministers office, through the cybersecurity agency, to block operators use of “RAN” network equipment like base stations and antennae if doing so would harm national security.

“Since the beginning of December operators must obtain an authorization from the prime minister for any deployment of base stations,” Guillaume Poupard, the countrys chief cybersecurity official, said in February. That means the government, through Poupard, can block deployment if they dont like the supplier of the kit.

“We consider telecommunication operators as critical operators,” Poupard said. “They have to work with us in order to protect our networks. They cannot only try to make money.”

Frances model — which avoids naming Chinese vendors — is one of heavy government oversight and intervention over the 5G rollout process.

Huawei has sought to nudge Paris decision-making by promising millions of investment in a first-of-its-kind European manufacturing base. But a diplomatic spat involving Beijings ambassador to Paris has caused tension between the two countries, with little news on the factory plans since the pandemic hit.

Several European countries stand out in their strategic importance — both for Huawei and the U.S. government.

Italy, the EUs third largest economy, early last year expanded its “golden power rule,” a trade defense tool that allows the government to block contracts between operators and equipment vendors. At the end of last year it passed legislation on a cybersecurity “perimeter” that would impose new requirements on telecoms and IT services used in “strategic” sectors. The government is now finalizing a list of businesses, sectors and government organizations that would fall under the tighter regime.

In Belgium — another strategic country because it houses NATO headquarters and the main EU institutions — intelligence services advised the government to limit the use of “non-trusted suppliers” and officials are drafting the legal provisions that are expected to cut Chinese vendors at least from “core” network parts. 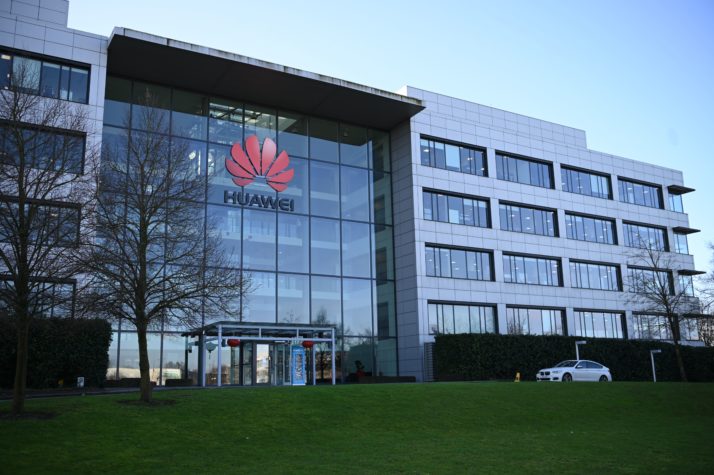 The Dutch government, seen as traditionally close to the U.S. on cybersecurity and intelligence issues, in December adopted new provisions that allow it to ban vendors from the market if there is a suspicion that they could sabotage a network or that have close ties or legal obligations to foreign governments that harm security. The Netherlands earlier flagged that it would require operators to ban high-risk vendors from “core” networks.