LISBON — Tim Berners-Lee, the creator of the world wide web, has no regrets.

Despite trolls, misinformation and harmful content filling up the internet, the 63-year-old British engineer said he believes the positive effects of his creation outweigh its downsides — though he warned about the need to keep the web open and free for all.

“I dont regret creating the web,” Berners-Lee told POLITICO at Web Summit, a technology conference in the Portuguese capital.

But, he added: “A couple of years ago, I realized there was a change of attitudes. We cant assume that connectivity will inevitably lead to more understanding.”

Twenty-nine years after Berners-Lees invention, his World Wide Web Foundation published a manifesto on Monday urging governments and companies around the world to boost connectivity, give people greater control over their data and provide a safe haven for debate.

His call for greater control over personal data echoes a shift among policymakers, who on both sides of the Atlantic are pushing for greater restrictions on the global digital ecosystem.

From a digital tax in the United Kingdom to multibillion-euro antitrust fines from the European Commission against Google, officials are moving to sanction and impose rules on digital giants.

Digital rights campaigners are similarly trying to keep the web open to all, avoiding a so-called splinternet in which different countries or regions follow contrasting rules of the online highway. Tech giants are also looking to reshape their relationship with users amid concerns that the balance of power has shifted too much in favor of some of Silicon Valleys biggest names, particularly in light of recent data scandals at tech giants like Facebook.

“We believe we need stronger rules that give people greater control,” Mounir Mahjoubi, Frances digital minister, told POLITICO in Lisbon. “The web cant just be decided by the strongest actors.”

France is the first government to sign up to Berners-Lees new pledge, whose goals include promises to make it easier for all to access the internet, protect peoples rights online and keep the web safe from harmful material.

The European government joins 57 other organizations, including Google and Facebook, which similarly have pledged to spend the next six months working together to draw up proposals for how such lofty expectations can be put into practice. The aim, according to the Web Foundation, is to hold regular meetings between now and May, to hammer out the details and unveil a so-called contract for the web in late spring 2019.

“A lot of discussion is a first good step,” Berners-Lee said. “We can set the agenda for lots of people.”

From talk to action

Much will depend on how the disparate organizations — everyone from Google and Facebook to Access Now, the digital rights group, and Tom Wheeler, the former head of the U.S. Federal Communications Commission — work with each other.

Despite common ground over removing the worst malicious content from the web and giving people control over their online information, many of these groups and individuals stand on different sides of the debate over how the internet should be regulated.

Such differences — including the role of large tech players in wider society and potential restrictions on government surveillance — are likely to come to the surface as Berners-Lees Web Foundation seeks to find compromises between the players over the future of the web.

Frances involvement in the project is particularly calculated.

While Emmanuel Macron, the countrys president, has made it his goal to make France more welcoming to startups and the rest of the tech industry, his government similarly has been championing the need for more regulation over large tech companies, as well as the potential imposition of new taxes on revenues generated from digital services.

“France wants to lead the way,” said Mahjoubi, the French digital minister. “We want to make the web impactful for the whole of humanity.”

CORRECTION: An earlier version of this report misstated how old the world wide web is. It is 29 years old. 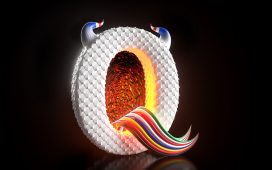