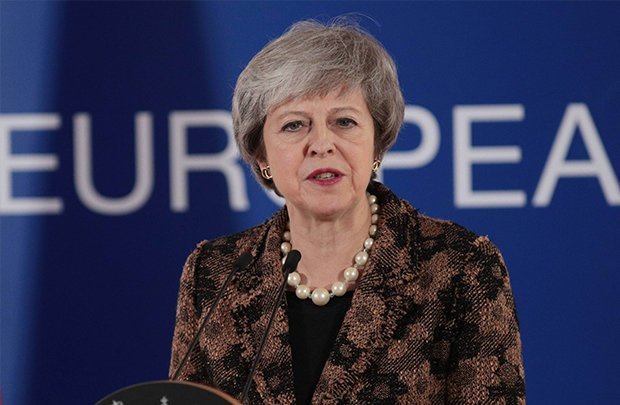 Cabinet tensions over EU withdrawal remain at boiling point and the Prime Minister will speak to the House of Commons on Monday to say that the integrity of the nations politics is in danger.

“Let us not break faith with the British people by trying to stage another referendum,” she said.

“Another vote which would do irreparable damage to the integrity of our politics because it would say to millions who trusted in democracy that our democracy does not deliver.”

It comes as those close to Mrs May denied that they were pushing for a fresh referendum and Solicitor General, Robert Buckland, put his name behind a free vote in the Commons on Brexit.

Politicians are torn between giving the public a final say on membership of the EU or sticking with their initial referendum decision.

Leading Brexiteer and former foreign secretary Boris Johnson did not hold back claiming: “A second referendum would provoke instant, deep and ineradicable feelings of betrayal."

However, Dame Margaret Beckett, Labours former foreign secretary feels it is the logical route to take.

She said: “The case for the public being given the final say is becoming so overwhelming that people from all parties and of none now recognise that this is the best way forward for our country.

“A new public vote would be different from the referendum in 2016 because we now know more about what Brexit means.”

Mrs May faces a Cabinet meeting on Tuesday with ministers having spoken out and given strong opinions on Brexit.

Foreign Secretary Jeremy Hunt said Britain would “prosper” even if it quit the EU while Work and Pensions Secretary, Amber Rudd, was adamant that the country shouldnt leave the EU without an agreement.

Parliament should be given the chance to say what it would agree with if it voted down the Prime Ministers Brexit deal, said Business Secretary, Greg Clark.

He told BBC 4s Today programme: “I think, obviously its important once the Prime Minister has finished her negotiations with other European leaders and the Commission that Parliament votes on that.

“If that were not to be successful, we do need to have agreement, we cant just have continuing uncertainty and I think Parliament should be invited to say what it would agree with.

“I think that businesses up and down the country would expect elected members to take responsibility rather than just be critics.”