The Prime Minister has delayed the vote in the hope that she can seek concessions from the EU, namely on the fraught issue of the Northern Ireland backstop agreement.

She told MPs she made the decision to delay the Brexit vote having “listened very carefully” to her critics, including dozens of Eurosceptic Tory backbenchers prepared to vote it down.

"While there is broad support for many of the key aspects of the deal on one issue – the Northern Ireland backstop – there remains widespread and deep concern," she told parliament amid jeers and heckling from MPs.

"As a result, if we went ahead and held that vote that deal would be rejected by a significant margin.

"We will therefore defer the vote scheduled for tomorrow, and not proceed to divide the House at this time." 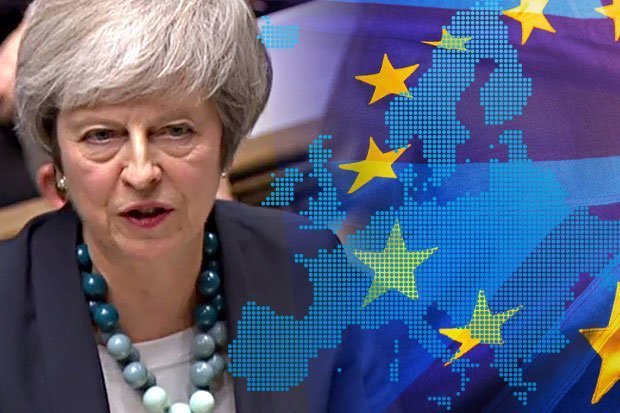 STAND ASIDE: Jeremy Corbyn said the delay shows the government is in 'disarray' (Pic: SKY NEWS)

WESTMINSTER CHAOS: The PM said the deal would have been defeated by a 'significant margin' (Pic: SKY NEWS)

Stressing her “duty to honour” the 2016 EU referendum, she asked MPs: “Does this House want to deliver Brexit?”

The shock announcement comes just hours after Downing Street said the “meaningful vote” would go ahead while Brexit secretary Stephen Barclay said it was "100% happening on Tuesday" on the Andrew Marr Show.

In response, Labour leader Jeremy Corbyn said the delay shows the government is “in disarray” over Brexit and urged Mrs May to “stand aside” for his party to take over.

"The prime minister is trying to buy herself one last chance to save this deal,” she told MPs.

“If she doesn't take on board the fundamental changes required, then she must make way for those who can."

“The deal would be rejected by a significant margin”

Her statement provoked a furious response from MPs across the House, with leading Brexiteer Jacob Rees-Mogg demanding that she “governs or quits”.

Tory grandee Ken Clarke told Mrs May there was "no predictable majority for any single course of action going forward" and therefore no EU government would negotiate any new arrangement.

Even speaker of the House, John Bercow, have her a tongue lashing, accusing her of “discourtesy” for abandoning the vote after four days of debate.

The backstop protocol, which is essentially an insurance policy to prevent a hard border between Northern Ireland and the Republic of Ireland in the event of a no-deal Brexit, is anathema to many Tory MPs.

Because the backstop could be in place “indefinitely” according to legal advice give to the government, Tory MPs fear Britain could remain tied to the EU for years if negotiations break down.

DRESSING DOWN: john Bercow accused her of 'discourtesy' for abandoning the vote (Pic: SKY NEWS)

In a day of Brexit chaos:

In attempt to reassure the House, the PM said: "I spoke to a number of EU leaders over the weekend, and in advance of the European Council I will go to see my counterparts in other member states and the leadership of the Council and the Commission.

"I will discuss with them the clear concerns that this house has expressed. We are also looking closely at new ways of empowering the House of Commons to ensure that any provision for a backstop has democratic legitimacy."

On the question of second EU referendum to break the deadlock, Mrs May batted away the suggested, arguing that it would lead to a “a significant loss of faith in our democracy”.

The Labour leader warned an "extremely serious and unprecedented situation" had emerged after Mrs May pushed back decisions on the Brexit deal, adding: "The Government has lost control of events and is in complete disarray."

But after he attacked Mrs May for her handling of the Brexit process, Liberal Democrat leader Sir Vince Cable further put the boot in before appealing to the Opposition leader to act.

Sir Vince said: "With the fiasco today, the Government has really lost all authority.

"Let me just say that I and my colleagues will fully support the Leader of the Opposition (Mr Corbyn) if he now proceeds to a no confidence vote, as duty surely calls."